Millions of people fall ill by consuming food contaminated by Campylobacter each year in the United States. The Centers for Disease Control and Prevention (CDC) estimate 1.3 million illnesses are being caused by this bacteria annually. If you are diagnosed with Campylobacter, it is critical to speak with an experienced campylobacter lawyer who can help protect your rights and seek compensation for your suffering on your behalf.

Why Pick our Campylobacter Lawyer?

What is Campylobacter, and How Does it Make People Sick?

Campylobacter is a bacteria that causes food poisoning in humans, called Campylobacteriosis or also known as campylobacter infection. Campylobacteriosis is one of the most common diarrheal illnesses in the U.S. affecting about 14 people each year for every 100,000 people, according to the Foodborne Diseases Active Surveillance Network (FoodNet). That’s not including the cases that are undiagnosed are not reported.  Most occurrences of Campylobacter poisoning happen as individual cases, rather than part of an outbreak, and increase during the summer.

Once Campylobacter bacteria has entered the body, it begins to attack and infect the lining of both the small and large intestines and can also spread to and affect other parts of the body.  Very young children and people with weakened immune systems and/or a chronic illness are at higher risk and susceptible to bacteremia, which is when the bloodstream gets infected.

Once Campylobacter bacteria is ingested, symptoms usually begin within 2 to 5 days and include:

Symptoms tend to last around a week, although people that have been infected may continue getting rid of Campylobacter bacteria in their stool for several weeks after recovery. Because of this, there is a higher risk of transmitting it to another person. Some people who are exposed to the bacteria do not show any signs or symptoms.

When campylobacteriosis becomes severe, the antibiotics azithromycin and ciprofloxacin are used by physicians to treat it. However, in some cases the infection can become stubborn and resist the antibiotics. When this occurs, the person being tormented by the antibiotic-resistant bacteria may stay ill longer because the infection is difficult to treat. Resistant campylobacteriosisis not only prolongs the ailment, but increases medical expenses for the victim, as well as threatens public health.

As mentioned previously, people with weakened immune systems, such as people with the blood disorders thalassemia and hypogammaglobulinemia, AIDS, or people receiving chemotherapy, Campylobacter can potentially spread to the bloodstream and cause a life-threatening infection called bacteremia.

In a few cases, campylobacteriosis can lead to long-term ailments, but this happens infrequently. Between 1-5% of people infected will experience reactive arthritis (a type of joint inflammation) and 5–20% will acquire irritable bowel syndrome for a limited amount of time. Guillain-Barré syndrome (GBS, an uncommon autoimmune disorder) is diagnosed in 1 out of every 1,000 of those that have been exposed to Campylobacter bacteria. GBS can be triggered when a person’s auto immune system has endured a previous infection, like campylobacteriosis. The autoimmune disorder can cause muscle weakness and possibly even paralysis. Symptoms can last anywhere from weeks to several years. Treatment usually involves intensive medical care. Full recovery is probable, but nerve damage experienced could be permanent. GBS has been fatal in some cases. The CDC states that as many as 40% of GBS cases could be triggered by Campylobacter infection in the U.S.

How Is It Spread? Common Sources

There’s one species of Campylobacter bacteria that most commonly infects humans, called Campylobacter jejuni. Most infections are the result of eating raw or undercooked poultry. Other foods can easily become contaminated by coming into contact with the infected poultry. An example for when this could occur is if a cutting board is used for already prepared foods or food that is eaten raw like fruit or vegetables, without having washed it when it was previously used to prepare raw chicken. Another possible way of contracting the Campylobacter infection is by contact with dog or cat feces. It is rare that the bacteria spreads from person to person and even more rarely, that people are infected by way of blood transfusions.

Sources of past outbreaks of Campylobacter bacteria have most often been poultry, produce, untreated water, and unpasteurized dairy products.

One in five cases of the disease develop after traveling internationally, as reported by FoodNet.

How Do I know if I Have a Case For Campylobacter Food Poisoning?

First of all, consider how severely ill you became. If you were sick and running to and from the bathroom for less than 24 hours then your case may not be worth the time and money to pursue.  If your illness was much more serious, such as requiring a hospital stay and ongoing treatment, then it may be worth taking legal action.

In the state of Texas, food poisoning falls under product liability claims. Under this legal theory, you have been sold a defective product (infected food) and it has therefore caused you harm (campylobacteriosis). You will be required to provide evidence to prove that you were sold a contaminated product that directly made you ill. If you are able to provide this evidence then you absolutely have a Campylobacter food poisoning case, but unfortunately this can be difficult to do, especially without the help of an experienced Campylobacter attorney.

Here’s what proof you’ll need for your claim:

If multiple people were affected from the same product, retailer, distributor, or manufacturer then your chances of a successful claim are much higher. When an outbreak occurs, government health officials will usually step in to confirm the pathogen and discover its source in order to prevent further illnesses. The only proof you would still need to provide is that you consumed the product.

Suspect food products are collected from a sick person’s home, a retail location, or from a food manufacturer by investigators in order to test and try and find the bacteria that is causing the spread of Campylobacter bacteria.

Pulsed-field Gel Electrophoresis (PFGE) is a type of laboratory technique that scientists may use to discover a DNA fingerprint for a group of bacteria. Once a DNA fingerprint is created, a software program known as BioNumerics* is used to analyze it, then its pattern gets uploaded to the national database. At this point, PulseNet will investigate the pattern to see if it is causing an outbreak or it is part of an ongoing outbreak.

PulseNet is a national laboratory network that was created in 1996 to compare the DNA fingerprints of bacteria from patients in order to find reports of the same disease, which could mean a possible outbreak, according to the CDC.

How to Report an Outbreak

Campylobacter Lawyer answers: Who Can Be held Liable?

Any and all parties that might be responsible for the food that ultimately gave you campylobacteriosis. This list can include any person or company involved in the chain of distribution of the contaminated food product. Those that can be named as defendants include food manufacturers or processors, food retailers such as grocery stores or restaurants, food suppliers, distributors, wholesalers, and anyone else who may have caused the contamination by coming into contact with the food.

Reach Out To An Experienced Campylobacter Lawyer 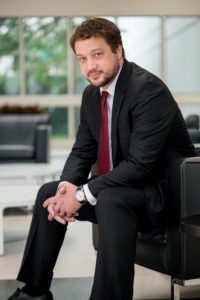 If you or a loved one has suffered substantially due to being exposed to Campylobacter bacteria, causing unexpected medical bills and other expenses due to the infection, then our campylobacter lawyer at The Lange Law Firm, PLLC are available to help. Our experienced team of Campylobacter attorneys have successfully advocated for our clients in recovering financial compensation for their losses. Fill out our online contact form or call today to receive free legal counsel and a no obligation case evaluation.