No Planes, Trains, or Automobiles.  8 Worst Food Poisoning Bacteria and How they Get Around 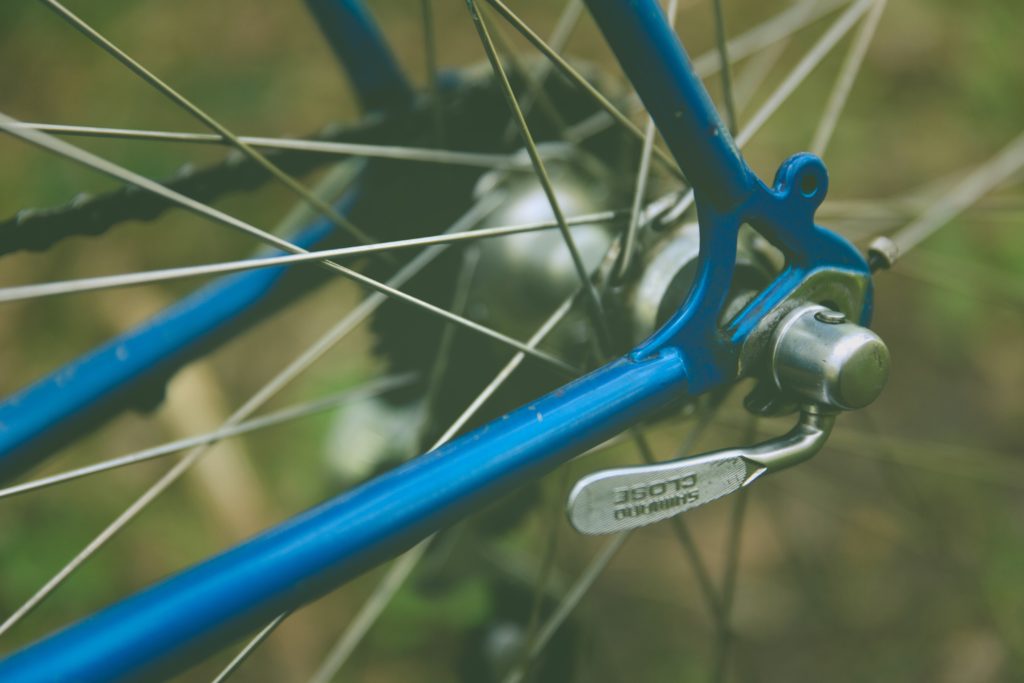 The 8 worst food poisoning bacteria. Smaller than the eye can see, those microscopic microbes move around and reproduce to numbers that can make us sick.  Vomiting, diarrhea, dehydration, or worse.  The Center for Disease Control and Prevention estimates around 48 million Americans fall ill from food poisoning each year.

This results in about 128,000 hospitalizations and 3,000 deaths each year. When harmful bacteria contaminate our food or get inadvertently consumed, food poisoning symptoms may develop as fast as 30 minutes after contact all the way up to days after eating the tainted food.  That is fast.  But how do they move around?  Not by boat, car, or train.  No.  These little boogers have to move themselves around.  Or let us do it for them.

Let’s take a look at what the CDC considers to be the top 8 worst offenders and explore how they move.

Salmonella is a group of bacteria responsible for the illness salmonellosis.  This is the most common cause of foodborne infections, hospitalizations, and deaths.  This bacterium lives in the intestinal tract of humans and other animals and can be found in many different food products.  Common foods include raw and undercooked eggs, undercooked poultry and meat, contaminated raw fruits and vegetables, and unpasteurized milk and dairy products.

Some subsets of Salmonella bacteria are armed with a “needle-like complex” that it can use to penetrate cells in the human intestinal tract.  Once they stab their way in, they have long whip-like “tails” that allow them to move around freely.  They propel themselves, much in the same way that an eel moves through water or a snake moves through sand.

Clostridium perfringens is often shortened to C. perfringens.  This bacterium is affectionately called the “buffet germ” in that it is often found in large portions of food.  Foods like casseroles, stews, and gravies sitting around at room temperature in the danger zone – between 40 ºF and 140 ºF.  While it can grow easily and reproduce in these food products, they often become contaminated with external factors such as dirty hands.  This bacterium is commonly found in environmental sources such as water, wastewater, soil, and found inside the intestines of humans and animals.

The bacteria alone cannot move.  It is simply a gram positive, rod-shaped bacterium.  But it has a few tricks up its sleeve.  C. perfringens can form metabolically dormant spores which allow it to survive in environments most bacteria cannot.  In spore form, the bacterium can wait out moist heat, dry heat, high pressures, pH-induced stress, and even prolonged frozen storage and UV radiation.  Not only that, but it can produce toxins, which cause the most harm to humans.  Various C. perfringens strains can produce at least 15 different toxins.

Campylobacter illness is a common diarrheal illness.  This is a hearty bacterium that can be found in raw and undercooked poultry or meat and cross-contaminated foods with those offenders.  Major symptoms include diarrheal illness (often bloody), vomiting, nausea, and fever.

Campylobacter moves around with assistance of how it is shaped.  The bacteria are thin, spiral shaped, gram-negative rods.  The spiral shape helps it move in a corkscrew fashion, drilling itself around.  In addition to that mode of movement, it can extend its harmful reach by producing toxins.

Staphylococcus aureus is a commonly found bacteria on the skin, throats, and nostrils of healthy people and animals.  This naturally occurring bacteria is generally harmless, unless it makes its way from outside of the body to the inside.  Foods that come in contact with hands and those that do not require additional cooking are the highest risk.  Sandwiches, bakery products, and salads are the most susceptible.

Staphylococcus aureus is cocci-shaped, meaning it is round in shape.  It arranges itself in grape-like clusters but cannot move on its own.  It isn’t completely vulnerable though.  It has strengths in its ability to produce a biofilm, it can block immune activities launched against it, and has proteins that help it bind to others like them and cell walls.  It counts on humans to transfer it from the outside of the body to the inside of the body.

Escherichia coli, also known as E. coli is that name assigned to a large group of bacteria.  Most are harmless, but there are some that can make you very very sick.  One of the more famous strains known in foodborne illness is E. coli O157:H7.  This strain is often found in raw or undercooked ground beef and unpasteurized beverages and dairy products.

Like some other bacteria, E. coli has a tail like flagella that it uses to move.  But what makes E. coli interesting is that it moves differently depending on the environment that it is in.  The thicker the liquid the more streamlined its movement.

When living and moving in a thinner liquid, like water, it can be seen moving in a “run and tumble” swimming fashion.  For example, it will swim in a straight line for a moment, then tumble and change directions again.  This process is random and unpredictable.

The thicker the liquid the E. coli is living and moving in, the more streamlined it moves.  The thicker the liquid, the less the braid of flagella are able to separate.  This allows it to rotate together, kind of like a propeller.  It can also shoot itself forward, coiling the flagella and quacking stretching itself out again.

Listeria monocytogenes is the bacteria responsible for the illness listeriosis.  This illness can affect anyone, but symptoms are most serious in the very old, the very young, and those with a compromised immune system.  Pregnant women are at risk of stillbirth and miscarriage.  Listeria can be found in hot dogs, deli meats, unpasteurized milk, raw sprouts, raw and undercooked meat, poultry, and seafood, and unpasteurized juices.

Listeria monocytogenes is also armed with flagella – the whip-like structure. In fact, they often have 5 to 6 flagella. They use this to move around and make their way into the cells.

Norovirus is on of the most common forms of food poisoning, just behind Salmonella.  It is highly contagious and transferred by coming in contact with contaminated fecal matter.  This usually occurs when someone has not washed their hands and handles food or eats.  Young children and older adults are most susceptible to this illness.  The infection is often called viral gastroenteritis but it is often referred to as the “stomach flu.”

Norovirus is different from the other bacteria we have been talking about.  Well, because it isn’t bacteria at all.  It is a virus.  More specifically it is a small virus that contains Ribonucleic Acid (or RNA) that is surrounded by a protein coating.  Essentially it is a single stranded RNA that floats around and can infect a host with as little as 20 copies of itself.

The Toxoplasma is not really a bacteria, it’s the parasite that causes toxoplasmosis.  Pregnant women, infants, older adults, and those with a compromised immune system are most at risk.  Like norovirus, it too is not a bacterium.  But it isn’t a virus either.  Toxoplasma is a parasite.

Throughout its life cycle the parasite takes a few different forms depending on the host that it is in.  Domestic cats are the primary hosts for these parasites.  While inside the cat, they form oocysts (egg like structures) that are shed in the cat’s feces.  Once shed the oocysts sporulate during a process that takes somewhere between 1 and 5 days.  They become infectious at this point.  Here they prey on intermediate hosts such as birds and rodents who become infected when ingesting soil, water or plant material hat has been contaminated with these sporulated oocysts.  Oocysts transform again into another structure called tachyzoites shortly after ingestion, for example when a cat eats an intermediate host (rat or bird).  Once back inside a host, the tachyzoites dig into neural and muscle tissues and develop into yet another structure, cyst bradyzoites.  In humans, these parasites form tissue cysts in skeletal muscle, heart muscle, the brain, and eyes and remain throughout the life of the host.  Scary!

Regardless of how they move, whether with propeller or whipping flagella, strands of DNA, or a series of transformations, preventing infection is important.  Prevention practices include handwashing before and after eating and preparing food, after changing diapers, and after engaging in risky activities such as petting or hanging out in areas where livestock are present.  Segregating foods that are raw from those that are ready to eat and keeping meats separate from all of the above.  Proper internal cooking temperature of meats and other foods as well as proper food storage.

These are just a few of the ways to help keep your foods safe.  Check out MakeFoodSafe.com for more tips on making the food you eat safer.