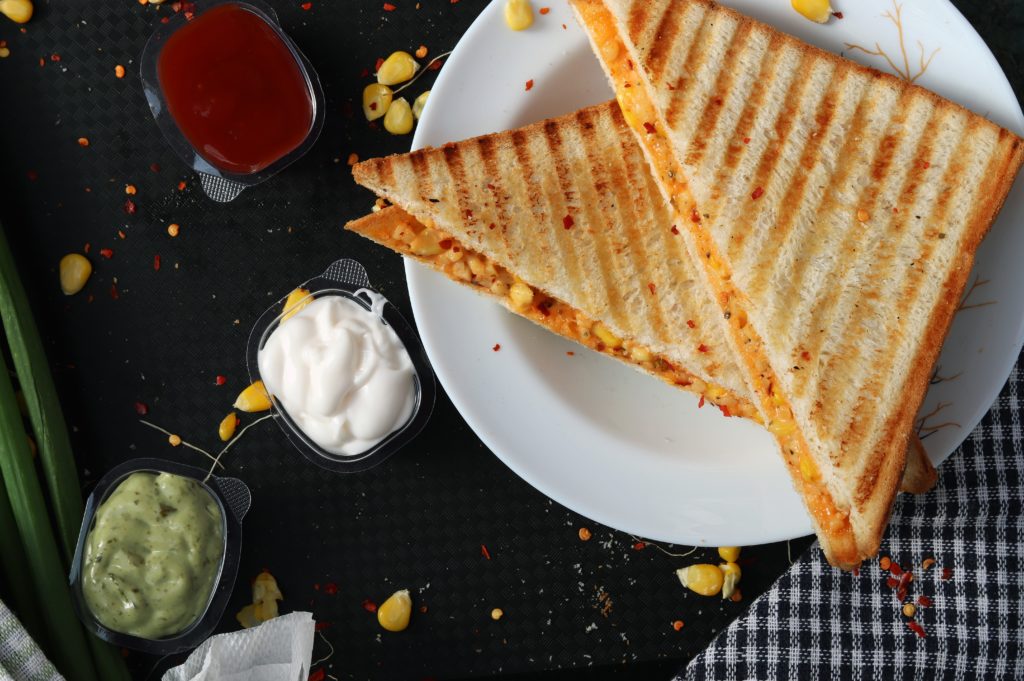 Everyone (except my kids) loves a grilled cheese sandwich. My boys are apparently the odd ones in the crowd when asked about eating grilled cheese the oldest says “I don’t like dirty cheese sandwiches” to which I answer that there is more for me this way. For those of us who are grilled cheese lovers, the month of April is upon us. Happy National Grilled Cheese Month!

Growing up we devoured aged cheddar and loved it on a grilled cheese sandwich. My mom was the one who wasn’t a huge fan, but Dad always picked this type of cheese. It is often seen on a wheel with a bright red wrapping. It is so delicious and savory. Mom was famous for her grilled ham and cheese sandwiches. She would use deli American on each side of the ham and it was something to behold.

We always had cheese of different varieties while I was growing up and I have done the same in my home. We love a good grilled Swiss cheese. An American grilled cheese with soup or even just a few dill pickles on the side.

Grilled cheese is literally a comfort food for me. On sick days from school it was something light to eat and just tasted so amazing when we had ailments.

According to Murray’s Cheese

The grilled cheese sandwich as we know it is less than a hundred years old, and it was born right here in America. Indeed, the modern grilled cheese is a uniquely American creation.

How did this happen? Like so many essential creations, it resulted from the confluence of technology and necessity.

For many Americans, this quickly became a necessity. Sliced bread was first sold in 1928. The next year, the stock market crash and the Great Depression began. Grilled cheese became a staple of the American diet. A generation of children was raised on the sandwich.

It isn’t every day that you come across something so simple and affordable yet so satisfying. Grilled cheese has that crispy, melty thing going for it, what we might refer to as goo-and-chew. And like so many commonplace dishes before it—paella, porridge, etc.—the sandwich proved to be a perfect canvas for creativity. As the economy began to recover, home cooks and chefs alike began to riff on it with more imaginative ideas, finding that you can make grilled cheese in endless fashions. You can make it with Stilton and bacon. You can make it with quince and spinach and feta. You can really make it however you want. And that’s what Grilled Cheese Month is a celebration of.

Mobile Cuisine gives us some fun facts about grilled cheese:

How can you make your grilled cheese better than ever? Plated tells us all about that, too.

Consider that while the month may be nearly over that there is still plenty of time to add a grilled cheese or 2 to your meal planning and while you are at it share your amazing grilled cheese pictures on social media as a way to celebrate all things cheesy!  I may be a little bit on the classic side when it comes to grilled cheese sandwiches, but I am still a fan nonetheless.