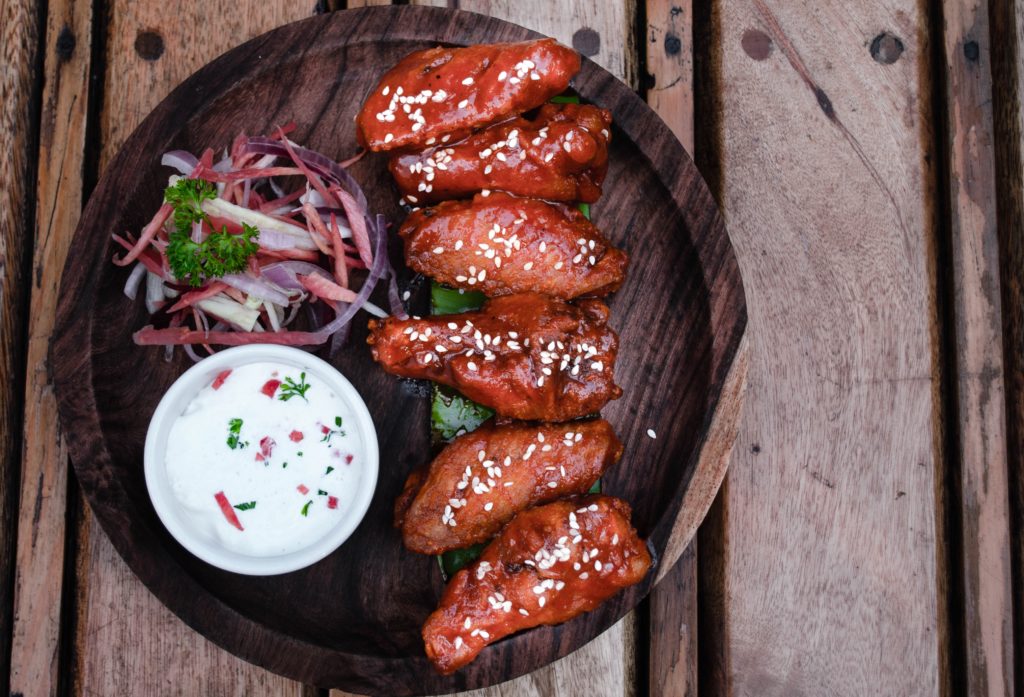 Sometimes your dish comes with ingredients not explicitly mentioned on the menu.  Onions or mushrooms sometimes don’t always make the dish description.  On some occasions you might end up with more than you bargained for.  Oftentimes it is Salmonella, E. coli, or Listeria.  For patrons of a Bloomington, Indiana Buffalo Wild Wings, they may have been served a side of Hepatitis A.

The Monroe County Health Department and Monroe County Public Health Clinic are offering vaccination clinics for customers who ate at the restaurant, located at 1350 W. Bloomfield Road between the dates of January 2 to 6, 2019 due to potential exposure.

A restaurant employee who handled food during those dates was diagnosed with the communicable virus.  Efforts to prevent further spread of the virus are underway.

“While it is relatively rare for restaurant patrons to become infected with hepatitis A virus due to an infected food handler, anyone who consumed food or drink at Buffalo Wild Wings in Bloomington during these dates is recommended to receive a hepatitis A vaccination within 14 days of exposure as further protection from becoming ill,” the health department said in a statement.  “Buffalo Wild Wings is working closely with health officials to prevent any new cases from arising as a result of this case and the restaurant is open for business.”

According to officials, the restaurant was disinfected prior to re-opening.

If you ate at the restaurant between January 2 to 6, 2019 the following precautions are recommended:

Vaccinations for prophylaxis purposes should be administered within 14 days of exposure.  Vaccinations consist of two injections given 6 months apart – though even one hepatitis A vaccine injection can provide up to 95% protection, according to the health department.

What is Hepatitis A?

Hepatitis A is a viral infection of the liver.  Symptoms include: loss of appetite, nausea, tiredness, fever, stomach pain, brown colored urine, and light-colored stools.  The most notable symptom is yellowing of the skin or eyes.  People can become sick up to seven weeks after exposure.

The virus usually spreads when a person unknowingly ingests the virus from objects, food, or drinks contaminated by small, undetectable amounts of stool from an infected person.  This is spread when an infected person does not wash their hands effectively after using the toilet or engages in behaviors that could increase the risk of infection.

Once infected, relapse symptoms are likely.  These relapses can continue for as long as 6 months.  Fatality rates are low for this virus at 0.3% (increased to 1.8% for those over 50 years).  Underlying chronic liver disease is a whole other story.  This particular condition increases the risk of death.

Indiana is a High-Risk State

Indiana ranks as one of several states currently experiencing a hepatitis A outbreak.  The Center for Disease Control and Prevention (CDC) issued guidelines for the current hepatitis A outbreak noting that populations who are homeless, transient, incarcerated, or use illicit drugs – as well as those in close direct contact with those populations are considered an increased risk of exposure to hepatitis A.

“The CDC recommends hepatitis A vaccinations for the following groups:

The Health Department has set up a hotline for questions or concerns related to this outbreak, vaccination, and information.  Reach out to 812-349-2997 for information.

How Does Hepatitis A Get Transmitted Through Food?

Transmission of hepatitis A occurs by what is known as fecal-oral route, often by direct contact with an infected person or by ingesting contaminated food or water.  In other words, by infected poop.  Microscopic and invisible traces of fecal mater are enough to transmit the virus and infect an unknowing host.

Some countries have a problem with hepatitis A contaminated with water.  The United States doesn’t have this problem.  In fact, most transmission is a result of food handler contamination. Many times the person spreading the virus does not even though that they have it.  It takes a little bit of time for symptoms to appear.

Children, though not likely to be a food handler, often show no signs of symptoms.  Less than 10% of children under 6 years show jaundice.  Around 76 to 97% of young adults have symptoms and only around 40 to 70% are jaundiced.

Why are Food Handlers at a Higher Risk?

The median hourly wages for food service workers are generally lower than overall median hourly wage.  Just about 2 out of every 3 food counter attendants are aged 16 to 19 years.  According to CDC data, among 38,881 adults with hepatitis A between 1992 and 2000 who reported occupational data, 8% were identified as food handlers, 13% of those (totaling 3,292 individuals) were between the ages of 16 and 19 years old.

How Can I Protect Myself?

You might be thinking, “I guess I cannot eat out anywhere.”  There is always a risk when someone else is preparing and handling your food.  But that doesn’t mean you have to consume every meal in the safety of your own home.  For hepatitis A, an effective vaccine is available.  Get vaccinated and follow up on the vaccine schedule.  Enjoy those wings.  But be weary.  There is no E. coli vaccine yet.  I suppose we will just roll the dice.