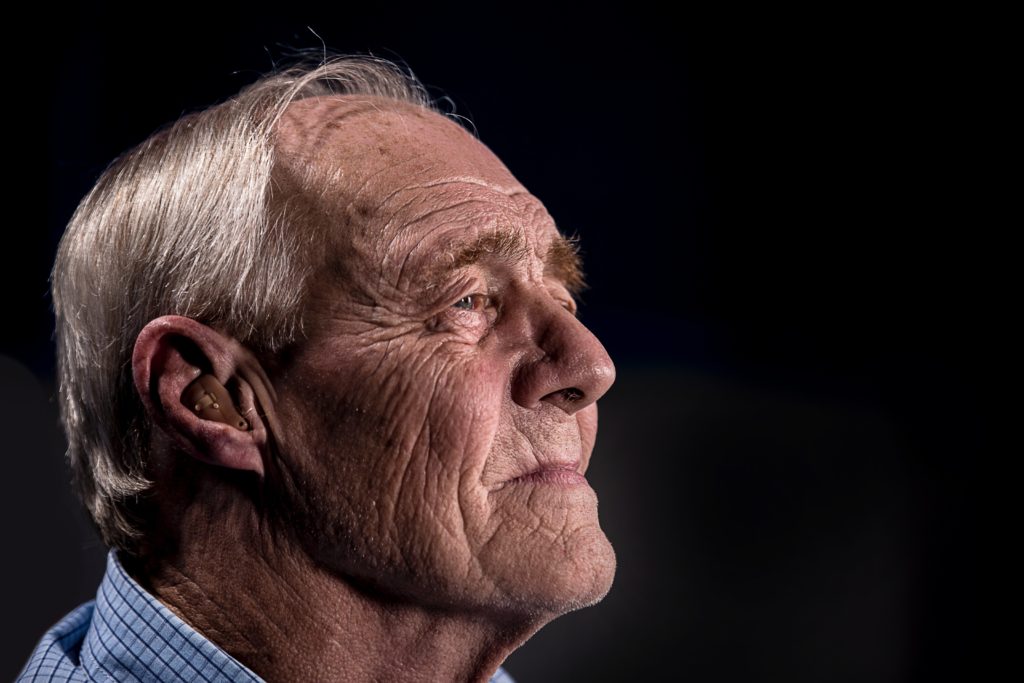 A kind of dangerous bacteria called Clostridioides difficile or C.Diff is posing a threat to very sick and elderly hospital patients. The bacteria are shown to survive on disposable hospital gowns and stainless-steel surfaces even after they have been scrubbed clean, according to a study.

The research was published in the journal Applied and Environmental Microbiology. It stated that C. diff is able to spread easily from disposable gowns used while surgery as well as stainless steel and vinyl surface even after disinfection.

“The [bacteria] also transferred to vinyl flooring, which was quite disturbing. We didn’t realise they would,” said Tina Joshi, lead author of the study and lecturer in molecular microbiology at the University of Plymouth in the UK.

Clostridioides difficile or C.Diff is an infection that causes severe damage to a person’s gut and lead to diarrhea or colitis (an inflammation of the colon). Around half a million infections occur in the US each year, according to the Centers for Disease Control and Prevention (CDC). And 29,000 of those infected die. 1 in 11 people aged above 65, who contract the disease, dies within a month of diagnosis. And 1 in 5 people who get infected with Clostridioides difficile gets it again.

Lab studies done by the researchers also showed that the bacteria didn’t die even when they tried to kill them with concentrated chlorine disinfectant. “Even if we applied 1000 parts per million of chlorine, it would allow spores to survive in the gowns,” Joshi told NBC News.

What’s more, these bacteria evolve. They like to stay one step ahead. With time, they will become more resistant even after using disinfectants and antibiotics.

It is also possible that an increased amount of chlorine can kill the bacteria, but it will only make them more resistant in just a matter of time, added researchers. After that, the strong concentrations won’t be able to kill them.

The bacteria can cause a patient to become sick when he is administered a broad spectrum of antibiotics to tackle another infection. These antibiotics can harm the person’s gut bacteria, and create a perfect space for C. diff to thrive. This allows the bacteria to proliferate through the gut. The person will now start shedding it in their feces. When anyone who gets the C.diff infection suffers from severe diarrhea, the bacteria gets launched into the air and spread to the surroundings. This is when it becomes vitally important that you disinfect clothing, tables, bed and the curtains.

If the decontamination doesn’t happen, the bacteria can infect hospital patients and people in nursing homes when they come in contact with tainted clothing and surfaces.

But if the traditional disinfectants aren’t killing the bacteria, what would work?

As the new study suggests, one option is UV light. By exposing the hospital surfaces to UV light, C. diff bacteria effectively gets killed. However, it is a challenging process. Don’t worry! The researchers have suggested an alternative too. Right now, highly concentrated bleach seems to be the best option, according to Joshi.

If you are caring for patients who are at more risk of getting C. diff infection at home, then using just alcohol-based hand sanitizers is ineffective against the bacteria. Instead, make a cleaning solution with one cup bleach with nine cups of water, leave it on for minimum 10 minutes before using on surfaces.

“That’s a real infection control hazard, because these spores can stick to fibers, We have proven that in this paper,” said lead author Tina Joshi.

The anaerobic C.diff is so good at outwitting the attempts to kill it that it has existed for a million years but came into the radar of researchers only in the past 40 years and has been the focus of intense research for the past 15 years.

Rise of C.diff, powered by antibiotics ….

1970’s saw an increase in C.diff infections – triggered by widespread usage of antibiotic Clindamycin. And with time, use of broad spectrum of antibiotics fueled a C.diff epidemic. Sounds paradoxical? Aren’t antibiotics supposed to kill the bad bacteria? Yes, they are. But as they inhibit or kill the good bacteria, they cause a collateral damage to good bacteria in our gut. When healthy gut flora are disturbed, a void is created. And C.diff happily fills this void as and when it gets a chance.

The reason why C.diff is so common in hospital patients. When you are admitted to a hospital, you are given antibiotics along with other medications to make you feel better. But those antibiotics are like a welcoming dose for C.diff bacteria. The pathogen spreads rapidly through fecal to oral transmission and can cause symptoms like:

The diagnosis is done through stool tests. Doctors and nurses are able to suspect C.diff when they know their treatment includes broad spectrum of antibiotics or they have other risk factors that can lead to infection. Nevertheless, a proper confirmation is necessary.

To prevent C.diff, it is important that doctors use antibiotics wisely. This means only prescribing antibiotics when necessary, focusing on first spectrum of antibiotics and stopping the use of antibiotics when the job is done. Right now, the focus is to develop an antibiotic for C.diff that kills the bacteria without harming the beneficial bacteria in the human gut. The search is heavily funded in the US, by both private and public health institutions.