Can You Tell if Someone Has Food Poisoning Just By Looking at Their Face? 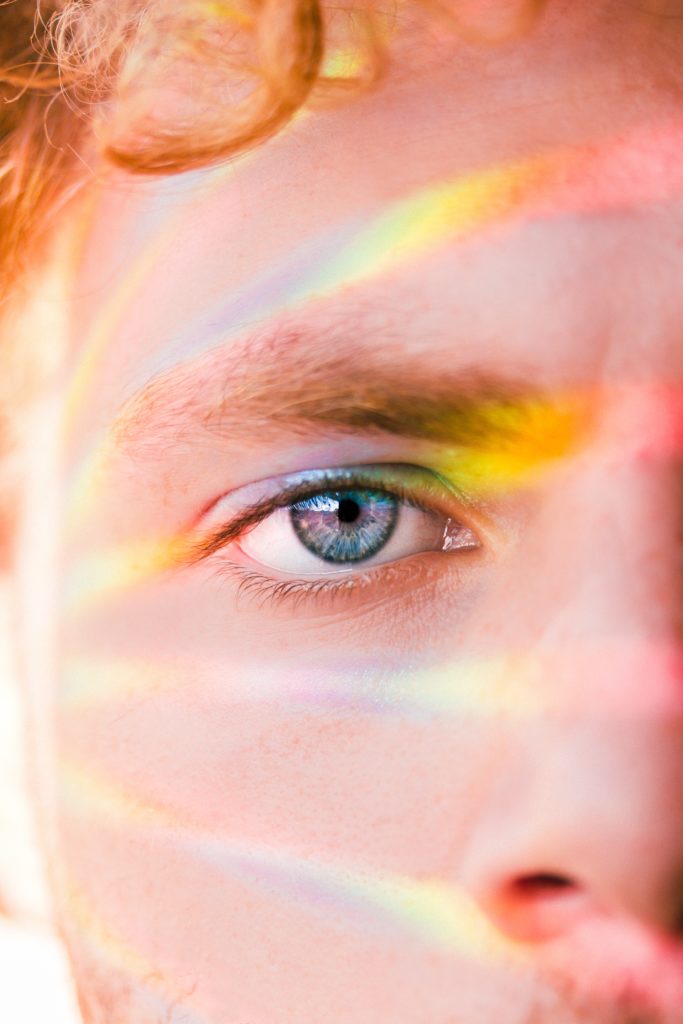 Some of you may have heard of the myth that a person can tell if someone has food poisoning just by looking at their face. You may have heard them comment that this person “looks green” – alluding to cartoon visuals of a face turning green before they vomit.

Let’s put this myth to rest. You cannot tell if someone has food poisoning just by looking at their face.

With so many illnesses like a cold or the flu going around, it can be very difficult to diagnose what a person has without going to the doctor.  It is also impossible to tell if a person has food poisoning from looking at their face.

It is very important to recognize the symptoms and causes, as well as talking to your doctor.

Because the term “food poisoning” is such a broad term, the exact symptoms and severity will vary.  It really depends on the kind of bacteria, virus, or parasite that infects you.  It also depends on how much is in your system and how well your immune system is working to fight of the infection.

The most common symptoms of food poisoning:

A very important fact to keep in mind is the symptoms of food poisoning can start as early as 1 hour after eating tainted food.  Early symptoms include cramps in stomach and gut, diarrhea and vomiting.  The symptoms can last as long as 10 days or longer depending on the exact cause of the infection.

One of the nastiest and most severe type of bacterial food poisoning is botulism. If you or a loved one is experiencing these symptoms, emergent medical attention is highly recommended:

WHEN SHOULD YOU CALL A DOCTOR?

A mild case of food poisoning usually passes on its own with rest and plenty of fluids. But remember, what may be mild for some could be deadly for others. This is why medical attention is always recommended to not only get the treatment you need, but also reduce the risk of potential long-term complications.

However, if any of the following should occur then you should seek medical attention:

If your illness is complicated or severe, your doctor may order the following tests to help diagnosis your form of food poisoning:

Stool Cultures are the most common lab test for food poisoning.  If your symptoms are lingering and you have intense stomach pain or fever along with other symptoms, your doctor will test a sample of your stool to determine if your illness is related to bacteria.  Microscopic exams of stool can identify parasites and which antibiotics will kill it.  Stool test aren’t always accurate, and they can take several days to come back.

Blood Tests are ordered if the doctor thinks the infection has spread into the blood.  Blood test can tell how sick a person is by looking for inflammation and signs of dehydration.  It can also detect the bacteria Listeria monocytogenes and the Hepatitis A virus.

Imaging tests such as MRIs and CT scans aren’t often used in food poisoning cases but they can help rule out other causes of symptoms.

Spinal Taps are used in instances of Listeria poisoning, especially when it appears the bacteria has become invasive to the affected person’s central nervous system.

MOST COMMON SOURCES OF FOOD POISONING

Believe it or not, 48 million people are infected with a foodborne illness in the United States each year.  The Interagency Food Safety Analytics Collaboration published a report which listed what the 48 million people ate which most likely caused them to get sick. Most food poisoning is caused by the four major pathogens that the Food and Drug Administration (FDA), the Centers for Disease Control and Prevention (CDC), and the Department of Agriculture (USDA) have considered to be “high priority.”

The most common foodsresponsible for transmitting each pathogen:

You can’t keep any food down, you’re running to the bathroom every 10 minutes and your stomach feels like it’s doing cartwheels.  You may be wondering if you have picked up a terrible bug or if you have food poisoning.  The clinical symptoms of the stomach flu and food poisoning overlap in many ways. In fact, a common cause for the stomach flu is Norovirus – which is essentially food poisoning.  With either one, you can have vomiting, diarrhea, abdominal discomfort and fever.  The easiest way to determine the cause of illness is to look back at your recent history.

Because the symptoms of food poisoning tend to occur within hours of eating something, try to recall if you ate something that looked questionable.  If other people ate the same thing, ask if they are experiencing the similar symptoms.  If they are, then you probably have food poisoning.

However, if you are the only one who got sick after eating a certain dish, then you probably picked up a viral illness, like Rotavirus from a sneeze, a handshake, or a contaminated doorknob.  The stomach flu isn’t caused by the influenza virus (Flu).  Influenza is a respiratory illness and the stomach flu affects the gastroenteritis area.  Symptoms of the stomach flu usually starts one to three days after exposure.

Both can be treated with rest and fluids however if any signs of serious dehydration occur, seek medical attention.

The best rule of thumb is to always seek medical attention if you suspect food poisoning, and remember to report your confirmed illness to your local health department.