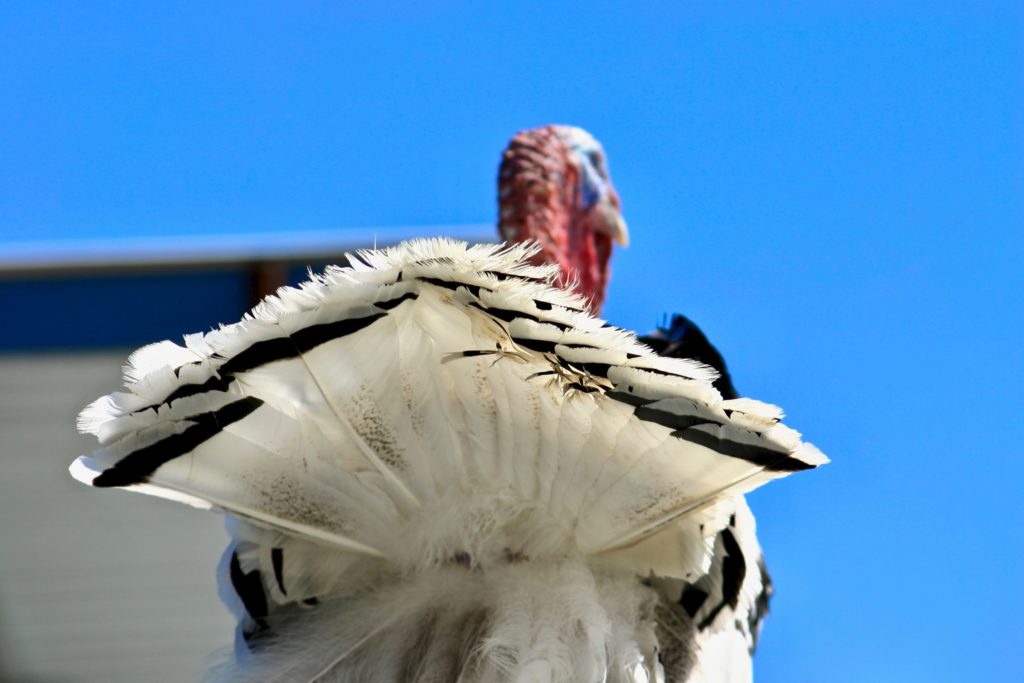 Cargill Meats is planning to expand the turkey-tracing program that they debuted last year. The initiative was piloted in Texas, where Thanksgiving celebrants could check out the provenance of their bird using the power of the blockchain, which was then and is still the cyptographic tech du jour. According to Cargill, the response to the pilot was positive, and they’re expanding the program from Texas to metro areas across the better part of the country on the strength of that response.

Here’s how it works: you amble on down to your local grocer to purchase some provisions for the big day. You needn’t travel all the way to Texas for your turkey, either: Cargill is expanding their program to some 3,500 retail locations across the Midwest, in addition to the metro areas of Denver, Nashville, and Seattle. If you’d really like a blockchain-enabled turkey but don’t live in any of those areas, there’s hope for you too: Cargill has also announced that a limited stock of the traceable birds will be available through the online retailer Amazon.

Once you’ve arrived at a participating location, have a look around for a turkey that’s branded Honeysuckle White. About a third of the Honeysuckle White turkeys on sale across the country this year will be traceable with the technology, which is way up from the one out of 20 turkeys during the pilot; according to Cargill, that’s about 200,000 traceable turkeys, which is up significantly from the relatively limited 60,000 that they had on offer last year.

Last year, the traceable turkeys came from four family farms in Texas; this year, the number of farms has been expanded to 70. According to the Honeysuckle White website, all of their turkeys are sourced from some 700 independent family farms.

Once you’ve got your turkey in hand, you can use a code on the packaging to learn more about the family farm that raised your particular bird. Text the code to Cargill or enter it on the Honeysuckle White website, and the blockchain springs into action: it will tell you where the bird was raised, allow you to peruse the autobiography of the family that runs the farm, check out photos of the facilities, and see a message from the farmer.

This is actually a relatively simple application of the blockchain: the technology is being used to link particular birds to a singular entity (the farm) so that customers can call up a package of information. That’s just one datapoint, and according to Cargill’s press release, it mostly allows you to access promotional information about the family.

The Real Winner of the Program

The blockchain’s real strength isn’t in putting a code on a turkey’s packaging that directs you to a website. You could do that back in 1999. Instead, the blockchain is best used for creating a secure record of everything that’s happened to that turkey from farm to table: how it raised; whether it has any health conditions; who raised it, slaughtered it, processed it, packaged it, and transported it; the locations of each facility it passed through along the way; the dates and results of the most recent safety checks at those facilities; & etc. You get the point.

This is essentially what Walmart, Carrefour and others have been doing with IBM’s blockchain technology. You use the platform to track different food items that are going onto your shelves so that you can record all kinds of relevant food safety data in a ledger. That’s primarily a boon for investigators should safeguards fail and a situation arise where they need to know, let’s say, everything that happened to a particular head of lettuce before it made a customer sick.

If you’d like to, you can make some of that information available to the public, too, which bolsters customer trust and is a step towards that “transparency” thing that everyone’s always talking about. Most agribusiness giants, however, probably don’t want to put all of the information about their production and supply chains out on the table. Even though the blockchain can store a lot of information about particular food products, companies like Walmart and Cargill will likely keep that info close to their chest. Locking down proprietary info is good business; you don’t want your competitors to know too much about what you’re doing, lest they be able to copy or co-opt your methods.

Given that companies probably shouldn’t share all of the information they collect with the blockchain, another question arises: how much information should they share? They can probably do better than Cargill, who hopefully are using their platform to collect useful information about their turkeys and not just to direct customers to a website. Honeysuckle Turkeys are advertised as being antibiotic free across the board; in the case of a brand of turkeys that has both birds raised with antibiotics and those raised without, the blockchain could plausibly be used to give customers specific information about the bird so that they can make more informed choices while shopping.

Blockchain tech could also allow customers to access limited information about a specific turkey’s food safety history without forcing Cargill to spell out how their turkey-processing plants are set up. For example, the tech could potentially be used to tell customers the date of the last food safety inspection at the plant where the turkey was slaughtered. Or when the facilities at the family farm where it was raised were last serviced. This is probably closer to what customers mean when they say they want more transparency from their suppliers — not trendy technology that’s deployed to do the same job that a URL can do. But we’ll stop harping. Just think about it this way, if there is ever a Salmonella or a Campylobacter outbreak, this will help stop it in its tracks.