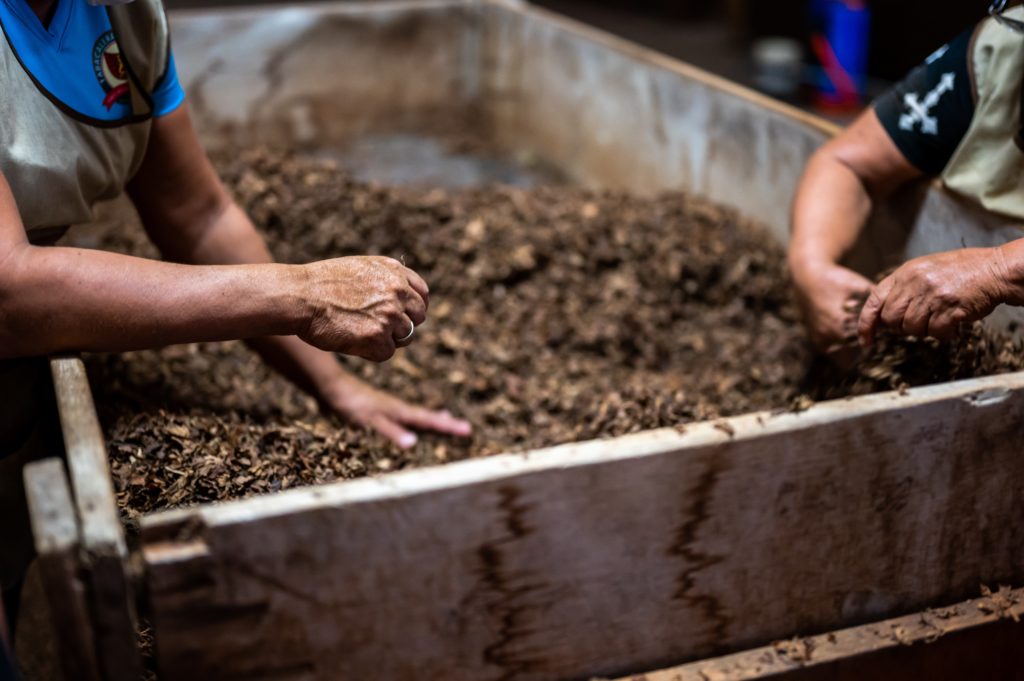 It’s planting season at my house. Mint and scallions are in; carrots are starting to sprout; the celery I planted a few weeks ago has already grown two small stalks. Tubers in the garden are starting to sprout above the ground. Basil transplants are blooming; their mother plant, recently trimmed back, is getting ready to flower again. My gardening operation isn’t much, considering. It’s haphazard, new, and not much to look at. But it is healthy and safe, all thanks to Compost Food Safety!

How do pathogens get into compost?

The process of composting itself doesn’t kill off bacteria or viruses that might make you sick. Composts aren’t inherently bactericidal. They are, in fact, havens for many kinds of bacteria: they teem with life, much of it dedicated to the businesses of breaking down organic matter into its component parts. The sort of foodborne bacteria that causes illness – bugs like campylobacter and E. coli – can and will survive just fine.

There’s a lot of ways that said microbes could make their way into the compost, too.The food scraps going into the compost might have taken all sorts of different paths to get there. Each item on a given day could have been grown at a different farm, processed and packaged at unique facilities, even sold at different grocery stores. Each stop introduces liability: every link in the chain is a potential weakness. Because a compost becomes the depository for all sorts of food, there’s a lot of roads that lead to it which foodborne pathogens can travel.

Another wrinkle is introduced if you’re putting plate scrapings in the compost along with the scraps from your meal prep. Leftover food scraped from a plate is a bit unusual in food safety terms — it’s a situation where the transfer of foodborne pathogens can be inverted so that they travel from person to food instead of from food to person. It’s good practice food waste wise to put your plate scrapings in with the compost, but the practice presents yet another opportunity for pathogens to make their way into the compost.

When you’re cooking with heat, there’s a kill step to ditch pathogens which might be hitching a ride. If you’re throwing out scraps from the prep stage, however, there may have been no kill step applied.

If you want your compost to deactivate foodborne pathogens, you need to make sure that it’s hot enough. Composts generate their own heat: the metabolic action of all those tiny organisms, from microscopic to bug-sized, heat it up like a bunch of people in a crowded room.

If you want to achieve enough heat to cleanse your compost of the pathogens that you don’t want, you need mass. There needs to be enough compost, in each direction, so that you can generate and trap the heat that you need.

And how much heat do you need, exactly? The general recommendation is a temperature of between 130 and 160 degrees fahrenheit. Then, you need to keep it at that temperature for five days. To achieve that heat, it’s generally thought that you need your compost to be at least three deep, wide, and long.

After you’ve kept your compost at that temperature for five days, the pile needs to be stirred or turned, which will add oxygen. Oxygen is one of the key ingredients that the compost needs, along with nitrogen, carbon, and water. Adding a bit should stoke the reaction, allowing you to go for another five days. Once you’ve done this five-day cycle three times over, you can rest easy knowing that any dangerous pathogens in your compost have probably been burned off.

I don’t put animal products in my compost, aside from eggshells. Meat stays out. You can put it in, technically speaking — it’s organic, and it’ll break down over time like anything else. Animal products pose certain risks to your end product that vegetables don’t.

Animals are reservoirs of many of the foodborne pathogens that spread illness; if you’re putting their meat or refuse in your compost, there’s a chance that any soil produced by that compost may be contaminated. Theoretically, a healthy compost should reach temperatures high enough to eliminate any such contaminants. Should it not reach those temperatures, however, you could end up with microbial nasties in your soil that can make you sick.

There are a few other problems with putting animal products in the compost. They stink, for one. A well-maintained compost that’s mostly vegetable matter won’t smell like much of anything at all. Animal products need to be buried at the bottom of the compost. Otherwise, you may quickly find out that they’re more pungent than vegetables.

Another problem with animal products is that they attract more pests than veggies do. I’m not just talking about flies — fruit flies, after all, are about as fond of banana peels and melon rinds as you can get. Meat products, however, are liable to attract your larger scavengers: your raccoons, your cats, your possums, and other midnight mammals looking for something to chew on. A motivated animal of that size can really make a mess of a compost.

Even if you have a model compost, hot enough, properly constituted, the right ingredients, everything functioning as normal: you still have to wash your hands when handling food scraps, dirt from the compost, or vegetables grown in that dirt. There are no hacks or workarounds for personal hygiene, which is still one of the foundational pillars of food safety.

Now, having said that: get out there, get composting, and work on growing some veggies of your own! And don’t forget Compost Food Safety.