Could Something Ominous Be Lurking in Your Lettuce? E. coli Strikes Again! 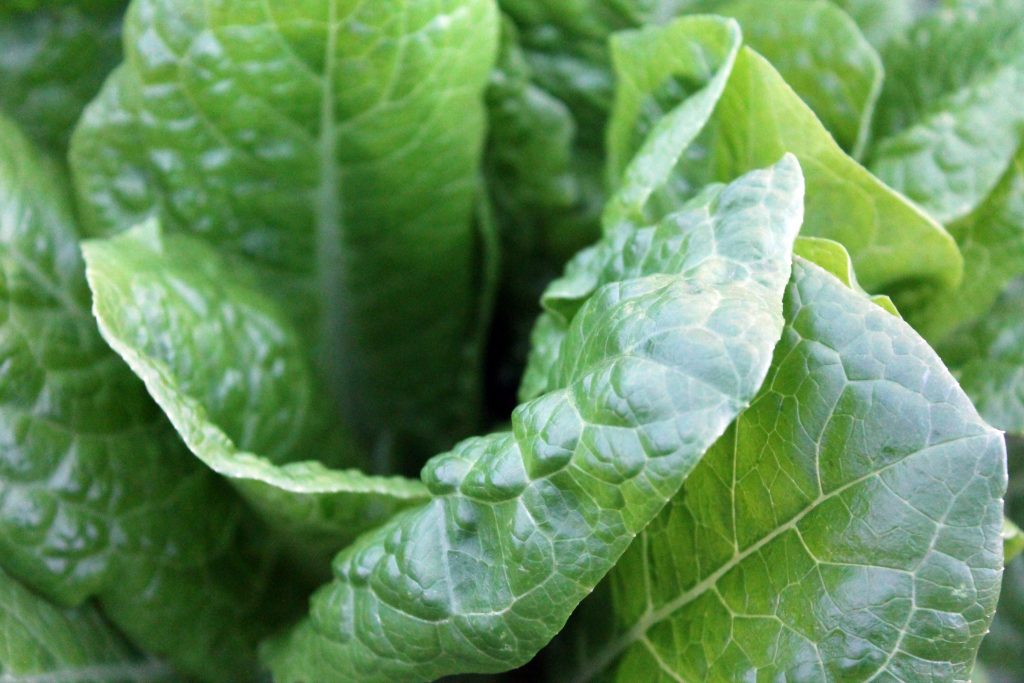 What’s scarier than a monster that attacks anything that makes a sound?  While thankfully we aren’t forced to live in “A Quiet Place,”we yet again living in a world where your salad may try to kill you.

What could an innocent bowl of greens be capable of? Unfortunately, foodborne illness. Another outbreak of E. coli has been linked to romaine lettuce.  This time romaine from the Yuma, Arizona growing region is of interest.  Just like the mysterious alien monsters, the villain has yet to be identified.  No common brand, distributor, or even grower/supplier has been identified.

The Center for Disease Control and Prevention (CDC) issued a statement on their E. coli outbreaks page on April 10, 2018 announcing several agencies such as the United States Food and Drug Administration (FDA), the United States Department of Agriculture (USDA) Food Safety and Inspection Service (FSIS), and several state health departments are investigating a multistate outbreak involving Shiga toxin-producing E. coli O157:H7 infections.  This is a regular bad guy on these agencies’ radar.

E.coli is a bacterium known to occupy the healthy human digestive tract. Most E. coliare harmless, though a few bad seeds make up the family. The villain in this story is a Shiga toxin-producing E. coli (STEC) known as E. coli O157:H7.  As E. coli goes, it is the baddest of the bad. This harmful pathogen is responsible for about 95,400 illnesses each year.  Between 5 and 10% of those diagnosed with STEC infection develop a potentially life-threatening complication called hemolytic uremic syndrome, or HUS.  This severe complication affects the kidneys of the patient resulting in decreased frequency of urination, lose of pink color inside the lower eyelids and in cheeks, accompanied by a very tired feeling. Those with HUS should be hospitalized immediately to avoid kidney failure and other serious problems.

A special hero tool known as PulseNet is a system that identifies illnesses related to an outbreak.  DNA fingerprinting on people who fall ill of foodborne illness. The specific fingerprints (a.k.a. genetic sequences) can trace patients sick with the same bug.  If enough people provide the specific foods they ate leading up to illness, potential food sources could be tested and traced to the outbreak.  The good guys, sans capes, can swoop in to save the day with recalls or public notices to protect the public and return the world to order again.

Initial illnesses reported in New Jersey were uploaded into our hero’s PulseNet system.  On April 9, 2018 a total of 17 people were reported to be infected with the same strain of E. coli O157:H7 across 7 states including: Connecticut, Idaho, Missouri, New Jersey, Ohio, Pennsylvania, and Washington.  At this time, 6 patients required hospitalization and 1 person was diagnosed with the evil HUS.  No deaths were reported at the time.  Investigation was ongoing and no real information was available on the types of foods victims had eaten prior to becoming ill.

The next CDC statement released on April 12, 2018 indicated another 18 people from 9 states were added to the outbreak toll. This now involves 11 states in this multi-state outbreak, including: Connecticut, Idaho, Illinois, Michigan, Missouri, New Jersey, New York, Ohio, Pennsylvania, Virginia, and Washington. Hospitalization cases rose to 22 and now 3 people have been diagnosed with HUS.  At this time the villain has not claimed any lives.

Careful interviews with patients has indicated that illnesses as early as March 27, 2018 might not be included in these statistics, as it takes a bit of time (sometimes 2 to 3 weeks) from the start of illness to reporting.  DNA fingerprinting has also indicated that this E. coli O157: H7 outbreak is unrelated to a previous E. coli O157:H7 outbreak linked to leafy greens, as this bug has a different fingerprint than the last villain.

We do know, however that almost all of the patients reported eating chopped romaine lettuce during the week prior to becoming ill.  Most of the patients reported eating a salad from a restaurant with romaine being the only common ingredient in all of the salads consumed.  Restaurants indicated that bagged, chopped lettuce was used to make their salads.

No common grower or supplier has been indicated, though preliminary information is pointing to chopped romaine lettuce originating from the Yuma, Arizona growing region.

So, what does this mean for you?

How can you fight back?

In this time of food uncertainty, we have armed you with a list of FAQs on what should you know about E. coli, and what you can do to protect yourself and your family from this foodborne villain. And most importantly, to know when to lay low and be quiet and when it is safe to eat the salad.

Escherichia coli, commonly known as E. coli is a large and diverse group of bacteria with many strains, both good and harmful to humans.  It is also the most studied bacteria we know about today.  It was discovered by a German bacteriologist Theodor Escherich in 1885.  E. coli can be found living in the intestines of both humans and animals.

Believe it or not, not all E. coli are bad.  In fact, most E. coli are naturally found in the healthy human intestinal tract and part of our normal digestive mechanics.  Some non-pathogenic E. coli are in the food we eat and even the water we drink.  These non-pathogenic strains of E. coli cause no harm to humans.

When you hear E. coli, even though you now know that not all E. coli are bad, we instinctively begin thinking foodborne illness.  This is not entirely wrong.  Several forms of E. coli can cause us harm.  Illness is generally associated with diarrheal illness, but sometimes can even make its way beyond the intestinal tract into other parts of the body and bloodstream.  The most well known harmful E. coli is known as Shiga toxin-producing E. coli O157:H1.

Shiga toxin-producing E. coli is the most nefarious E. coli of all.  When you hear about an E. coli outbreak, chances are this is the bad guy.  Shiga toxin-producing E. coli or STEC is responsible for about 100,000 illnesses each year, accounting for 3,000 hospitalizations and 90 deaths in the United States.  The most reported STEC in the United States can be tracked to the strain E. coli O157:H7.  This accounts of about 73,000 of the estimated 100,000 infections each year.  A 2005 study indicated that the bill for this illness racks up to an annual cost of $405 million (in 2003 dollars).  This includes a compilation of $30 million for medical expenses, $5 million in lost productivity, and $307 million in premature deaths.

While symptoms can vary from person to person, symptoms generally include tell tale diarrhea (often bloody), severe stomach cramps, and vomiting.  If a fever is present, it is generally not very high and usually less than 101 ºF.  Illness generally begins around 3 to 4 days from eating something contaminated with the harmful bacteria, though the illness can begin anywhere from 1 to 10 days from exposure.  Most normally healthy individuals recover within 5 to 7 days of infections.

While people of any age can consume the pathogen and become infected with STEC, some are more likely than others to develop more serious complications.  The very young, the very old, and those with a compromised immune system are more likely to become infected with STEC.  The very young and the elderly are at risk to develop a severe illness known as Hemolytic Uremic Syndrome or HUS, though even healthy older children and younger adults can become ill.

HUS, or hemolytic uremic syndrome is a potentially life-threatening complication affecting the kidneys as a result of STEC infection.  About 5 to 10% of those diagnosed with STEC end up with HUS.  People with HUS should be hospitalized, otherwise they could experience kidney failure and other serious health problems.  Though most people with HUS can recover within just a few weeks, some may suffer permanent damage and not recover.

Symptoms of HUS develop about 7 days after initial STEC symptoms appear, often as diarrheal symptoms are improving.  Someone with HUS may experience a decrease in the frequency of urination, a very tired feeling, and paleness of the cheeks and lower eyelids.

It is a good idea to contact your health care provider and seek medical attention if you experience diarrhea for more than 3 days or diarrhea accompanied by high fever or blood in the stool.  If you are vomiting so much that you cannot keep any liquids down and you pass very little urine, you are likely becoming dehydrated and should seek medical attention.  If you experience any of the symptoms of HUS, you should contact your health care provider.  Dehydration is a dangerous side-effect of this illness and can cause additional organ issues if not handled appropriately.

STEC is spread through fecal to oral transmission.  This is a polite way of saying that you get sick from eating infected poop.  Though you may not be able to see it with the naked eye, poop is sort of all around us.  Food may be contaminated with microscopic fecal matter from the slaughter process, the things around us may be contaminated with microscopic transfer of fecal matter on objects touched by someone who is infected that did not wash their hands after using the bathroom.

Be a Local Hero

The easiest way to be a local hero is to prevent the spread of STEC from person to person by washing your hands.  But there are several other tips to keep yourself safe from infection.

Is this where the story ends?  Not yet.  The fate is in the hands of the side kicks at the local health departments, FDA, and USDA as well as countless citizens that can do their part in the fight against this super villain.  For now, lay low, stay quiet, and soon the monster will be discovered and we can chat and enjoy our salads again.

In the meantime, the CDC is recommending anyone in the United States that has purchased store-bought chopped romaine lettuce, including salad mixes to not consume the product and throw it away. Even if some has been eaten with no illness observed.  Be safe, not sorry.  Prior to purchasing romaine from the grocery store, be sure that the romaine does not come from the Yuma, Arizona growing region.  If this information is not available, do not purchase or consume it.  Don’t be an easy target.

MakeFoodSafe.com will continue to monitor this outbreak and update as more information becomes available.