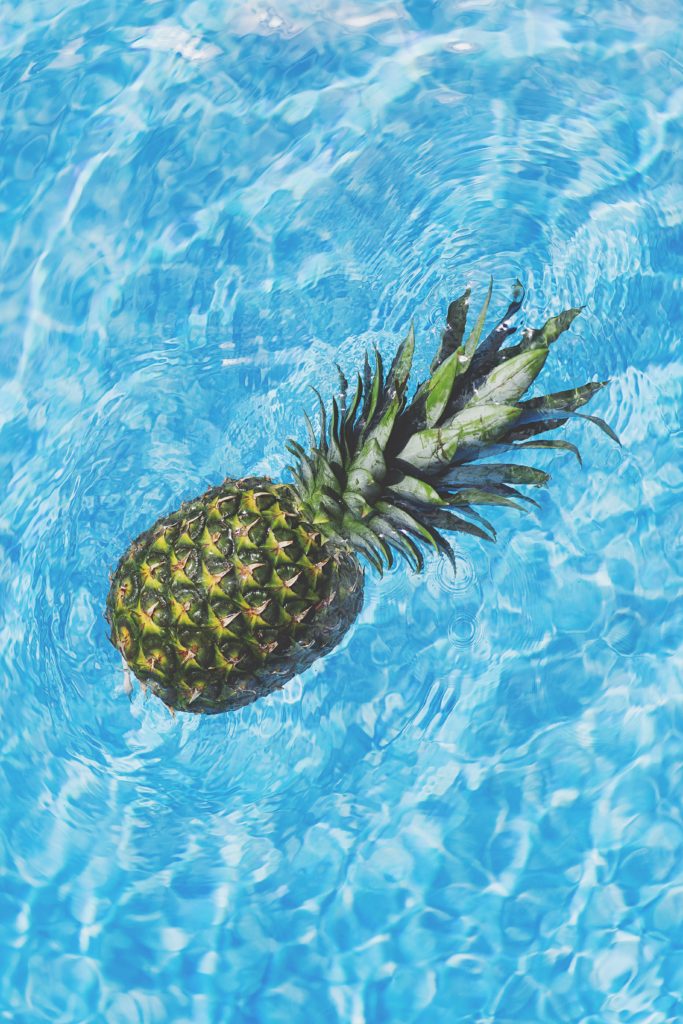 This year on April of 2018, the day marked a strange and important anniversary – the 25th anniversary of the Milwaukee cryptosporidium outbreak. Some 400,000 people got sick over the course of two weeks in 1993, and the event is considered to be the largest outbreak of water-borne disease in United States history.

But surely, this outbreak has nothing to do with me, right? Wrong.

Cryptosporidium may be lurking in your swimming pool. So, as we gear up to get down to this swimming business, let’s take a moment to learn about cryptosporidium (or crypto for short), and why we don’t want to swim alongside it.

So what happened? According to the New England Journal of Medicine, the trouble started at one of two water treatment plants supplying water to Milwaukee from Lake Michigan. This plant, on the southern end of the city, saw its water go turbid and cloudy on March 21st. Something had slipped passed the plant’s filtration system.

That something was cryptosporidium – a tiny parasite that can survive in spores outside of a host for an extended period of time. When it finds its way into the intestinal tract of a mammal, cryptosporidium causes abdominal cramps, watery diarrhea, and a persistent cough. For people with healthy immune systems, it’s more of a nuisance than anything. For the elderly, the very young, and immunocompromised individuals, it can be deadly.

Where did the cryptosporidium come from? There are a few different theories. Initially, scientists thought that the pathogen may have entered into the water treatment plant after it was washed into Lake Michigan as agricultural runoff. Another theory posited that melting ice might have been the source.

A third possible vector was human sewage from a sewage treatment plant a few miles away – the theory thought to be the most credible by the authors of the investigation published in the New England Journal of Medicine. Advances in genetics years after the fact allowed investigators to determine that the genotype of the cryptosporidium indicated it had come from a human source, rather than from agricultural runoff. Although currents and breakers normally shunt the grey water from the sewage treatment plant away from the intake for Milwaukee’s southern water treatment plant, strong storms recorded days before may have inverted usual flows, allowing cryptosporidium-laced water to reach said facility.

Once inside the water treatment plant, water from Lake Michigan is subjected to a multi-stage cleaning process. First, the dirt and pathogens in the water are agglomerated into larger, more manageable lumps of material by adding coagulant to the water and agitating it mechanically. Afterwards, the water is strained through multiple layers of sand and gravel to strain out said lumps of material and pathogens. Next, chlorine is added to water to ensure disinfection.

Something went wrong during this treatment process at the south plant. Treated water stored in tanks and awaiting distribution was considerably cloudier than usual, peaking at two or three times the upper limit of turbidity under usual conditions. Turbidity isn’t necessarily indicative of microbial contamination, and high levels of turbidity had been seen occasionally at both of Milwaukee’s water treatment plants without associated outbreaks of pathogens. Furthermore, the turbid water was within the parameters for safe drinking water set by the government and did not initially seem to harbor any dangerous microbes.

Despite these tests, it was clear that something was in the water. People started to experiences watery diarrhea and fever by the thousands. After the fact, it was estimated that the outbreak affected some 400,000 people. In the beginning, however, it wasn’t clear how many people were sick, or what exactly they were sick with. As the Milwaukee Sentinel recounts it, Mayor John Norquist placed a call to state epidemiologist Jeffrey Davis to ask whether he would drink the water.

Davis said that he wouldn’t, and advised that the city ask residents to chuck out their ice and boil the water from their taps for safety. He then spearheaded the investigation into what, exactly, had happened. According to that article in the Sentinel, he was able to draw a link between the spike in turbidity at Milwaukee’s southern water treatment plant and a few other cases in the medical literature – cases that described outbreaks of a then little-known parasite called cryptosporidium. Cryptosporidium was obscure enough in those days that Milwaukee’s waterworks weren’t in the practice of screening for it.

Another retelling of the response to the outbreak – this one printed in Infectious Diseases News – gives credit to an Epidemic Intelligence Officer named William Mac Kenzie for pulling together a small team of colleagues who were able to identify cryptosporidium in stool samples taken from some of the mysteriously ill people crowding Milwaukee’s clinics and hospitals.

The Outcome of the Outbreak, Learning Lessons

Infectious Disease News attributes this response team with a couple of clever inferences to confirm when and how the cryptosporidium had spread through the water supply. They were able to find cryptosporidium in travelers who had arrived in Milwaukee and gotten sick 48 hours after the plant experienced elevated turbidity in the tanks, linking the day at which the southern plant experienced elevated levels of activity to their symptoms. They also obtained ice from that 48 hour window to strengthen the link between the suddenly cloudy tanks and the outbreak of sickness.

The outbreak of cryptosporidium was an expensive event. A paper published in the Journal of Emerging Infectious Diseases estimated the cost of the event at nearly $100 million dollars in medical care and productivity losses. Moreover, there was a terrible human cost. Initially, it seemed that nobody had died as a result of the outbreak, but later analysis of the data revealed than an estimated 69 people, mostly HIV and AIDS patients, had died – likely due to their weakened immune systems.

And Now You Know

Much is still to learn about cryptosporidium and its origins, but we do know one thing, it can be found in swimming pools and other water recreation areas. So, as you enjoy all the fun the summer season can afford, keep an eye out for symptoms of a cryptosporidium infection, which include:

If you suspect you have a cryptosporidium infection, go see your doctor right away. Stay safe out there!