Posted in cryptosporidium,Food Safety on April 27, 2019 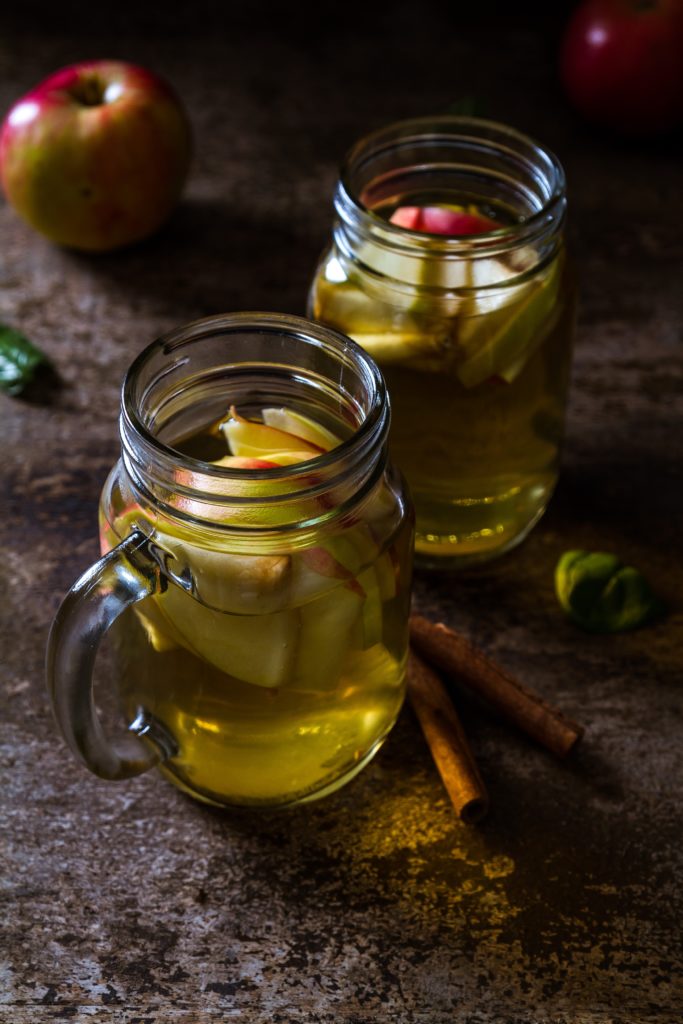 What is it with cryptosporidium and apple juice? The parasite seems to be the biggest fan of the fruit since Eve was wandering through the Garden of Eden. Again and again, headlines come up about people getting sick from crypto via apples and apple juice. The most recent victims were a handful of Norwegian workers who enjoyed some artisanal apple cider at work; several of them fell ill with cryptosporidiosis, as a recent article in the journal of Epidemiology and Infection detailed.

Not Just in Pools

Cryptosporidiosis has a long association with apples and apple juice. The first large outbreak of the parasite associated with foodborne transmission took place in Maine in the year 1993. Students and staff were on a day-long visit to a school agricultural fair. Of the more than 600 people who attended the fair, at least 160 got sick.

Subsequent testing revealed the parasite in apple cider served at the fair, on the press that was used to make the apple cider, and in the manure from a calf who lived on the farm where the apples were harvested. A paper about the incident published by JAMA outlined a potential vector: the apples used in the production of the cider had been harvested by students from a tree in a cow pasture. They’d shaken the tree to dislodge the apples from the branches, collected the apples from the ground, and sprayed them down with water before putting them into the press. The apple juice had not been pasteurized with high heat before it was consumed.

That provided a likely theory: manure from the pasture was the source of the crypto spores, called oocysts, which in turn were transferred onto the apples. Because the juice from the apples hadn’t been treated with heat, the oocysts survived the crushing process, subsequently making people sick.

Although the paper in JAMA claims that this was the first documented case of a large foodborne outbreak caused by crypto, it certainly wasn’t the last. Neither would it be the last associated with apples. The fruit seem to be the favorite food of the parasite; they come up again and again in the literature as the vector of contamination by which the spores of the tiny creature make their way into the human body.

Take, for example, the 11 Ohioans who drank apple cider in the fall of 2003 and ended up with crypto infections. Or the 11 Iowans who suffered the same fate in 2011, with one ending up in the hospital. Or, last fall, the six Norwegians who enjoyed apple cider at work only to fall ill from crypto spores. Wherever there’s unpasteurized apple juice, there’s a significant risk of sickness from cryptosporidiosis.

It isn’t just apple juice, of course. Cryptosporidium is a common parasite — some estimates put the fraction of the world’s population infected with it as high as 1 out of 20. Usually, people skip the step with the apples and get it directly from apples. It’s also been transmitted through unpasteurized milk, cheese, green onions, sausages, chickens, even tripe. Like many pathogens, it doesn’t need a particular food for transmission: it’s hardy, opportunistic, and will take what vehicles it can get to find its way into the body of a suitable host.

Why apples, then? And why apple cider? The answer isn’t entirely clear. Although pathways have been hypothesized — from cows to cow manure, from manure to apples dropped on the ground, from those dropped apples to unpasteurized juice — the particular that crypto seems to have for apple jucie is a bit strange. Apple juice is particularly acidic, which should make it an inhospitable environment for many pathogens.

Still, as we’ve seen with listeria and candied apples, there are certain upsides to apples for pathogens. Apple juice, while acidic, is rich in available sugars, which can mean that it provides a ready source of nutrients to sustain colonies of pathogens.

Apple cider is commonly made from “drop apples” – that is to say, apples which have dropped from the tree onto the ground. That’s opposed to apples which stay on the tree, which are usually picked for eating. When apple orchards are mixed-use, with farm animals grazing amongst the trees, the apples often fall onto ground that’s rich with manure. That manure often has pathogens, including crypto, which are subsequently transferred to the apples.

If the apple juice is pasteurized with high heat before it’s consumed, those pathogens should be killed off. In some cases, however, there is no pasteurization step. That could be because the cider is made in an informal setting, using only the press that’s on hand, without access to the professional equipment that’s often utilized for pasteurization; it could be because the people making the juice incorrectly believe that the high acidity will ward off dangerous pathogens.

Another contributing factor is that the spores of cryptosporidium, called oocysts, are extraordinarily hardy. They can survive in extremely acidic environments, such as the acid bath of the human stomach, and they’re undeterred by the pH of apple juice. Anything short of high heat is unlikely to kill them off.

The upshot of all this, of course, is that you should pasteurize your apple juice, and be careful with fruit that’s harvested from the same ground where cows or other farm animals are depositing their leavings. Try your luck, and you’re likely to pick up crypto, or E. coli, or listeria, or any other common pathogen. Stay safe out there!