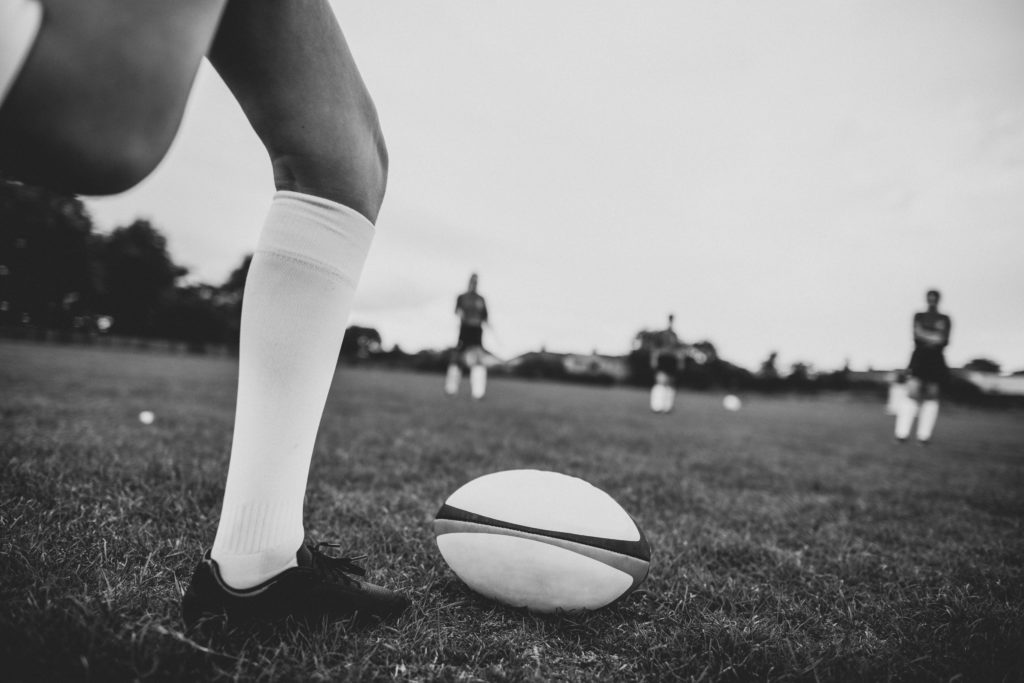 Food poisoning: a dreaded topic because we know it means not feeling the best in the world and often having to cancel plans. It can mean a trip to the emergency room, family physician, urgent care or even being hospitalized. No one has time for that at all in the busy world we live in.

Recently, a father found himself numb from the nose down while watching his son play a game of rugby. All because of food poisoning. He is now giving a stern warning to others about food safety.

This father was a fitness enthusiast and a bodybuilder, but he was not pardoned from the effects of food poisoning and his later paralysis. Within days of the incident at the rugby game, he was in a medically induced coma.

According to itv, it was only later that medical staff discovered the 40-year-old fitness fanatic from Bridgend had been suffering from food poisoning campylobacter – which led to the rare autoimmune disorder Guillian-Barré Syndrome.

At his worst point, found himself unable to breathe without a ventilator and without a voice.

“It’s the scariest thing in the world. You are basically locked in your own body”, the man said. “Your mind is fine and you know what you want your body to do but you just can’t do it. It was horrible, I couldn’t communicate with anyone. I could blink to say yes or no or use a letter card. Then I would use words on a board to spell out certain words.”

In the midst of his recovery, he preaches people should check their food is cooked correctly before eating it.

The father spent 8 months in a hospital and only recently learned to walk again.

What is Guillain-Barré syndrome?

It is thought to be caused by a problem with the immune system, and can be triggered by infections including food poisoning and the flu as well as by vaccinations, surgery or injury.

Symptoms of the condition include numbness, pins and needles, muscle weakness, and problems with balance and coordination.

Often it will start in your feet and hands before spreading across the body.

In some cases, it can lead to paralysis.

Guillian-Barré syndrome can affect people of all ages but your chances of getting it increase as you get older.

Most people will make a full recovery, but it can take months or even years.

In 2016, nine-time Guinness World Record holder Rory Coleman spoke out after being stuck down by the same rare illness.

Meanwhile, little Felicity Watkins was only three years old when she was left unable to breathe independently or even smile. Doctors said she would have a 10% chance of survival. But 12 months on, Felicity is no longer fighting for her life – she’s fighting back. She has regained use of her legs which she uses to play with her toys, and is slowly progressing with her walking.

Do I Have Food Poisoning?

Many times, your doctor will diagnose food poisoning based simply on your symptoms. We urge you to get a stool test, just to be safe.

Some 250 different bacteria, viruses, and parasites can cause food poisoning. While the main symptoms are nausea, diarrhea, vomiting, and stomach cramps, you also may have a fever, headache, muscle and joint aches, or blood in your stool. You may also be dehydrated, so your mouth and throat feel dry and you don’t pee as often as you typically do. Dehydration can make you dizzy when you stand up. Rarely, food poisoning can cause blurry or double vision, tingling, or weakness.

If your illness is severe or complicated, your doctor may run some of the following tests.

Stool cultures are the most common lab test for food poisoning. Your doctor may order one if you have a fever or intense stomach pain along with other symptoms. She may also order one if you have symptoms that linger. A sample of your stool can help tell if your sickness is related to bacteria. It can even reveal the germ’s DNA “fingerprint” and which antibiotics will kill it. Microscopic exams of stool can identify parasites. Stool tests aren’t always accurate, and they can take several days to come back.

Could It Be Something Else?

A host of other conditions can lead to many of the same symptoms of food poisoning. Most common is gastroenteritis, which is caused by a virus. Others include gallbladder problems, pancreatitis, and inflammatory bowel disease. So figuring out if you have food poisoning is as much about the timing as it is about the symptoms themselves.

In most cases, food poisoning usually shows up hours or days after you’ve eaten something that made you sick. But different organisms work at different speeds. For example, Staphylococcus aureus can give you cramps, diarrhea, and nausea in as little as 30 minutes after you eat or drink. This bacterium grows in meats, eggs, and cream that haven’t been refrigerated properly. Another, far less common, cause of foodborne illness is the hepatitis A virus. It can lie in wait as long as 50 days before making itself known. You can get the virus through foods and drinks that have been in contact with sewage water. You’re more likely to get the virus when traveling in developing countries.

If you suspect that you have food poisoning, it is best to head to your local doctor to rule out any speculation and get you on the path to recovery. Knowing is half the battle and being able to treat things properly is definitely part of the battle. Also if your food poisoning has come from a particular source you could help save others who may have become sick as well. In the New Year, be sure to practice food safety rules.