Detecting Food Allergens On the Go! 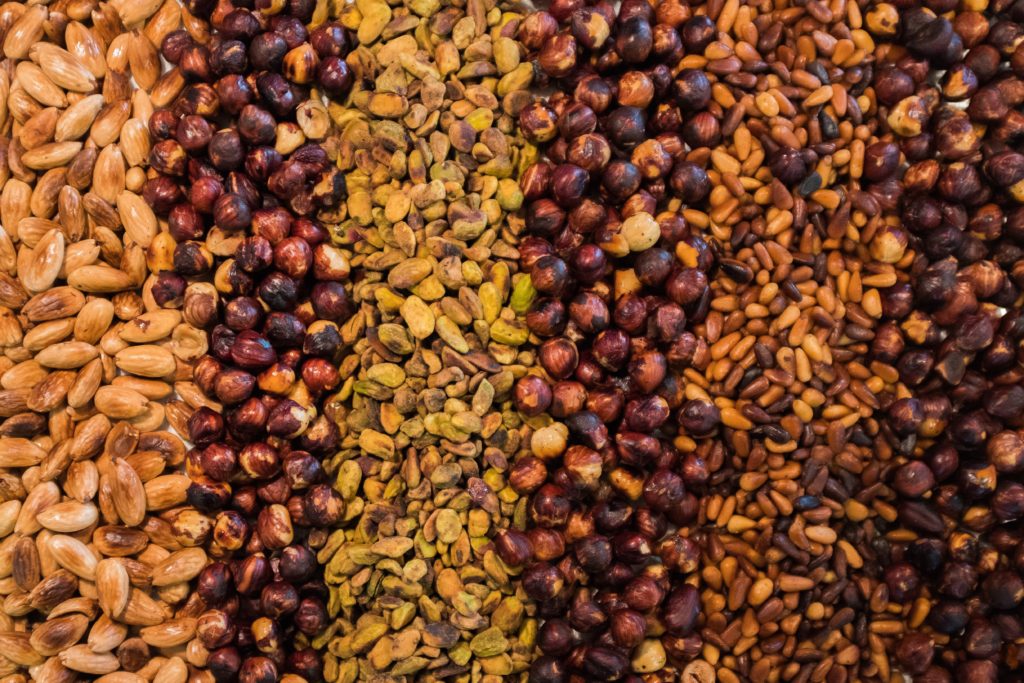 In a perfect world, food would just be a source of nutrients. No one would need an EpiPen and everyone could eat peanut butter cups if they wanted. Well, technology is on its way to making the world a little better. By creating tech that aids in the detecting food allergens as simple as a push of a button.

For about 32 million people in the United States, food allergies are a very serious reality. The number comes Food Allergy Research & Education (FARE), an organization dedicated food allergy awareness, effective emergency treatment and accurate health information. In a 2009 to 2010 survey, 5.9 million children were found to have at least one food allergy.  To put that into perspective, that is 8 percent of the minor population or 1 in every 13 children. While many food allergies resolve in childhood, 4 percent of adults still have food allergies.  That’s 9 million people.

A food allergy is when your body has a harmful response to food.  The body’s immune system attacks the proteins in food that are normally harmless. Symptoms associated with the body’s response range from mild skin irritation to severe and life-threatening anaphylaxis.

Anaphylaxis symptoms usually occur within minutes of exposure to an allergen. Though, just to keep life exciting, it can occur a half-hour or longer after exposure. Signs and symptoms include:

If anaphylaxis is not treated immediately, it can be lethal. The only way to treat it is with the drug epinephrine.

According to FARE research, more than 170 different foods have been reported as causing allergic reactions in the U.S.  These allergens are broken down into eight different categories: peanuts, tree nuts, milk, egg, wheat, soy, fish, and crustacean shellfish.

The study found that milk, egg, and peanut are more common in young children whereas teenagers and adults experience peanut, tree nuts, and seafood (fish and crustacean shellfish) more than other allergens.  Allergies to peanuts, tree nuts, fish and shellfish are generally lifelong affairs.

Sesame is emerging as another severe allergen with ever increasing allergies reported.

How Does This Affect Daily Life?

The possibility of dying immediately because peanuts were used in the kitchen where your food was prepared is, understandably, life altering. Food allergies are dreadfully inconvenient, and because they make children different from their peers, children with food allergies often face bullying. Surveys indicated that 1 in 3 children reported being bullied as a result of a food allergy, with that number increased to 50% in children who have allergies to more than two foods.  Between bullying and preventative avoidance of allergy triggers, 10% of parents of children with food allergies opt to homeschool their children.

The practical limitations of prevention usually cause food allergy families to restrict social activities.  Of the parents surveyed, one quarter reported that they did not allow their child to participate in camp or sleepovers because of the child’s allergy.  More than 15% of those parents reported that they do not go to restaurants. Considering the severe consequences of many allergies, these restraints are reasonable, and are often lifted somewhat as the family gets accustomed to prevention on the run.

Avoidance of otherwise healthy foods that could cause severe reactions or even death is a full-time responsibility, and very stressful for the family.  Not surprising, mothers of children with food allergies have significantly higher blood-pressure measurements and report greater levels of psychosocial stress than other mothers who’s preschool-aged children are not affected by food allergies.

There’s an app for that

Pretty much the only good thing about the prevalence of food allergies is that means there is a market for apps and other resources to help families protect themselves. So, the tech world is rising to the occasion.

Healthline has a list of their top recommended food allergy apps for 2018 available here, including apps for scanning labels for allergens, reviewing restaurants with allergies in mind, and finding substitutions for recipes you cook at home.

Several companies have created technology to help those who suffer with food allergies scan for potential allergens in food.  While most food is labeled appropriately, the risk of improper labeling or cross-contamination with an allergen is a serious risk for those with severe allergies.  If you’re up for doing chemistry on the road, or have a very severe allergy in the family, there are options for turning your place at the table into a tiny lab with near instant results.

Here are some highlights:

Neogen makes test strips for a variety of allergies, allowing you to swab foods and use a test tube to test for the presence of an allergen. Each strip only tests for one allergen, however.

A company named Nima tests for gluten in foods such as soups, sauces, baked goods, and fried items. However, the test cannot identify gluten in soy sauce, pure vinegar, beer, or alcohol. Nima works by testing a sample of food placed in a one-time use capsule.  These capsules can be ordered by subscription service at an interval that works best for your needs.  The Nima device which reads the data from the capsule is connected to your smartphone with Bluetooth. Once the data is analyzed, it will indicate if gluten is present in the food with a 20 parts per million sensitivity level.

To go super high-tech, Tellspec uses a handheld scanner that detects near infrared light.  The internal light source focuses a beam of light through the front window of the scanner onto the food.  Once the reflected light is collected by the scanner a digital electronic signal, or spectrum, analyzes the characteristics of the composition of the food.  An advanced algorithm interprets the signal and sends information on the unique fingerprint of the food to your smartphone. (Watch the TEDTalk here)

A team of researchers from UCLA has created a light-weight portable allergen detection device called iTube. The food sample is prepared by grinding up and mixing the food sample into a test tube with hot water and an extraction solvent.  After setting for several minutes, a series of other testing liquids is added.  This process takes around 20 minutes.  The data is recorded by a handheld device attached to your smartphone that uses the smartphone camera.

With food allergies on the rise, science will undoubtedly keep looking for ways to quickly and easily test food to find out if it’s safe to eat. Stay tuned.