What IS the “Dirtiest” Food We Eat? 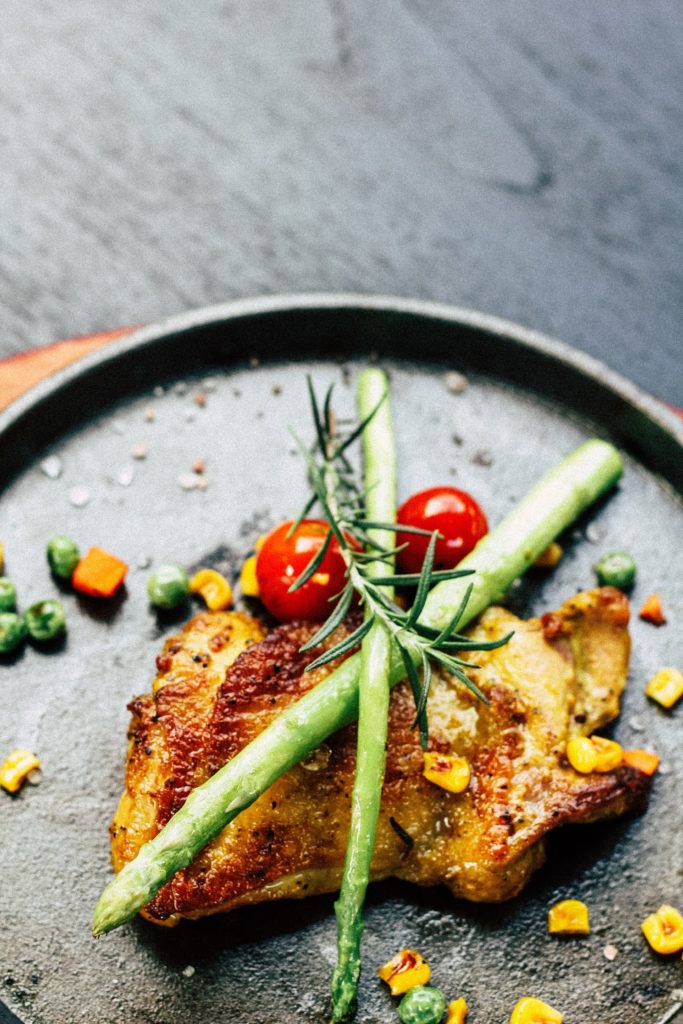 Once upon a time, I was convinced that the dirtiest food on earth resided in my daughter’s room. But after becoming a contributing writer for Make Food Safe, I discovered there are far more nefarious and innumerable germs that could be counted on a random piece of leftover pizza carelessly tossed on a nightstand. I’m not talking about spoiled food. Pull up a chair and let me tell you the story of the dirtiest food on the planet. CHICKEN!

In a very tiny area just to the left of some dried-out chicken wing bones sat a group of germs. They were noisily arguing the merits of their own unique personalities. Through a confluence of events, namely nasty outbreaks and recalls, the germs summoned each other in a thinly-veiled attempt to ascertain just who was, indeed, the Greatest Germ (notwithstanding categorical nuisances such as whether said germ is virus or bacteria).

After tasty bits of chicken, eggs, romaine lettuce, and melon were devoured, the five germs decided to get down to the business at hand, which was to determine the veracity of the claims that chicken is indeed the filthiest food on the planet. The top five food pathogens were well-represented in their prevalence for causing infection: Campylobacter (Campy), Salmonella (Sammy), E.coli (Easy E), Norovirus (Ro), and Listeria (Mouthwash) Okay, you can’t help but think of Listerine when you hear that word.

“Cruddy just doesn’t seem to describe how disgusting the chicken is. I was going for alliteration in the title”, said Campy, absently scratching what passed for a “head”.

“It astounds me how far people have let this go.  Good for us, however.” Sammy replied.

At this point Ro spoke up. “Let’s review this one more time. I want to make it as clear as possible that it’s going to be tough, real tough, to eradicate us”.

Theatrically clearing his throat, Sammy began to read from the article,

“Over the years, food testing has showed that factory farmed chickens (i.e., chickens raised in concentrated animal feeding operations or CAFOs) are particularly prone to contamination with dangerous pathogens, including antibiotic-resistant bacteria that make the illness all the more difficult to treat. For example:

Consumer Reports testing in 2007 found 80% of whole chicken broilers harbored salmonella and/or campylobacter, two of the leading causes of foodborne illness. Retesting in 2010 revealed a modest improvement, with two-thirds being contaminated with these disease-causing bacteria.

Three years later, in 2013, Consumer Reports found potentially harmful bacteria on 97% of the chicken breasts tested, and half of them had at least one type of bacteria that was resistant to three or more antibiotics.”

Sammy handed the article to Easy E. “Here, Easy, you should read this part, and be proud of your accomplishment”!

A tiny round of applause went up and around the discarded chicken wing box.

“How I love chicken, or rather, chicken poop,” said Ro.

“There’s more”, exclaimed Campy, who smiled broadly. Our buddies at the PCRM stated that “although the USDA implements a ‘zero tolerance’ policy for fecal contamination, this policy only applies to visible fecal contamination. Chicken products pass inspection as long as feces are not visible to the naked eye.

It is more than reasonable to assume that once the bird gets into the chill tank (a large vat of cold water), that contamination will enter the water and contaminate all of the other carcasses in the chiller. That’s why it is sometimes called ‘fecal soup’”

A louder round of applause went up. Campy looked over at Mouthwash, who looked decidedly morose. “What’s wrong?” he asked.

“I feel left out”. Mouthwash sighed. “I also hate that stupid nickname you all gave me. I want to be called by my proper name, Listeria.”

Sammy picked up his tiny cell phone. “Let me call my cousin and find out how she’s doing. She’s over at Acme Acres Chicken Farm on vacation with her husband and kids”.

Sammy’s face blanched as his call went straight to his cousin’s voicemail. “Ella’s gone, and so is the rest of her family!!” Sammy’s voice broke as he relayed what the recorded message said.

“This is Sam, Ella’s friend. Everything was terrific. They were all immensely enjoying the filth and they hitched a ride on a fine specimen of a chicken. From what I can tell, the lady who bought the chicken exercised caution from the time she bought the chicken until it was cooked.”

The recording continued, “She had the chicken bagged separately from all her other groceries and promptly refrigerated it when she got home. She also made sure to use a separate cutting board and utensils when she prepared the beast and washed down her kitchen counter with hot, soapy water. She also made sure to cook the chicken to its proper internal temperature of 160 degrees Fahrenheit. To be extra cautious, this lady didn’t take any chances. She didn’t let the leftover meat come to room temperature. Instead, she wrapped it up in an airtight plastic bag and put it in the fridge. I’m so sorry to be the bearer of such sad news.”

“Well, I guess that’s it then”. Sammy turned off his phone and turned to his companions with a resolute stare at each of them. “I’ve got to honor my dear cousin’s legacy and the best way to do that is to continue our infectious mission. Let’s get out of here. There’s more chicken that someone left out on the prep counter that we can contaminate.”

This is a cautionary tale, kind reader. And oh, these germs don’t really “eat” as I alluded to earlier. (That was just a matter of creative license). They are nasty little buggers capable of making people very, very sick. So don’t become a friend by allowing them safe harbor in your kitchen. Be careful with that dirtiest food, er, chicken you buy, friends.