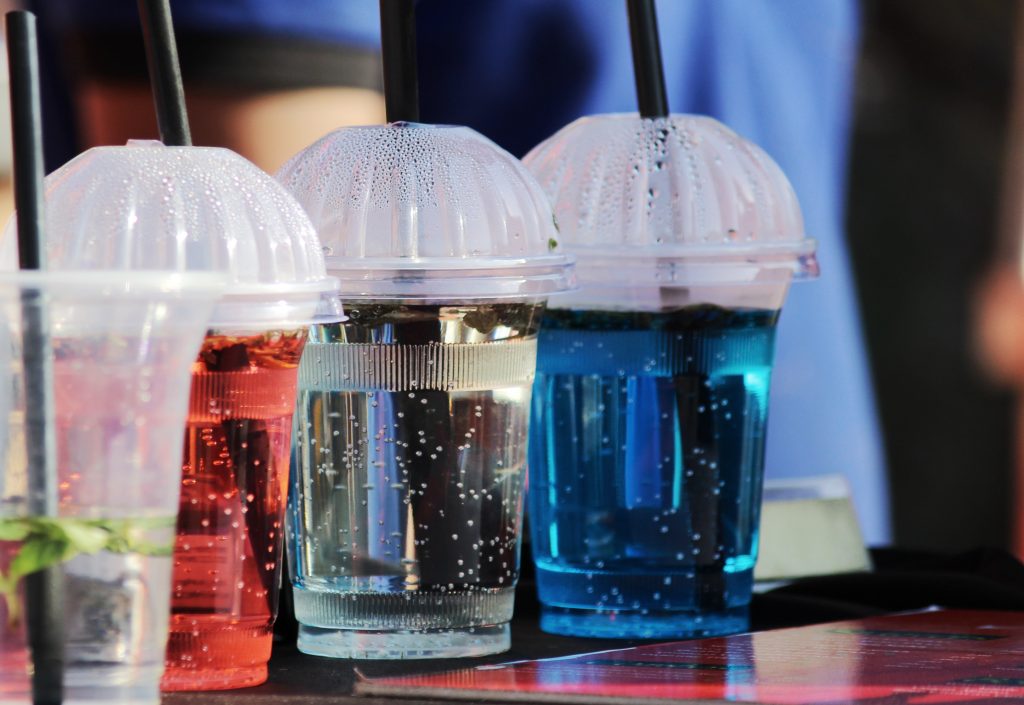 That the ocean is full of plastic is officially old news. It’s been almost a decade since oceanographer and racing boat captain Charles J. Moore first spotted giant trash gyres swirling in the Pacific Ocean. Widespread plastic pollution on land is also an established fact. Unsightly and often obvious, the plastic that chokes animal and plant life and leaches into the watershed is frequently in plain sight or in locatable landfills. But what about the plastic pollution we can’t see but are ingesting, the micro and even nanoplastics in our artisan sea salt or craft beer? Research now suggests that plastic has fully infiltrated every segment of the food chain, meaning that now more than ever, plastic is a part of us.

In recent years, environmentalists have become increasingly concerned about microplastics making their way up the food chain into fish. An October 2016 study by Marine Biology noted the consumption and bioaccumulation of plastic in one isolated coastal organism, the beach hopper (Platorchestia smithi). Researchers noted that” ingestion of microplastics have an impact on survival and behaviour” for this particular species in that their jumping ability became limited and their weight increased. Numerous species of fish that are sold for human consumption such bass, mackerel and oysters have been found with plastics in their stomachs. Eating plastic trash may not kill the fish but the toxic compounds in the plastics accumulate in their tissue. Eating those fish means ingesting those same toxics. So is avoiding fish the answer? It seems it’s not that easy.

According to The Guardian, “sea salt around the world has been contaminated by plastic pollution, adding to experts’ fears that microplastics are becoming ubiquitous in the environment and finding their way into the food chain via the salt in our diets” Tiny particles of plastic have been found in sea salt samples from around the globe–in the U.S., Europe, and Asia. Scientists researching contamination in sea salt allege that  “Americans could be ingesting upwards of 660 particles of plastic each year, if they follow health officials’ advice to eat 2.3 gram of salt per day. However, most Americans could be ingestingfar more, as health officials believe 90% of Americans eat too much salt.”

Plastics have infiltrated beer too. In a recent German study, 24 beers were analyzed for microplastic fibers, fragments and granular material. Plastics were foundin all of the analyzed beer. Honey too has been researched too and microplastic contamination has been detected in specimens of Swiss and German origin.

The health risks of plasticized food chains have not been fully explored to date. The plastics themselves pose a risk. Bisphenol and BPA, two plastic related chemicals, are of special concern for human health as they can alter hormone regulation. Another chemical of concern is i-ethylhexyl phthalate or DEHP, a possible human carcinogen. In addition, as the UN Environmental Programme notes: “Chemical additives are often included during plastic manufacturing to…make the material more durable by introducing anti-microbial, flame retardant, UV resistance, rigidity, malleability, or waterproofing characteristics…After the product becomes waste, the chemical additives can potentially leach into marine organisms when they ingest the plastic and their systems attempt to digest. Potential adverse effects, at high enough concentrations, may include immunotoxicological responses, reproductive disruption, anomalous embryonic development, endocrine disruption, and altered gene expression.” So, there are health risks associated with plastics and then additional concerns posed by the additives we add to plastics.

The persistence of plastics in the environment will continue to be a problem if single use and throw away items continue to be in demand. Items that may be used for just minutes or even seconds, such as drinking straws, teflon lined dental floss or cotton swabs, remain in the environmental for millennia. When they find their way into the ocean, waves, wind and UV rays weather the objects into the microplastics now showing up in food, drinks and essential ingredients. The only way to stop adding plastics to our food chain is to minimize plastics in our daily lives. According to Statista, “In 2016, world plastics production totaled around 335 million metric tons” and each year that number continue to rise. Until that number is reduced, plastic contamination in the food chain will also continue to grow.