What’s Going on with El Pollo Loco in Modesto? 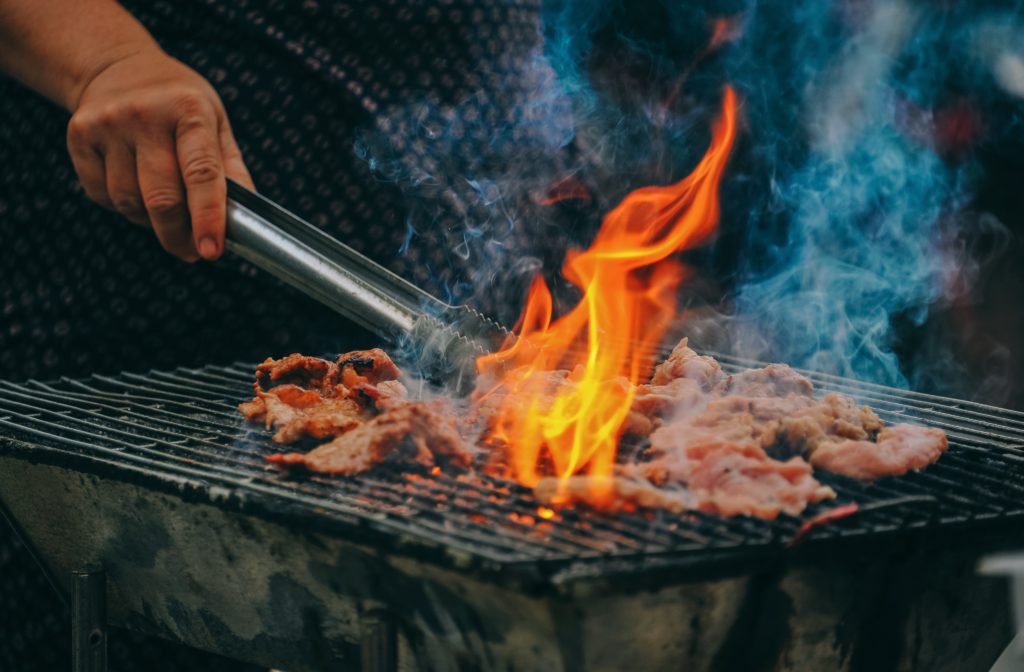 What to do when there seems to be a cluster of foodborne illnesses centered around a business, but you can’t be sure? Take the case of El Pollo Loco in Modesto, California. Genetic fingerprinting seemed to indicate that it was at the middle of a cluster of illnesses caused by Salmonella Thompson — a relatively common serotype that’s often associated with chicken. About forty cases were registered all up, mostly from April and May, and about 60% of those interviewed reported that they’d had chicken at El Pollo Loco beforehand. So, was there an El Pollo Loco Salmonella Outbreak? If so, why had it been so hush hush by the media?

Here’s What We Know

When the health department visited, however, they were unable to verify the complaint, and after a brief closure for cleaning, the restaurant is still up and running.

Modesto is located in Stanislaus County, the health department of which is all too familiar with their local El Pollo Loco. Take a look at the inspection reports from the Stanislaus County Health Department for that location, and you’ll find a troubling pattern of violations. Some of them are minor: expired food handler cards for employees, for example, or soda dispensers with residue caked on the nozzle. The floor of the walk-in fridge is covered with water. Accumulated dirty dishes. A food prep area that’s cluttered with various containers and equipment. None of these are considered to be major violations in Stanislaus County, although they do seem to indicate a lackadaisical attitude towards food safety.

Some violations still considered to be minor under the official rules are nonetheless a bit more troubling. During a visit in April of 2018, an inspector found a cutting board for chicken caked with food waste; when inspectors followed up on that visit three days later, the cutting board was still soiled. The same violation was found in August, a couple months after the cluster of illnesses was registered.

As you’ve probably guessed, it wasn’t just minor violations that were registered by the health department. If you grab the health inspection reports from before and after the outbreak, there are a number of major violations as well. In August of 2017, several months before the trouble started in earnest, the health department paid a visit and registered a whole slew of major violations. Some of them – sinks full of food waste, a main grill caked with residue – are gross and troubling without seeming to indicate a direct relationship to the salmonella cluster. Others, however, speak to El Pollo Loco’s problems with pollo.

To wit: “The walk-in refrigerator is unorganized. There are boxes of raw chicken stacked on one another without tight fitting lids. Many of the lids are loosely placed on the containers.” One of the containers of raw chicken was sitting entirely lidless, open to the elements. That’s pretty dangerous; raw chicken doesn’t need fresh air in order to keep. Keeping it uncovered is a prime way to open up vectors for contaminants like salmonella to make their way from the environment of the fridge to the chicken so that they can take root.

To make that major violation more troubling, consider another that the health department found on their first April visit to the restaurant: namely, that the two-door fridge at the drive-in fridge was sitting around 45 degrees Fahrenheit. That’s about five degrees too warm, putting the fridge in the range of temperatures where dangerous microbes find it balmy enough to proliferate. More troubling was the temperature of food containers found within that fridge. Because the containers act as insulators, their internal temperature can actually be higher than that of the fridge: in this case, they were sitting at 49 degrees, which is altogether too warm for food in the fridge.

What do we get from this? A handful of circumstantial evidence that El Pollo Loco has trouble keeping their kitchen clean and storing their food properly. None of the health inspections registered the presence of salmonella straight up. And, when they figured out that there was a cluster of salmonella illnesses that seemed to cluster around El Pollo Loco, the health department made a surprise inspection.

When they arrived they found … nothing. Perhaps their two visits in the month of April had convinced the restaurant to straighten up their act. Perhaps it’s the capricious nature of random health inspections: sometimes you find violations, and sometimes you don’t, depending on all kinds of factors shaping the kitchen of a restaurant on the day that you show up. But the health department’s unannounced May visit found the fridge to be cold enough, the grills to be hot enough, the sanitizer to be strong enough, and the serving areas and utensils clean enough. “At this time,” they wrote in their report, “the complaint of a foodborne illness can’t be verified.”

According to a media report, there was also a swab-a-thon looking for bad bacteria. Allegedly, testing was positive.

The next day, the restaurant closed down in early June 2018 for cleaning and minor repairs. Extensive testing found a couple environmental samples of salmonella and one sample from an employee that matched the genetic fingerprint of the outbreak strain. Still, nothing conclusive: the restaurant remains open to this day.

If you Google El Pollo Loco Modesto with the term “food poisoning,” you’ll probably land on iwaspoisoned.com, a website where people can self-report foodborne illness. There’s a lot of bias built into data gleaned from websites like that, and they’re not good for much aside from anecdotal evidence, but there’s anecdotes there a-plenty. Take this one from about two weeks ago: “A few hours ago I ate a polo bowl and now I am in so much pain. Intestinal cramps, vomiting, chills. And my husband ate their too and he got explosive diarrhea. Beware., My husband and I got sick. Symptoms started about 6 hours later.”

What are we to take from all this? Perhaps health inspections aren’t the be-all end-all for determining whether a restaurant is safe or not? Or maybe they are, but the whole picture isn’t readily available. Even when health inspections register a pattern of minor violations, or even a pattern of minor and major violations, restaurants can usually stay open after taking corrective actions to satisfy their health departments. And, even after you nearly get nailed for a salmonella outbreak that made 40 people sick, you can still have people posting online that they got food poisoning eating chicken at your restaurant less than a year later.

Stay safe out there, people!