Finding Opioids in Mussels – Anyone See a Problem Here? 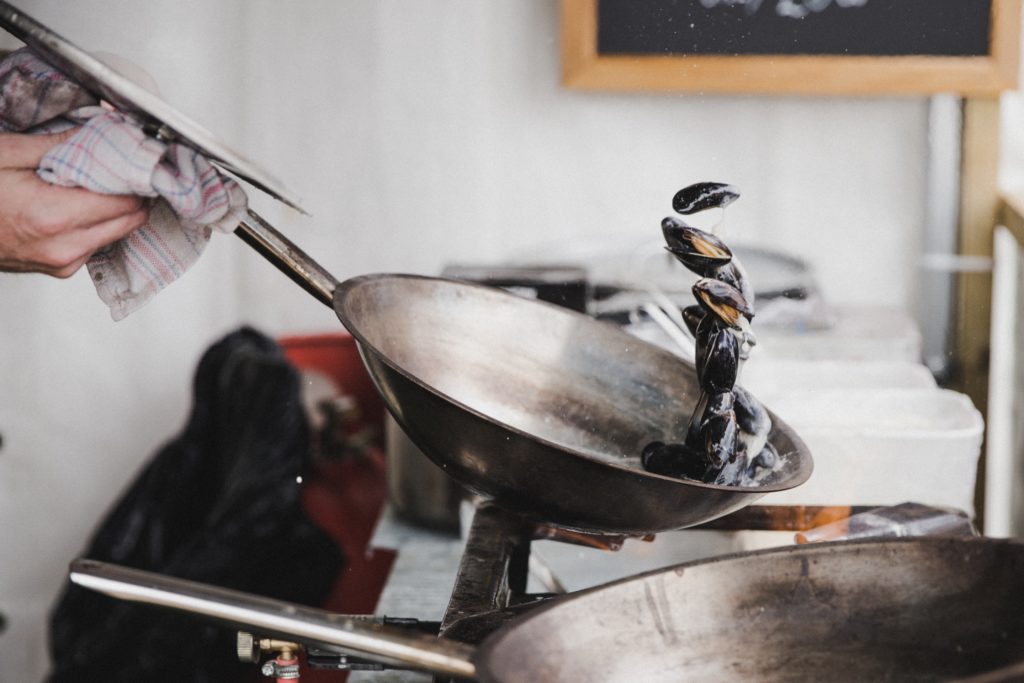 A surprising finding from an inlet of the Pacific Ocean alongside the northwest coast of Washington reveals that the mussels from this region tested positive for the prescription opioid Oxycodone. This shocking news comes in the midst of the ongoing opioid crisis has already taken lives of several people across the United States and Canada in recent years.

And now the crisis is spreading to the wildlife too.

But, wait, that is not all.

There were traces of antibiotics, chemotherapy drugs, antidepressants, heart medications, and also, surfactants – a chemical typically used in laundry detergent to get dirt and stains out of your clothes!

The study was conducted by the researchers at Washington State Department of Fish and Wildlife. Lead study biologist Jennifer Lanksbury stated that the mussels were found to have four kinds of synthetic surfactants, seven kinds of antibiotics, a total of 5 different types of antidepressants, more than one chemotherapy agent, and one antidiabetic drug. That’s a lot of drugs for such a small animal!

Fish are able to metabolize chemicals that enter their body, but the mussels are filter feeders which means they strain out the nutrients and plankton from water that they ingest. This makes them better at revealing contaminants in the water.

And the tale they have to tell is concerning. There is more pollution in our waters than we previously thought. When humans flush pills down the toiles or toss them into drains, these drugs dissolve into our water supply. Wastewater systems are not able to effectively filter these drugs. This is why proper disposal of prescription medications is so important for our environment.

The group started with monitoring the mussels starting in the Winter of 2013 and conducted two additional surveys in the area during the years of 2016 and 2018. The group routinely tested samples for a suite of contaminants during their biennial reviews. The contaminants included: polychlorinated biphenyls (PCBs); polybrominated diphenyl ethers (PBDEs), which are flame retardants; polycyclic aromatic hydrocarbons (PAHs) which are chemicals released by combustion of fossil fuels; chlorinated pesticides like dichlorophenyl trichloroethane (DDT) compounds, and six heavy metals – lead, copper, zinc, mercury, arsenic, and cadmium.

The study methodology consisted of moving cages of clean mussels from an aquaculture center and putting them at 18 urbanized located nearby that were around Puget Sound. After a few months, volunteers collected the mussels and tested them for contaminants.

Recently, the group of researchers, with a little extra funding, took a deeper dive (pun intended) for further testing of the samples.

Lanksbury and her colleagues decided that it was crucial for them to start looking for contaminants that are of emerging concern. So, they started testing for pharmaceuticals and personal care products, including prescription drugs, detergents, microplastic beads, and shampoos. These contaminates are being detected more and more in waterways, like the Puget Sound. Lankbury and her team sent a total of 18 samples to Canada for testing of pharmaceutical and personal care products. When the data returned, they found that Oxycodone was present in three of the eighteen samples that they sent in.

This shows that water contamination of prescription opioids is high enough in density to show in wildlife surveys.

Drugs in the Water – The Impacts of Contamination of This Kind

Opioids are one of the major crisis we are battling in both United States and Canada. Each day, over 115 people are die as a result of opioid overdose. Many more are addicted and have life-altering affects from these drugs. By opioids showing up in our food, this could lead to all sorts of issues, from potential allergic reactions, to immunity to certain pain killers, etc.

Surfactants can have estrogenic effects on the organisms, which means that they can change the hormonal balance in animals. Estrogenic effect can cause the male fish to have feminizing properties and female fish to reproduce earlier. This could severely impact sustainability of our marine food sources – for both fish and humans alike.

Chemotherapy drug Melphalan was also found in the samples. It is a potential carcinogen for its interaction with DNA. Amount of Melphalan found in the mussels was relative by weight to recommended dose for humans. Meaning that not only could marine life suffer, but also humans who eat them, too.

Humans, We Need to Do Better

The samples of the study came from different spots in one particular area. One set came from the shoreline of Seattle, and 2 others from an area near Bremerton. So, this clearly proves that the Oxycodone problem originates from the Puget Sound – in this study. The other areas did not test positive for Oxycodone.

Lanksbury further commented that all of the samples obtained indicate the source of contamination is in the Puget Sound. Most of the shorelines of the Puget Sound appear to be quite clean. They are well-kept and lack the visual telltale signs of pollution. The cause of concern stems instead from the highly urbanized cities nearby and the levels of pharmaceuticals and personal care products that get dumped into the water by the cities’ residents.

The population of the Puget Sound is anticipated to double in the coming decades. The population growth is expected to increase more on the shorelines, but the urban centers across the state are growing too. Lanksbury believes that this study may be from one area, but is indicative of a nationwide problem.

Should We Be Worried?

The dose of Oxycodone in mussels in 100 to 150 times lower than adult male therapeutic dose. This means that an adult has to consume 150 pounds of mussels from the contaminated area to even get a small dose of chemical inside their body. So, odds are, the levels aren’t a concern for humans.

However, the fact that such pollution exists, without us even realizing it, is a major concern.

These studies indicate that even though the mussels originated from commercial shellfish beds, this type of pollution is reaching out far and wide throughout the ocean.

The researchers are hopeful that, since the wastewater systems are continually improving and new technology to save the environment is added to them regularly, the contamination can easily be controlled. When people become aware of the problem and what harm their activities are causing to the surroundings, they start doing their part to experience the change on bigger scale, too.

Meanwhile, the residents of Seattle and other nearby cities need to keep in mind that what goes down their drain ends up at the Puget Sound. Lanksbury is hopeful that, if all the residents worked together for the cause to keep the jewel of Washington – the Puget Sound clean, we can definitely achieve some great strides together.