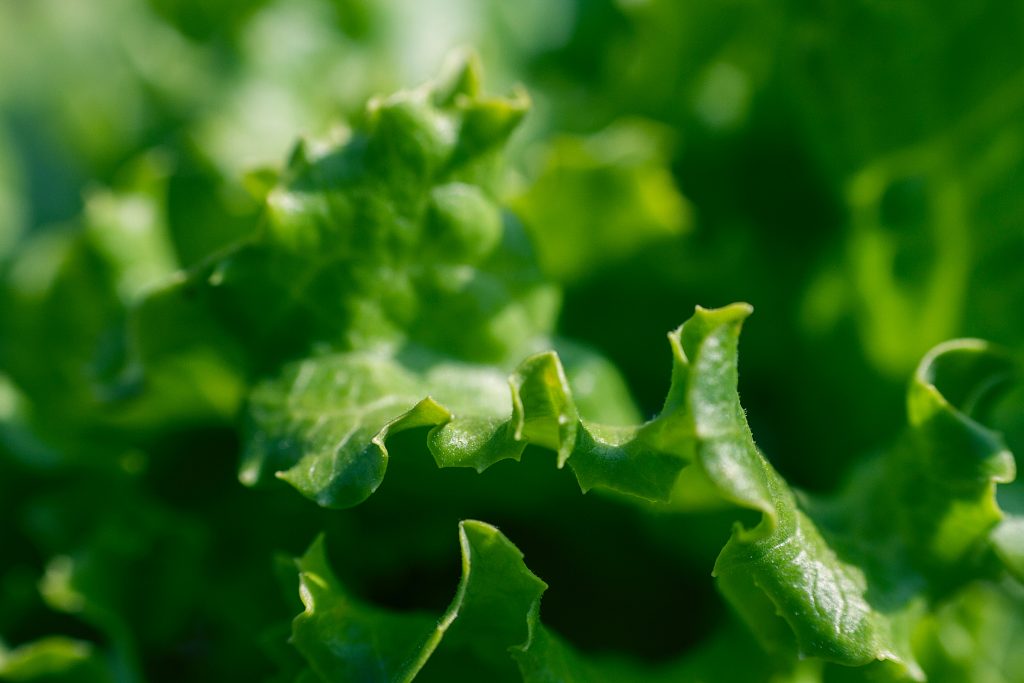 Romaine lettuce – it’s super low in calories and carbs but boasts high numbers for important stuff like minerals (specifically calcium, phosphorous, magnesium, and potassium) and vitamins C and K. It’s also chock full of folate and is low in sodium.

Basically, if you’re looking to eat healthy and lose a few pounds, Romaine is typically a great choice. But for the last few months, though, consumers were warned to steer clear of this leafy green, as the CDC has reported another rise in the number of people who have become ill as a result of an outbreak of Escherichia coli (E. coli). The second one of 2018.

Why E. coli in Lettuce Was (Is?) So Concerning

E. coli bacteria normally live in the intestines of people and animals, and while most E. coli are harmless (and actually are an important part of a healthy human intestinal tract), some are pathogenic- meaning they can cause illness, either diarrhea or illness outside of the intestinal tract. The types of E. coli that can cause diarrhea can be transmitted through contaminated water or food, or through contact with animals or persons.

This is the case with nearly 197 people across the United States.

On June 1, 2018, after the health agencies reported that romaine was no longer a concern, the CDC reported that 197 people in 35 states have fell ill as a result of contaminated Romaine lettuce.

Here’s what you need to know

Not ALL Romaine lettuce was contaminated. The source of the outbreak has been narrowed to having originated at Harrison Farms in Yuma, Arizona (for the Alaska cases), another unknown farm or farms in the Yuma, Arizona region, and was grown during the winter months, November 2017 through March 2018. And even though they know where the infected lettuce came from, it’s still unknown where in the supply chain the contamination actually happened. It could be the farm itself, the packager, or somewhere in the distribution chain.

The FDA is continuing to examine all possibilities, including that contamination may have occurred at any point along the growing, harvesting, packaging, and distribution chain before reaching the Alaska correctional facility where it was served.

All of the lettuce in question from Harrison Farms was harvested during March 5-16 and is past its 21-day shelf life, according to the FDA.

Because the growing season in the Yuma region is at its end, the farm (and other potential farms involved) is not growing any lettuce at this time.

The latest illness was on April 25, however, illnesses that occurred in the last few weeks might not yet be reported because of the time between when a person becomes ill with E. coli and when the illness is reported to CDC.

The FDA confirmed the last shipments of romaine lettuce from the Yuma growing region were harvested on April 16, 2018.

Overall, the CDC reports that 197 people in 35 states have become ill as a result of eating the lettuce in question. These people reported becoming ill in the time period of March 13-April 25.

The Public Health Agency of Canada also confirmed that there were several E. coli cases linked to this outbreak in their country as well.

What are the symptoms of Shiga toxin-producing E. coli (STEC)?

Most people infected with E. coli develop diarrhea that can be bloody, develop severe stomach cramps and vomiting. If affected, patients will likely recover in about a week, but you still don’t want to take any chances, because there is a chance you could develop a STEC infection which could ultimately lead to a type of kidney failure called hemolytic uremic syndrome (HUS).

Signs that someone is developing HUS include:

* Losing pink color in cheeks and inside the lower eyelids.

These symptoms will emerge about a week following initial symptoms of E. coli. If you’ve experienced any of the above listed symptoms, contact your doctor as soon as possible to receive treatment because left untreated your kidneys could stop working and you may develop more serious issues. Those at greatest risk of developing HUS are children younger than 5 years, adults aged 65 years and older, and people with weakened immune systems.

If you feel you may be infected by the contaminated Romaine – or any food borne illness, contact your local health department (also known as a county or city health department) and ask to speak with the environmental health specialist, or sanitarian, about a possible food problem.

How can you prevent E. coli?

When it comes to preparing food, keeping things clean is key. You’ll want to make sure you wash not just fruits and vegetables that you’re serving, but also wash your hands often as E. coli infections can spread from one person to another.

Wash your hands after using the restroom or changing diapers, before and after preparing or eating food, and after contact with animals.

If you’re sick, leave meal preparation to someone else – you don’t want to spread your germs.

Make sure your meat is cooked thoroughly – that means steaks and roasts to at least 145˚F (and let rest for three minutes after you remove meat from the grill or stove), ground beef and pork to at least 160˚F. Check temperatures using a food thermometer.

In addition to cleaning your food and hands, make sure you keep your food prep area clean as well. You don’t want to cross-contaminate food preparation areas. Thoroughly wash hands, counters, cutting boards, and utensils after they touch raw meat.