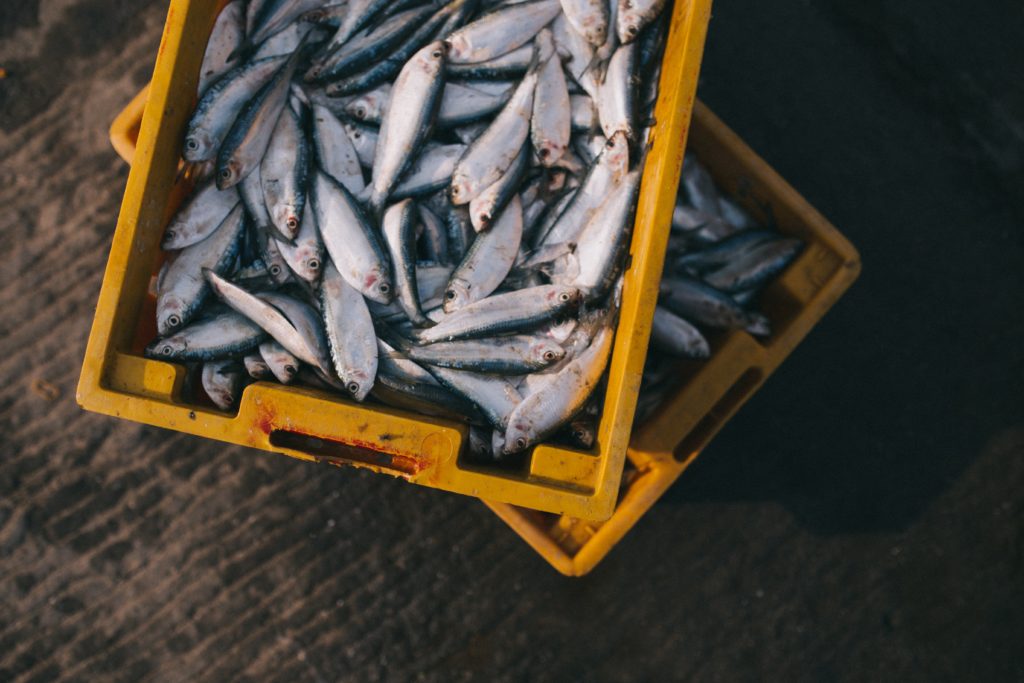 What jobs would you associate with the phrase “flesh eating bacteria?”Mad scientist, maybe? Something in the medical field? Perhaps a manufacturer of prosthetics? How about a fisherman? Would you trust a fisherman’s advice on avoiding vibrio?

A Wise Fisherman Once Told Me…

Think about it. Manning a fishing boat is dirty, difficult work. You’ll be doing manual labor, handling equipment and machinery. It’s easy to pick up cuts and scrapes over the course of a day. It’s just part of the job.

Another part of the job is water, and lots of it. You’ll be splashed with waves, more likely than not. Some of that seawater might find its way into those cuts and scrapes that you picked up earlier.

Seawater and scrapes are not a good combination. Just ask Preston Doré. He’s a fisherman and business owner in Louisiana, and he’s seen friends die from flesh-eating bacteria. He spoke to local news station KACT to warn others of the danger that he’s seen first-hand.

“Anytime you get an open wound you’re very leery. Especially the fisherman because you’re messing with a lot of stuff in the water, debris, and stuff,” he told the station. “You catch a lot of trash in the water and it’s very easy to get cut.”

How You Get It

Flesh eating bacteria enter through open wounds. They thrive in warm, salty water. Once they’re past your body’s outer layer of defenses, they can sandwich themselves between layers cells, where they start to excrete toxins that cause those cells to die off en masse. The flesh around the wound starts to necrotize, which is how the bacteria earned their name, but they aren’t technically eating it per say.

According to Doré, crab fishermen are particularly at risk for this scary-sounding microbial threat. “It’s mostly caught by an open wound in the water. Fishermen are really accessible (susceptible) to catching it,” he told KATC. “They get an open wound, especially like the crab fisherman. If you get a crab cage rusted and broke up, and it cuts you, I’ve known fisherman to catch it.”

The best way to prevent contraction of flesh-eating bacteria is to not get cut in the first place. Unfortunately, that’s not always possible – particularly if you need to be out on the water for your job. Sometimes, you’re going to have to deal with cuts and scrapes, and if your work or some other situation demands it, you might have to deal with those cuts and scrapes while you’re in an environment with a lot of warm, salty water that might be harboring dangerous bacteria.

So, what’s a body to do? Doré has some tips. ““I mean we use peroxide mostly, but like to wash our hands after we’re fishing we’ll take and use bleach water to soak our gloves in it, clean it out, and dry them. Make sure it kills everything. And, something to wrap it. Like if you have a cut you can wrap it and saran wrap it after you treat it just to keep the water and other stuff out of it,” KATC quoted him as saying.

What do we mean when we say flesh eating bacteria, though? I mentioned that they don’t actually eat flesh a couple paragraphs up. There’s a few microbes that have earned the terrifying epithet “flesh eating,” but the bacteria that’s discussed in the KATC segment is Vibrio vulnificus. Here in the food safety world, the vibrio genus doesn’t have a great reputation. One member can cause cholera.

Vibrio vulnificus can’t do you as badly as cholera, but it can hurt you pretty bad, sometimes permanently, and it has been occasionally known to kill. It’s very, veryvirulent, which means it spreads quickly and does a lot of damage, and it can get at you in three main ways. The first is through shellfish that hasn’t been cooked thoroughly enough. Eat some of that, and if it’s contaminated with enough vibrio, it can cause a nasty bout of food poisoning.

The second way that vibrio gets into the body is the one that Dore and KATC are concerned with: through an open cut or wound. Our skins are amazing sheaths for everything inside, and they contain a number of built-in defenses to help us neutralize and diffuse any potential threats. When they’re compromised, however, the bacteria can slip past pretty easily. An infection with vibrio can cause large blisters or lesions that require debraiding. Sometimes, the toxins emitted by the bacteria might kill off enough flesh to warrant amputation.

People sometimes eat vibrio-contaminated shellfish only to find that they’re dealing with a condition much more serious than your bog standard food poisoning. If your immune system is somehow compromised, vibrio from a cut or from your stomach can cause invasive sepsis. You’ll break out in blisters and may go into septic shock as your blood is overloaded with toxins. This is the last stop on the vibrio train – if you’re reached this point, seek medical care immediately, because your situation has become grave enough that you might not be getting out alive.

Really, though, your chances of contracting vibrio are pretty rare – only a couple hundred cases are seen in the United States every year. Although the name “flesh eating bacteria” is scary, most infections can be contained if you jump on them early enough. And the best way to deal with the bacteria, of course, is to never get it in the first place. Try not to go in that warm, salty water if you have an open cut; if you do go in the water, be sure to wash your cut out afterwards. Do that, and your chances of ever contracting such a scary-sounding bacteria will be much, much lower.