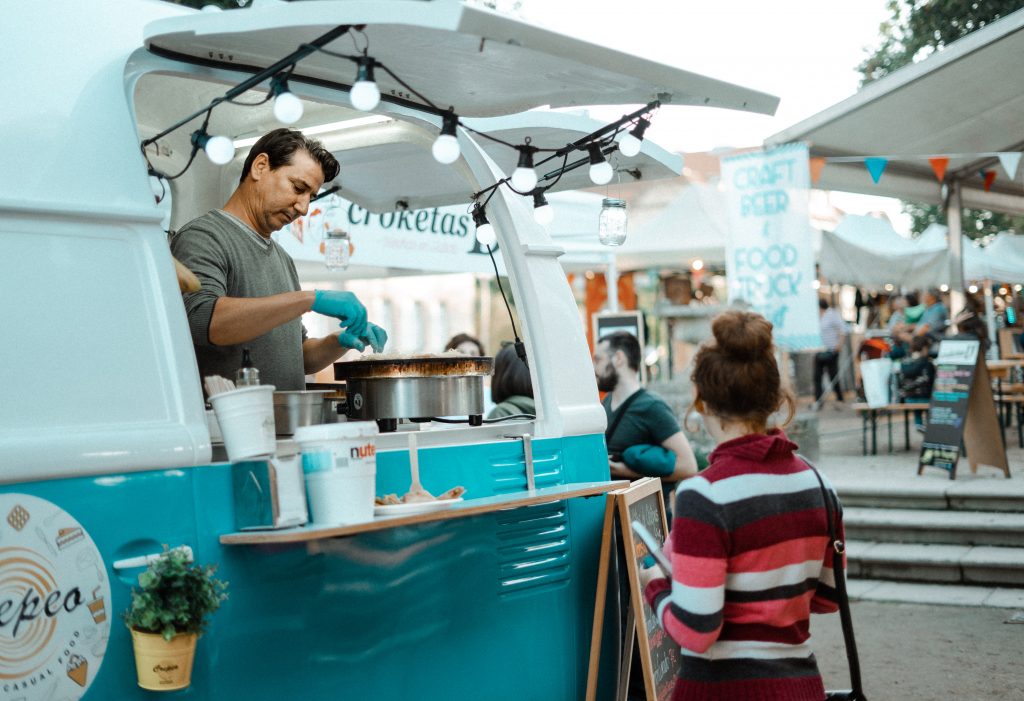 An outbreak of salmonella in Ontario, Canada has ended, according to local public health officials. The outbreak produced dozens of lab-positive salmonella tests and hundreds more people who reported symptoms. Here is what we know about the Food Truck Salmonella:

The outbreak was centered around Barakat, a restaurant in Sarnia, and an associated food truck in the suburb of Corunna. Lambton Public Health spearheaded the investigation in collaboration with Public Health Ontario, the Ontario Ministry of Health, and the Canadian Food Inspection agency.

According to LPH, there are 45 lab-confirmed exposures associated with the outbreak. 185 people have also reported symptoms associated with salmonellosis but did not have their infections confirmed by testing.

Speaking to The Observer, medical officer of health Sudit Ranade described the outbreak as “relatively significant.” He said that 35 of the 45 cases confirmed by the lab were a subtype of salmonella that’s commonly found in chickens.

That doesn’t mean that LPH has been able to pin the outbreak on poultry, however. Multiple food items were tested as part of the investigation. This included different food specimens and ingredients. An analysis did not indicate that there was a single item that was the root cause of the outbreak.

Because the analysis didn’t point to a single cause, Lambton Public Health suspects that the outbreak may have been driven by cross-contamination of several different items. Noted in the press release they put out is the fact that several of the items that did test positive for salmonella bacteria contained hummus. LPH was careful to stress, however, that these results were inconclusive, and that they weren’t able to determine that hummus was the cause of the outbreak.

““Many of these food-borne investigations are not conclusive in their cause, and this is one of those,” Ranade told The Observer. “We’re fairly certain there’s no more ongoing risk related to that outbreak.”

Now that the outbreak is officially over, both locations will be subject to a re-inspection before they’re cleared to open up again. Not to worry, though: according to LPH, there have already been multiple followup sweeps at the location. So far, they’ve not found any more salmonella, which indicates that there’s probably no active source of the bacteria at the location.

In an interview with The Observer, restaurant owner Jamil Barakat said that the restaurant would be reopening soon, although the food truck would probably remain closed for some time because of the weather

Here’s what Barakat had to say about the outbreak to the paper:

“We don’t know what happened,” Barakat said about the outbreak. “We’ll do every measure to make sure the food safety follows the guidelines.”

While the Sarnia restaurant opened in January, Barakat said he has been in the business for 22 years and this was the first salmonella outbreak at any of his locations.

“We’ll open and we hope everything’s going to be in a perfect condition,” Barakat said.

Sarnia, the city where Barakat is located, is right on the border between Ontario and Michigan. That border is currently closed because of the ongoing COVID-19 pandemic, and no cases of salmonella infection linked back to Barakat have been reported from the state of Michigan.

Salmonellosis is one of the most common foodborne illnesses worldwide. It affects more than a million people each year in the United States alone. The bacteria that causes it, salmonella, causes illness when it enters the body through food or water that’s been contaminated with feces

Once it’s back in your system, salmonella afflicts with the symptoms of food poisoning. Those include diarrhea, fever, and stomach cramps. Victims may feel fatigued or experience nausea. They sometimes vomit or experience muscle aches.

For a healthy adult with an immune system in good shape, a bout of salmonellosis is usually not cause for too much concern. Median recovery time is four to seven days. Those affected are encouraged to replace fluids lost through diarrhea by continuing to drink water.

For the immunocompromised, the very young, or the very old, a bout with salmonella can be more serious. Sometimes, the infection can spread to the bones or the blood. Some salmonella subtypes can cause typhoid fever, a condition that can last for weeks and can progress into serious illness or death if not treated.

Sometimes, salmonella infections can leave lingering issues with the digestive system after they’ve cleared up. Another long-term consequence faced by some is reactive arthritis, where the immune response to salmonella turns against the body’s joints.

To avoid salmonella, take care to eat food that’s been cooked properly and stored at proper temperatures. The single best thing you can do to protect yourself from salmonella and other food-borne pathogens, however, is maintaining a diligent hand-washing regime. That means 20 seconds under the faucet with warm water, soap worked up into a vigorous lather, and lots and lots of friction. Be sure that your hand-washing technique doesn’t miss areas like the backs of your hands or the spaces between your fingers.