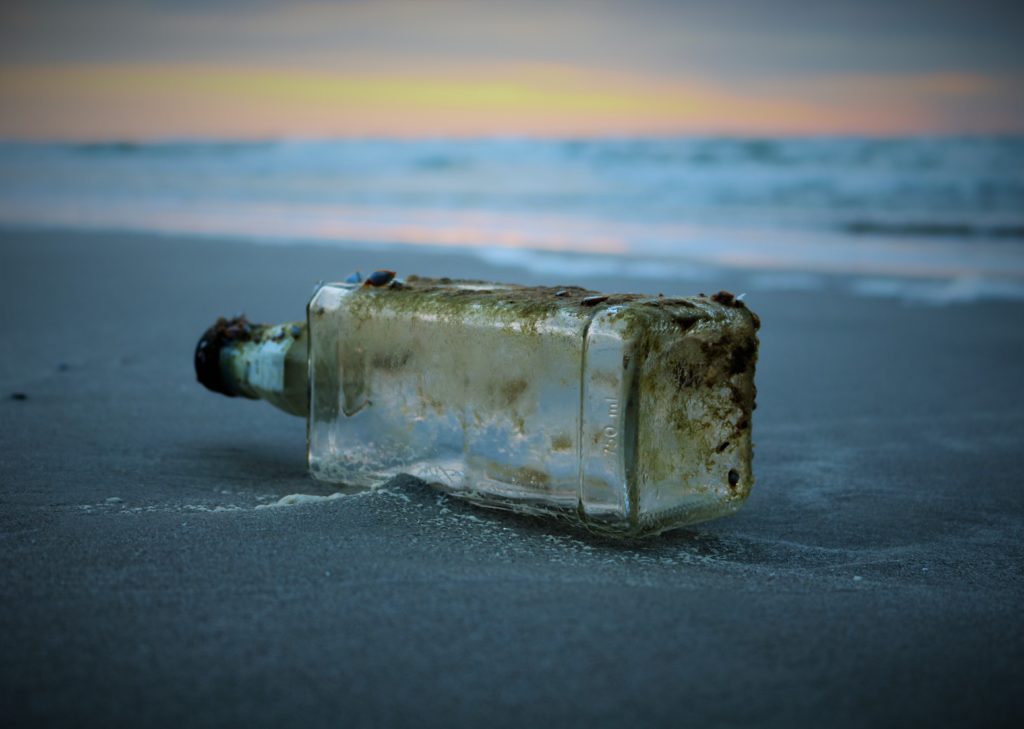 It is slimy, green, and lives at the bottom of the ocean – and other unfiltered water sources. Algae. Researchers believe fossilized algae can be a key component to food safety testing.

A group of researchers from Oregon State University and Liaoning Shihua University in China are using fossilized bits of algae to create cutting-edge new methods for identifying contaminants in food. The algae, called diatoms, have a complex and unique cell wall structure that’s a natural fit for nanotechnology – it refracts light in interesting ways, allowing for novel and exciting applications in optics and imaging.

What is diatomite, though? You may have encountered it as “diatomaceous earth.” It’s available in most hardware stores, and can be used in all sorts of ways, including to filter water and to make everything from toothpaste to insecticides to TNT. It’s made from the crushed-up remains of fossilized diatoms, as mentioned above, and occurs in natural deposits of white, crumbly earth all around the world.

Diatomite allowed the researchers to combine two existing technologies used in imaging and food safety testing. The first is thin-layer chromatography, or TLC. A thin, absorbent layer is applied to a transparent glass plate. A sample is added for analysis, the plate is tilted sideways, and a solvent mixture is added – dissolving the sample and drawing it up along the tilted surface of the plate. The solvent and sample seemingly defy gravity and move up along the plate through capillary action. It’s the same principle by which liquid wax passes through a wick to the flame of a candle, or water travels upwards through the stem or trunk of a plant. Different substances ascend the plate at different rates, creating spots or streaks that are differentiated from one another. By looking at those spots and shining different wavelengths of light on them, it’s possible to determine how pure a substance is, or whether particular molecules are present.

The second technique that the researchers used is surface enhanced Raman spectrography, or SERS. It’s somewhat harder to wrap your head around SERS than TLC, but the basic idea is this – molecules on top of certain surfaces, including rough metal and nanostructures, bounce electrons around in such a way that the “signal” they emit is amplified by a factor of ten. The technique is so powerful that it can be used to identify individual molecules. It’s useful for detecting biological molecules that are present in small enough amounts to not be registered by other, less accurate detection methods but nonetheless there. Scientists have used it to single out particular genetic sequences and to detect biomarkers associated with pancreatic cancer in the blood.

The unique crystalline structure of the diatomite is particularly useful for SERS technology. The fossilized cell walls of ancient diatoms are tiny structural marvels. They’re crystalline in structure, with tiny nanopores made from silica – perforations smaller than molecules that amplify and redirect light. These qualities make diatoms a naturally-occuring source of the nanomaterials used in SERS, with the same unique capacity to amplify the signal of individual molecules to the point where it’s detectable by researchers. The researchers have been able to push the amplifying qualities of diatomite even further by adding a microscopic matrix of gold molecules to the mix.

The researchers claim that they’ve able to pick up signals ten times stronger than conventional techniques using diatomite and SERS. That means they can detect contaminants, pathogens, or other molecules in food whose presence might be otherwise be missed.

A press release from Oregon State University announcing the findings cited the detection of histamine as one potential application. Histamine develops when meat that has not been stored properly starts to break down; it causes itchiness, rash, and headaches when consumed. Because meat is complicated at the molecular level, however, histamine has historically been very difficult to detect.

“In solution it’s very easy, but buried in food it’s very hard simply because of all the background interference resulting from the complicated components of the meat,” he said. “Proteins, fats, carbohydrates, they all obscure the signal of histamine when you’re trying to detect it.”

By applying the unique nano-molecular structure of diatomite toexisting SERS techniques, researchers were able to suss out the presence of histamine in both salmon and tuna.

That is, of course, just one application – the team hopes that they’ll be able to use the technique to detect pesticides, herbicides, allergens, and other harmful chemicals using the new technology. They hope to make the new technique portable and easy to use. The press release from OSU touted a “lab on a chip.” This is quite different from conventional food testing technology, which sometimes requires extensive preparation work and machinery that takes time and the kind of equipment that’s usually found in a fully equipped scientific laboratory.

Food safety is a pressing issue – every year in the United States, millions of people are sickened by tainted food, hundreds of thousands end up in the hospital, and thousands do not survive. In the developing world, where the regulatory infrastructure for food is lax or nonexistent and healthcare coverage is often quite poor, the problem is magnified. Assays which allow for quick, accurate, and precise determination of whether or not there are contaminants in food are thus needed at every level, and new technologies which bring down the price point, processing times, and necessary skill level have the potential to drive down healthcare spending and save lives.

Alan Wang, the OSU professor who led the study, is no stranger to diatomite and their unique refractive properties. He’s previously combined them with inkjet printing to create special fluids with powerful magnifying properties. Another application saw Wang use diatomic crystals to detect trace amounts of gases. The aim of these novel applications of diatomite is to create techniques that are not only more precise than existing technology but also cheap, fast, and applicable to everyday situations. And hopefully, to help reduce the prevalence of food poisoning and illness.