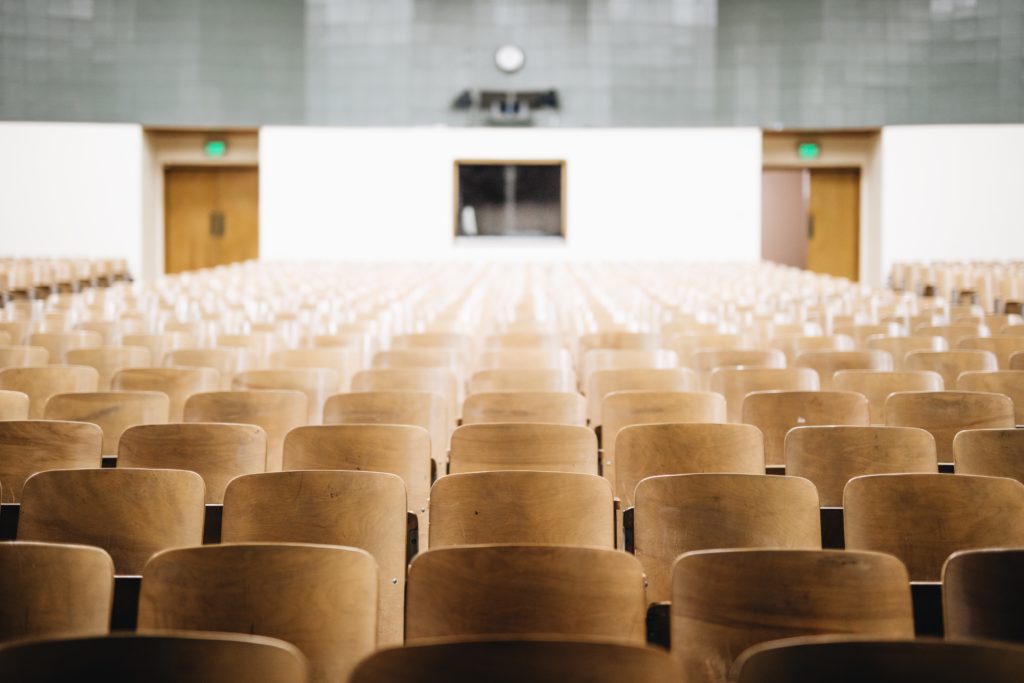 Food poisoning isn’t exactly the kind of thing the average college student has time to worry about. In the midst of flu season, tests, papers, and projects, Middle Georgia health officials issued an investigation after several students at Georgia College and State University (GCSU) reportedly came down with stomach illnesses. The dining facilities of the college shut down earlier in February, only to re-open the next day, in an effort to find the source of the illness. Turns out the source wasn’t what they expected! Georgia College food poisoning.

According to a Georgia College release, several students reported having stomach pain and gastrointestinal symptoms, prompting the school to contact the North Central Health District (NCHD) as well as the Baldwin County Health Department. The epidemiologists began an investigation of the outbreak immediately.

At first, the GCSU couldn’t find any cause of the illness. Michael Hokanson with the NCHD claimed that all of the reported symptoms were comparable to food poisoning. He added that 13 of the reported cases had been tested and health experts would know exactly what the illness was after the results returned. The investigation continued while authorities awaited the test results. The campus closed for a day after students reported falling ill. Hokanson said the school’s dining halls were closed voluntarily and weren’t shut down by the health department.

According to the university, in response to the shut down, “Students that are on a meal plan will receive a credit that can be used at area restaurants in downtown Milledgeville and near campus. Our on-campus health clinic is currently treating students that show symptoms.” But despite the thorough investigation, no evidence of a source for the illness could be found. All of the eateries reopened after the local health department discovered nothing that should keep the school from providing normal foodservice to students. According to a school official, “”Please note that there is no evidence that any of the illnesses we have seen were the result of food contamination from any of our dining facilities.”

During the investigation, school officials warned any student experiencing stomach pains or gastoinestistal issues to visit the Student Health Services at the Wellness and Recreation Center. Hokanson said there was a wide variety of bacteria that could be to blame for the kinds of symptoms being experienced, especially on a busy college campus. “Looking at the symptoms of everyone, we are treating it as a food borne illness,” Hokanson said. “We’re looking into similarities of what the people have eaten, where they’ve been to go eat, things of that nature. In a lot of cases with food borne illnesses, it’s very tough to place exactly how things got started.”

However, as we are in the cold and virus season, we would like to take this opportunity to remind everyone to take necessary precautions to help prevent the spread of sicknesses. The Centers Disease Control (CDC) is a good resource and we encourage everyone to read the following link.

As always, if you are sick, stay away from others! Do not share your illness and cover your mouth and nose. Clean your hands often and be aware that viruses can live on surfaces such as countertops.

While the school was treating the outbreak as a “food borne illness investigation,” test results revealed that the actual culprit of the illnesses was the norovirus. Approximately 50 students reporting stomach pain, vomiting, and diarrhea had an illness unrelated to the campus eateries, despite multiple testimonies saying they believed they got sick after eating at the North Avenue dining hall earlier in February. “I felt terrible,” one student said. “I felt nauseous the whole day.”

The norovirus is a gastrointestinal disorder that results in diarrhea, vomiting, stomach cramps, and stomach pain. It is also often referred to as the Norwalk virus since the very first recorded case of the illness occurred in Norwalk, Ohio, 1968. The norovirus can cause additional symptoms, including chills, fever, fatigue, headaches, and weight loss. Due to the severity of the symptoms, individuals of the norovirus are especially susceptible to dehydration, which might trigger its own collection of unpleasant side effects and symptoms.

The norovirus spreads easily through foods, drinks, and can substantially impact one’s health and wellbeing. The Center For Disease Control indicates over 50% of all foodborne disease outbreaks every year are directly due to noroviruses. However, because of the wide variety of different noroviruses forms, exposure to one does not make you immune to all of the others.

Prevention techniques include washing hands regularly and keeping all surfaces clean–which includes countertops, sinks, showers, door handles, and more. Replacing lost liquids is important for anyone suffering from the virus. Both vomiting and diarrhea can result in severe dehydration, so drinking plenty of water is vital to recovery.

If you or someone you know are suffering from symptoms similar to the norovirus or food poisoning, be sure to see your health provider immediately in order to identify the actual issue. Symptoms of a foodborne illness and the norovirus are remarkably similar and difficult for the average person to tell apart. See your doctor, undergo the recommended tests, and then follow their suggested treatment plan. Not only will this help you recover quicker, but it will also help any current investigation identify the actual source of the issue much faster.