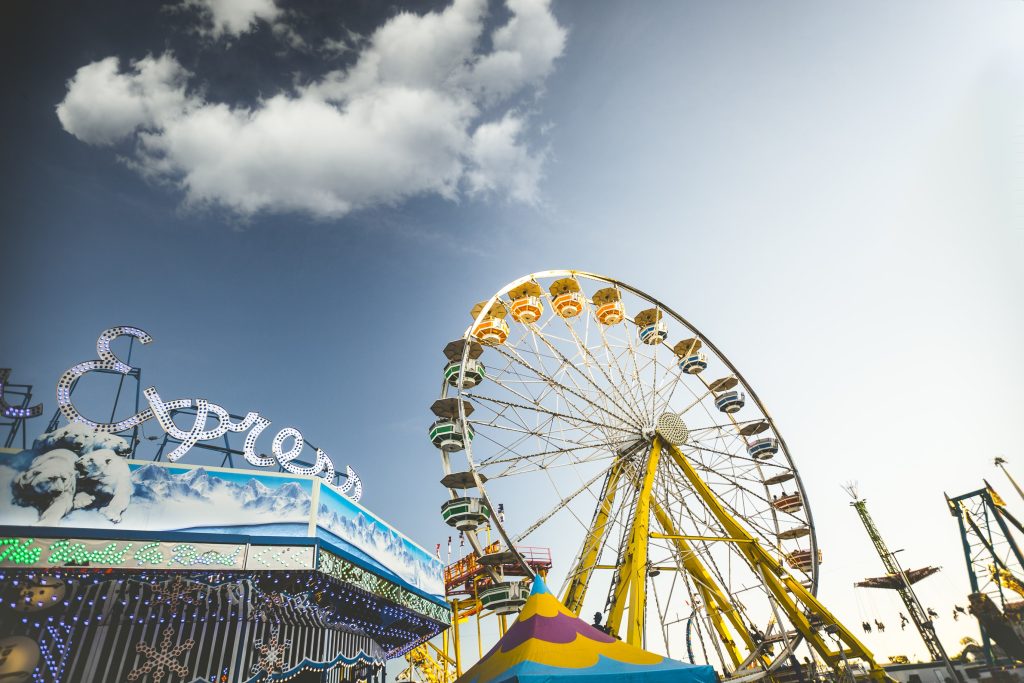 Georgia state health officials are investigating whether E. coli (presumably, E. coli O157:H7) was spread at the Georgia National Fair held earlier this month. Here is everything we know about this Georgia Fair Ecoli Outbreak:

The Georgia Department of Public Health said it has confirmed four cases of the illness among children who were at the event in Perry from Oct. 7 to Oct. 17, news outlets reported. Three of them are now hospitalized. The children live in counties around the state. As of Oct. 28, NCHD and DPH have identified four cases of shiga-toxin producing E.coli (STEC) infection in attendees of the Georgia National Fair in Perry, which was held Oct. 7-17. All 4 confirmed cases are in children that reside in counties across the state of Georgia, and thee of these cases have been hospitalized. Of the four cases, one has been confirmed to be E.coli O157:H7.

ANCHD and DPH epidemiologists are working to determine what could have caused the outbreak by comparing activities between those who became sick and those who did not.

“We are hoping we don’t see anymore cases, but we encourage anyone that feels like they may have been infected to contact their primary care physician, “ said NCHD spokesperson Michael Hokanson.

Hokanson said they’ve created an online survey that they hope will help them pinpoint the cause of the problem. Anyone who went to the fair can fill it out — even if they did not get sick after the event. State epidemiologists are working to determine what could have caused the outbreak by comparing activities between those who became sick and those who did not.

Epidemiologists ask each person that visited the Georgia National Fair between Thursday, Oct. 7 and Sunday, Oct. 17, to complete the survey, even if they did not become ill. All information provided to public health will remain confidential in accordance with HIPAA practices. Information will be used to investigate and determine what could have caused illness by comparing activities between those who became sick and those who did not. A map of the fairgounds is included below to aid in survey completion.

About the Georgia National Fair

The fair, which was held at the Georgia National Fairgrounds and Agricenter and typically attracts 500,000 people each year, features livestock competitions, horse shows, pig racing and a petting zoo.

Kids and Ecoli from Petting Zoos

Several children have contracted Ecoli from petting zoos, state fairs, animal attractions, or other places where they come into contact with animals through the years, and a few have died. This has led to laws and precautions put in place regarding animal exhibits. One such law, in North Carolina, is called Aedin’s Law after a young girl who got sick with E. coli in 2004 in an outbreak that affected over 100 others, requires petting zoo operators to have a special license to run the zoo, and also to post signs on the dangers of interacting with animals. Another provision of the law requires the a hand-washing station must be located within ten feet of the petting zoo. Despite this law, and similar laws in other states, a few people contract E coli from animal exhibits each year.

So, how do these germs get inside our body and cause the illness?

Most of the pathogens that cause infections like Salmonella, Ecoli and Campylobacter are present in the intestines of these animals. They shed it in their feces, which can then contaminate their surroundings and body of the animals. These bacteria spread to the hands of the people who touch these animals or their surroundings. And from the hands to their mouth – This is mainly how diarrheal illness spreads from animals to humans.

At the petting zoo, fecal contamination is present at various surfaces from gates, walls to pens and food containers of the animals. Keep in mind, that the contamination isn’t always visible to the naked eye or the animals who carry the pathogen in their intestine won’t always show any symptoms. Therefore, it is important to practice proper precautionary measures at all times.

Animals at least risk of transmission include:

Animals at most risk of transmission include:

How to prevent yourself and your kids from getting infected?

Our mission is to help families who have been harmed by petting zoos, state fairs, and farms.  When corporations cause food poisoning or Legionnaires’ disease outbreaks or when petting zoos cause outbreaks, we use the law to hold them accountable.  The Lange Law Firm is the only law firm in the nation solely focused on representing families in food poisoning lawsuits and Legionnaires disease lawsuits.

If you or your child was infected with Ecoli in this Georgia Fair Ecoli Outbreak after attending the Georgia National Fair and are interested in making a legal claim for compensation, we have an Ecoli lawyer ready to help you.  Call us for a free no obligation legal consultation at (833) 330-3663 or send us an e-mail here.