GMO Rice May Be A Solution to World Hunger 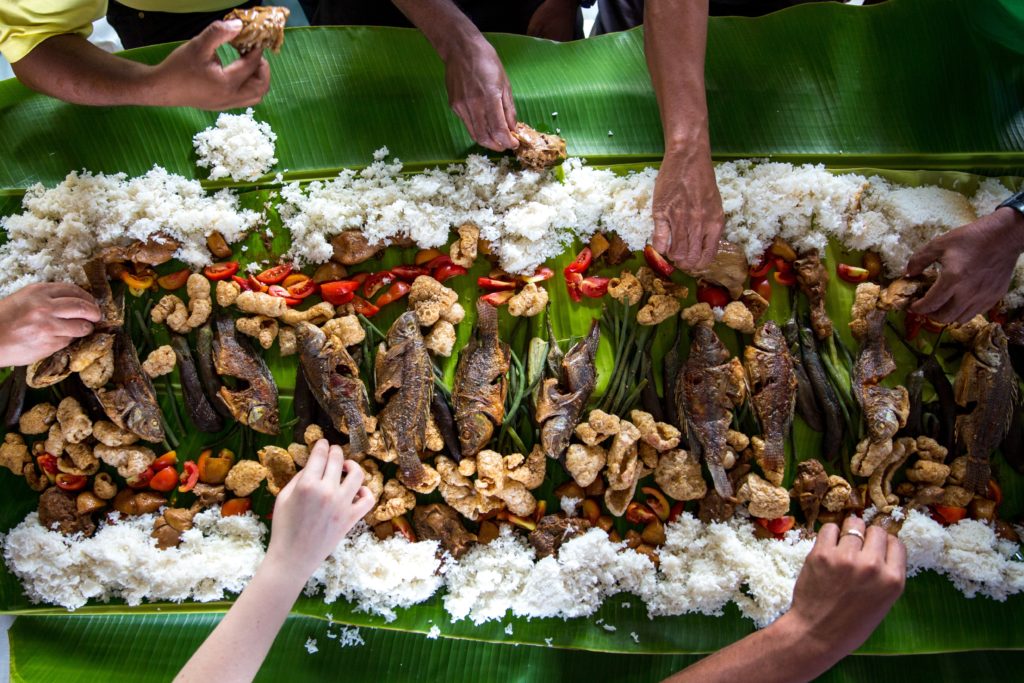 Wondering of there are perks to Genetically Modified Organisms (GMOs)? You would be surprised to learn that some researchers are using them to try to find a solution to world hunger and food insecurity – using a multi-continental, cross-cultural food staple. Rice! In fact, they have found a way to produce up to 31 percent more grain without making big changes to food safety or the integrity of the crop. GMO Rice for the win!

We were intrigued, and I bet you are, too.

Here’s what they did…

The Evolution of Rice

A new strain of rice developed by scientists at Purdue University and the Chinese Academy of the Sciences promises 25-31 percent grain without sacrificing survivability. The strain was developed using a CRISPR/Cas9 gene editing. According to a press release put out by Purdue University, achieving a similar resulting using conventional breeding methods would have been virtually impossible.

The team used CRISPR to suppress genes in rice that improve tolerance of harsh conditions, like drought or salty soils, but limit potential for growth. The scientists played with 13 of these genes; all of them affect the production of a plant hormone called abscisic acid. These genes, also known as PYL genes, harden the rice plant against a range of environmental stresses. The hardening has a flip side, however – it slows down the plant’s growth, which ultimately affects the amount of rice that it yields.

Thankfully, there’s a good bit of genetic redundancy in rice. Multiple different genes affect the plant’s ability to survive in environments with too much salt or too little water. The trick is to turn off the right combination of genes to encourage growth without also compromising stress tolerance. Allow the plant to get bigger, but make sure that there are redundant functions to cover the roles that would otherwise be taken up by the genes that you’re turning off. The scientists referred to this particular combination of genes as a “knockout.”

The researchers ultimately produced several different varieties of rice with different combinations of PYL genes switched off. Some weren’t much bigger than a run-of-the-mill rice plant. Others were bigger than normal, but also more fragile; they couldn’t hack different stresses that PYL genes would normally equip them to deal with.

One variety of rice, however, seems to have the knockout combination of deactivated PYL genes. It’s got more growth than your typical rice plant, which translates into more yield; on average, the strain produced between one fourth and one third more rice than non-gene edited controls. That increased yield, however, doesn’t mean that corners have been cut with stress tolerance. According to the paper published by the researchers in the Proceedings of the National Academy of the Sciences, tolerances to drought, high salinity, and other environmental stresses are as robust in this new strain as they are in unaltered plants.

The knockout combination was quite tricky to achieve, explained lead researcher Jian-Kang Zhu in the press release from Purdue. The different PYL genes are specialized to a certain degree, but they also have functions that are shared. Knock one out to try and change a specific trait and another PYL gene might step in to cover the function that the researchers were trying to suppress. Knockout the gene that stepped in, and you run a chance of compromising stress tolerance as a cost of increased growth.

The high-yield rice wouldn’t have been possible without the use of CRISPR/Cas9 gene editing technology. CRISPR is adopted for a genetic editing system that was first found in bacteria. Originally, CRISPR helped those bacteria protect themselves against viral invaders. A snippet of RNA seeks out a specific section of DNA. Once it’s found the section of DNA that it’s looking for, the guide RNA binds itself to it. It also brings along an enzyme called Cas9. Cas9 snips the targeted section of DNA from the rest of the genome.

Originally, this technique allowed the immune defenses of bacteria to render viral pathogens inert. If the bacteria’s CRISPR genes recognized the virus from a previous encounter, it could send out sequences of RNA to target the genome of that virus and cut it to pieces with Cas9. With its DNA in tatters, the virus would be left dead in the water – unable to attack the bacteria and use it to replicate its damaged genetic information.

CRISPR isn’t just a blunt-force tool, however. Scientists have repurposed it as a technique for precise genetic editing in all kinds of contexts. Using the same combination of guide RNA and Cas9 enzyme, they can target specific sequences of DNA for binding, deactivation, and snipping. They can also, however, use the CRISPR toolset to duplicate, rearrange, or replace that DNA with a different genetic sequence.

The precise editing afforded by CRISPR allows scientists to edit multiple genes at once. Conventional breeding techniques to promote or isolate specific genes are somewhat sloppy; they do allow researchers to encourage or suppress the reproduction of specific genes, but there’s a fair amount of chance involved. Random genetic mutations are a wild card factor that are difficult to control for. Trying for a knockout combination of PYL genes through breeding, for example, would take multiple generations of plants with lots of sloppiness.

With CRISPR, researchers can achieve different combinations in a single generation. Because they’re editing the DNA of a plant directly and precisely, they can achieve the changes they want and pass them onto the next generation without the messiness or compromise of breeding. CRISPR is still a young technology, and one that’s somewhat controversial; at the moment, the USDA’s proposed rules for GM (genetically modified) food don’t cover CRISPR edited crops. In the case of Purdue’s gene-edited rice, however, it shows real promise to take a bite out of world hunger and improve lives. If it is safe and helps feed the hungry masses, we are all for it — any positive steps we can take toward eradicating food insecurity.