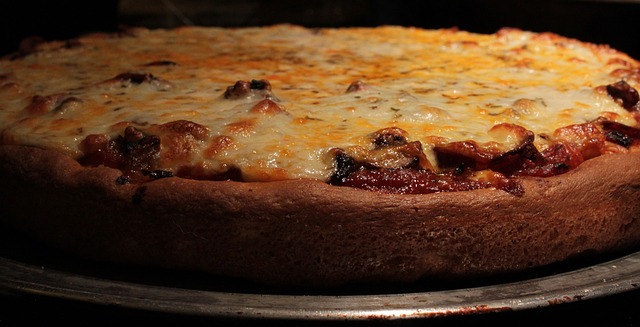 Could sick employees be the cause of a Salmonella outbreak back in April of 2019 linked to Green Mill Restaurant in Minnesota? It looks like it. Here’s what we know about the Green Mill Salmonella Outbreak:

“Tomato and romaine lettuce consumption were statistically associated with illness” in this outbreak of Salmonella Braenderup.  “Fresh produce, including tomatoes and romaine lettuce, were delivered on the morning of April 5. Tomatoes are rinsed with Victory wash in the sink, diced or sliced, and then stored in the walk-in cooler and line flip top cooler. The romaine lettuce is delivered pre-cut and pre-shredded.”

The local health department’s sanitarians visited Green Mill on April 19. All 53 of the restaurant’s employees were interviewed, and 5 employees were excluded because they reported vomiting, diarrhea, or fever since March 17. The report confirms that “illness onset dates for employees were April 1, April 9, April 11, April 19, and April 24. All five of these employees negative twice for Salmonella on their first two samples.”

Due to these findings and the reports of illness, all restaurant employees were required to submit two stool samples to the health department for Salmonella testing.

The health agents collected online orders, information for catering groups, and receipts from April 5, 8, 9, and 10 from the restaurant, and these patrons were called to find additional cases and controls. As a result, interviews were conducted on “[e]ighty-nine restaurant patrons and 18 additional catered training event attendees were interviewed. Seven cases (7%) were identified, including five laboratory-confirmed cases. Two patrons reported illness but did not meet the case definition and were excluded from further analysis.”

We do know that:

According to the report from the Hennepin County Department of Health, “This was an outbreak of S. Braenderup infections associated with the Green Mill restaurant in Bloomington and identified through routine disease surveillance. Tomato and romaine lettuce consumption were statistically associated with illness. Two banquet servers tested positive for the outbreak strain of S. Braenderup. Food workers infected with Salmonella may have been the source of contamination, but other sources of contamination could not be ruled out.”

Opened since 1935, the oldest licensed pub in St. Paul, MN, the Green Mill Restaurant & Bar is a chain of restaurant/ bars throughout Minnesota.

“On a trip to Chicago in 1975, Green Mill’s owners fell in love with deep dish pizza and added their version to the menu. What happened next was pizza history. Word spread. Lines formed. Awards were won. A legend was born.

Soon pizza lovers throughout the upper Midwest could visit their own local Green Mill for a slice of history. The menu grew too. And our made-from-scratch pasta, sandwiches, and hand-crafted cocktails became fan favorites.”

Salmonella is a bacterium that can cause food poisoning in humans. It is one of the most common foodborne illnesses in the US with more than 1.2 million illnesses recorded each year. Some of the most common symptoms of the illness is diarrhea, vomiting and abdominal cramps. Incubation period is around 6 to 72 hours. Some individuals are more susceptible to developing the illness and also, having complications like young children, elders, pregnant women and those with compromised immune system. The illness subsides on its own in healthy individuals within a few days. Sometimes, hospitalisation is required. Complications such as dehydration, bacteremia (bloodstream infection) and reactive arthritis.

If you or your child was infected with Salmonella after eating at Green Mill in this Green Mill Salmonella Outbreak and are interested in making a legal claim for compensation, we have a Salmonella lawyer ready to help you.  Call us for a free no obligation legal consultation at (833) 330-3663 or send us an e-mail here.