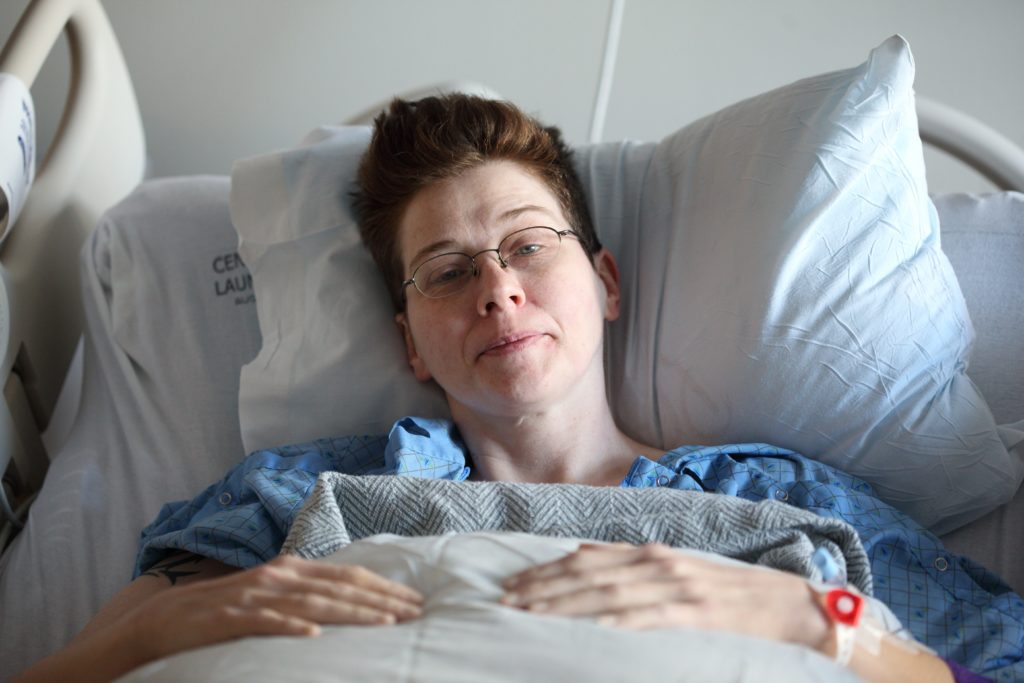 Have you ever heard of Guillain-Barre Syndrome?  Chances are, you probably haven’t.  Unless you or someone you know was diagnosed with it.  While there are several ways to contract this horrible illness, one of the lesser known modes of transmission is through food.

Guillain-Barre Syndrome is a type of auto-immune illness where the immune system attacks the body’s nervous system.  This affects the nerves, primarily through the limbs, and throughout the body.

How Do You Get It?

Several viruses can cause Guillain-Barre Syndrome.  The disease often develops around 3 weeks after viral infection.  Top offenders include: Epstein-Barr virus, HIV, Hepatitis B, and Cytomegalovirus.  Though one serious bacteria can also cause this syndrome.  Campylobacter bacteria like Campylobacter jejuni, a type of bacteria known for causing food poisoning.  This bacteria enters the body through contaminated food or water and by transfer to the mouth from unwashed hands.

Food Poisoning Causes Autoimmune Disease?  How Does That Work?

When you think food poisoning, most people only think about the digestive aspects that result.  You know what I am talking about.  The awful bathroom activity, nausea, and vomiting.  But unfortunately, there are worse things that can happen.  Even long-term and chronic diseases can result foodborne illness.

In the case of Campylobacter and Guillain-Barre syndrome, the result is an autoimmune disease.  The body reacts to the infection by producing antibodies.  This is what the immune system is supposed to do.  These antibodies attack the foreign bodies (or bacteria in this case) so that it cannot replicate in large enough numbers to make you sick.  This happens 24/7/365 as we are constantly assaulted by bad things trying to get in our bodies.

When an autoimmune situation happens, these antibodies go above and beyond what they are designed to do.  In this case, they attack the bodies nervous system and other parts of the body.  Experts explain that the structure of the bacteria and the structure of our nerves are almost identical.  Antibodies mistake the nerves for hostile bacteria and attack them as well as the bacteria.  Muscles that are supplied by those attacked nerves also incur damage.

Many times autoimmune diseases are permanent, causing long-term chronic conditions like rheumatoid arthritis.  While this can occur in rare cases, most of the time the immune system reacts to the infection and then antibody production dies down, allowing infected individuals to completely recover from Guillain-Barre Syndrome.

What Symptoms Can an Infected Individual Expect?

Symptoms often begin to appear around 3 weeks after infection.  These symptoms will worsen around 2 to 4 weeks after onset and then begin to reduce as the damaged nerves begin to heal.

How Will I Know it is Guillain-Barre Syndrome?

Your doctor can perform a comprehensive exam and additional testing to determine if you are affected by Guillain-Barre Syndrome.

This often involves testing the electrical activity patterns in the nerves of your body.  Blood and lung function tests can be performed was well as a laboratory test of your cerebrospinal fluid.  This sample is obtained by pulling cerebrospinal fluid from the base of the spine with a needle.  This is an area where fluid collects to protect the brain and spinal cord.  If there are high levels of antibodies present, you will be likely diagnosed with Guillain-Barre Syndrome.

Patients with confirmed Guillain-Barre Syndrome are often admitted to the hospital for treatment and observation in the event that life-threatening symptoms worsen.

What Are My Treatment Options?

Initial treatment will be to manage symptoms.  Heart rate, breathing, paralysis symptoms are immediately monitored and managed to prevent a life-threatening outcome.

There are several treatment options available for Guillain-Barre Syndrome.  Your doctor will assess your situation and make the best medical decision for you.  Some treatments include: Plasma exchange, immunoglobulin injections, Heparin injections, and painkillers.

Plasma exchange involves removing some of the blood from your body, separating the plasma and blood cells (the antibodies hang out in the plasma), and replacing the plasma with a substitute.  The earlier this process occurs, the more effective the treatment will be.  While highly effective, immunoglobulin injections are often performed instead due to fewer side effects.

Immunoglobulin injections are often administered to counteract the antibodies present in the body that are assaulting the nerves.  An immunoglobulin is a type of protein that acts as an antibody.  These are obtained from blood donations.  These injections work by changing the behavior of the immune system and helps by removing the harmful antibodies from the body.

These injections are performed by inserting a needle into the vein and slowly incorporating the liquid immunoglobulin mixture into the bloodstream.  The patient is closely monitored for potential adverse side effects.

Heparin injections are another treatment for Guillain-Barre Syndrome.  Heparin is an anticoagulant that is used to thin the blood.  This will help the body by diluting the antibodies floating around in the body.

To ease the symptoms, certain pain medications may be prescribed to help ease nerve related pain.

How Do I Avoid Getting Sick?

Common sense foodborne illness protection activities are the best way to avoid getting sick and contracting Guillaine-Barre Syndrome.  Campylobacter infection is more common than you think.  According to the Center for Disease Control and Prevention (CDC), an estimated 1.3 million cases of Campylobacter infection are reported in the United States each year.

Most infections result from consuming raw or undercooked poultry or consuming something that has touched it.  Other cases result from contaminated water, contact with infected animals, and drinking raw (unpasteurized) milk.

If you feel you are sick from Campylobacter infection, seek medical attention and the attention of a lawyer right away!