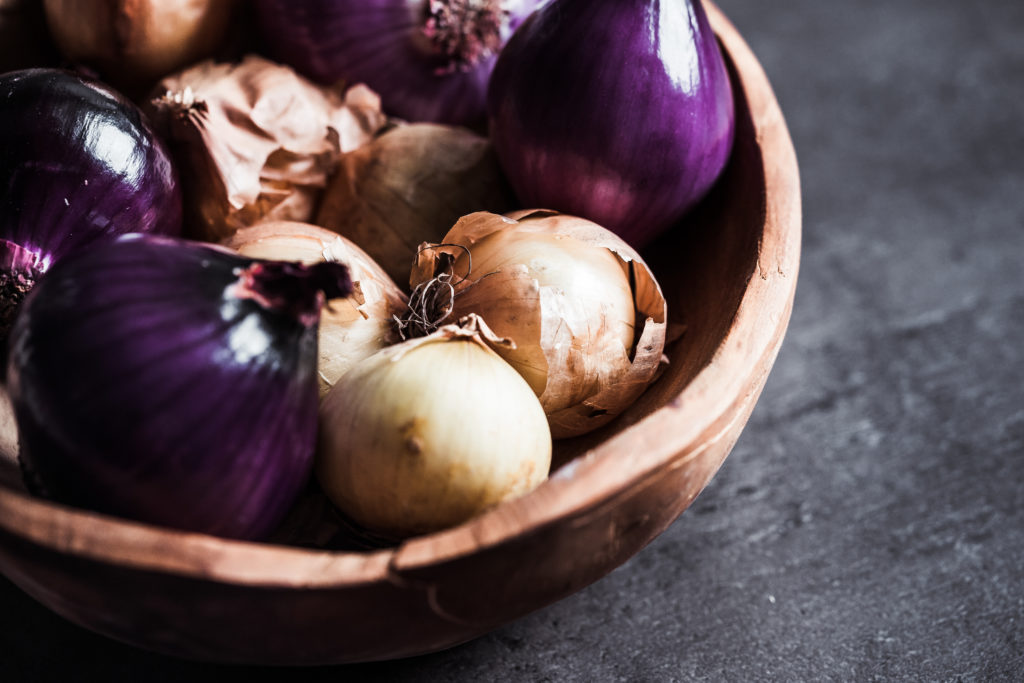 Onions from Thompson International have been identified as the source of a large outbreak of Salmonella Newport that’s sickened people across the United States and Canada, including 15 in Iowa. Here’s what we know about this Iowa Onions Salmonella Outbreak:

More than 500 people have fallen ill so far. That’s 396 people across 34 states in the US and 114 people in five different Canadian provinces. The hardest-hit states have been Oregon, California, and Utah, but the contaminated onions have cut a broad swath across the Midwest as well, with illnesses reported in every state from Appalachia to the Dakotas.

Canadian officials made the announcement on July 30th that they’d determined the source of the outbreak: red onions originating from the United States. Following that, Canada issued a recall of onions distributed by Sysco, responsible for the distribution of onions north of the border.

The Food and Drug Administration and the CDC in the United States, working from the information that had been shared with them by Canada, was able to identify the likely source of the contaminated onions: Thompson International, a company based in Bakersfield, California.

A recall has already been announced. We don’t actually have the specifics yet here at Make Food Safe, but we do know this: the outbreak will cover not just red onions but other products from Thompson International that have come into contact with them. From the FDA’s website: “Thomson International, Inc. has notified FDA that it will be recalling all varieties of onions that could have come in contact with potentially contaminated red onions, due to the risk of cross-contamination. This recall would include red, white, yellow, and sweet onions from Thomson International, Inc.”

Here’s our recommendation if you have onions at home and you’re concerned but unsure whether they’ve been implicated in the outbreak: get them out and look for labelling information. That info might come in the form of a sticker that’s on the onions, or from a label that’s on the bag or box which you bought the onions in.

If the onions have a Thompson label, you’ll want to throw them out, be they red, white, yellow, or sweet. Once we have expiration dates and lot numbers, you can use that specific information as a guideline. We don’t have that information yet, however, so the smart move is probably to throw them out if you know they’re from Thompson. That’s also the case if the onions don’t have a label and you’re unsure whether they’re from Thompson but suspect they may be: if you’re being cautious, toss them out.

Once you’ve disposed of the onions, you’ll want to sanitize the container that you had previously stored them in. You’ll want to wipe down any counters or other surfaces that they were on, and you’ll want to wash your hands, as you have no doubt now become very skilled at doing: twenty seconds, lots of hot water and soap, plenty of friction to build up a good lather, and attention paid to the backs of the hands and the spaces between the fingers.

Public health officials first became aware of the outbreak on the 10th of July. That’s when the Centers for Disease Control and Prevention saw the first signs of an outbreak through their PulseNet system. Investigators noticed that 13 Salmonella Newport illnesses from three different states showed a high degree of genetic similarity.

PulseNet is a nationwide disease database that’s used to look for relationships between different germs. When someone gets sick and goes to the hospital, medical workers swab for the pathogens that are causing their illness and send the swabs off to the lab for genetic analysis. That information is entered into a database, the aforementioned PulseNet, which is equipped not just to store but to compare the genetic sequences of manifold different little nasties.

If, for example, someone has salmonella in Michigan and someone has salmonella in Oregon, PulseNet might notice that the swabs taken from the two patients show a high level of similarity. When the salmonella is very genetically similar despite being separated by thousands of miles, it indicates that the bacteria may have come from a common source. Even though the patients are separated by distance, the microbes that caused their illness are cousins, if not siblings, and probably originated from the same place.

Salmonella is one of the most common causes of food poisoning in the United States. Symptoms typically take between six hours and six days to develop. Usually, victims will experience what looks like a classic case of food poisoning: common complaints are nausea, low-grade fever, diarrhea, vomiting, or a headache. Typically, these clear up after four to six days on their own.

Sometimes, symptoms of salmonellosis can be more serious. That’s the case if the fever spikes above 102 degrees fahrenheit, or if there’s blood in the stool. Ditto for vomiting or diarrhea that continues unabated, interfering with the ability to keep liquids down and stay hydrated. You shouldn’t be reading this if you’re experiencing symptoms that serious: you should be seeking medical attention from a professional. Salmonella isn’t usually deadly, but it can kill, and it’s more dangerous for the very young, the very old, and the immuno-compromsied than it is for others.

We’ll continue to publish more information about the outbreak and associated recalls as it becomes available.

If you got sick in this latest Iowa Onions Salmonella Outbreak and are interested in making a legal claim for compensation, we can help.  Our Salmonella lawyer can help you pursue compensation for your Salmonella food poisoning.  Call us for a free no obligation legal consultation at (833) 330-3663 or send us an e-mail here.