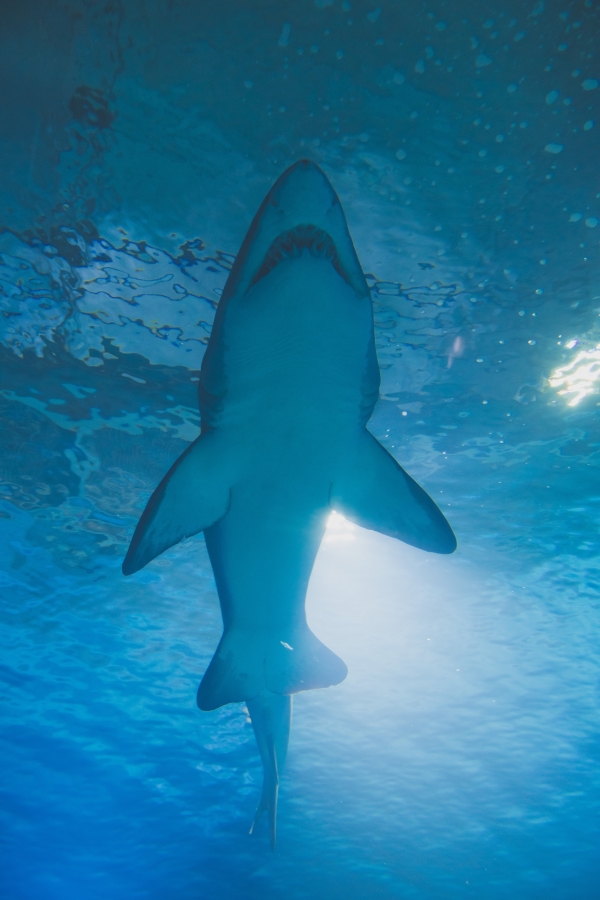 As we near the end of Shark Week, we at MakeFoodSafe took a moment to think about food and sharks. Shark is a food that many people around the world eat, but there is a delicacy that will make even the most robust stomach churn – Hákarl.

It seems that one person’s delicacy is another person’s stomach ache. Food plays such a vital role in cultures across the world, and since different nations develop their own unique tastes and flavors using the ingredients available to them and their people, it makes sense that preferences across borders would differ. But when one is faced with the world’s many delicacies–such as the shocking Filipino Balut, Thai bat paste soup, or Asian Sannakji–we’d often rather starve than feed. Under the light of the world’s many options, considering the Norwegian Hákarl somehow isn’t so disturbing–but would you eat it?

This is a famous Icelandic dish and it’s made entirely out of fermented shark meat. A Greenlandic shark, typically called hákarl in Icelandic, is mainly used, an ocean monster that can reach up to seven meters in length. Perhaps the most intimidating thing about these sharks is that their flesh is entirely poisonous due to their extremely high content of uric acid. Since these sharks have no kidneys, and therefore no way of removing uric acid from their bodies, their flesh absorbs most of it.

This meat is only edible after going through an intense fermentation process, during which the uric acid is destroyed and converted into ammonia. Throughout this process, the shark’s flesh is largely softened, obtaining a jelly-like consistency before being further prepared.

Traditionally, shark preparation begins by removing the guts, inner organs, cartilage, and head. The meat of the shark is then washed and plopped into a hole in the ground, preferably earth with loose gravel or lava sand in order to allow for the proper about of shark drainage. The hole is completely closed, and then covered with heavy stones to press down on the meat, then left for a period of time. The shark remains buried for six to seven weeks in the summertime, or two to three months in the winter time.

During this waiting period, fluids drain from the shark meat, allowing the fermentation process to commence, cleansing the shark of the poisonous properties. Once the fermentation period is over, the meat is retrieved. It is soft and smells heavily of ammonia. The shark meat is then hung to dry, usually in a wooden, meat-drying shack with plenty of holes in the walls to allow wind to enter, but to prevent sunlight from shining on the shark. This process takes anywhere from two to four months before the shark is ready, with warm, windy, and dry weather hastening the process. Once this process is complete, the shark is edible and is usually cubed and served in brennivin, a local spirit.

Obviously, burying shark meat in gravel and leaving it there for months on end is not the only modern way to prepare it. Today, it can be placed in perforated plastic containers and left there for the fermentation process to proceed. Because of shark’s high ammonia content, many people find hákarl to be entirely repulsive, disliking the perfume-y taste it plummets through your mouth and to the back of your throat, but that doesn’t stop it from being strongly considered a delicacy.

With the wide array of options we have today at our local supermarkets, such as fresh fruits and vegetables, non-fermented meats, and plenty of grains and oats, one might wonder why one would put in the effort to make a poisonous animal edible–especially when the ending, edible result leaves a powerful aroma of ammonia in your mouth. Well, one has to consider the harsh conditions found in Northern countries such as Iceland and Norway that would lead settlers to utilize any and all meat available.

When the Vikings first settled in Iceland, the Greelandic shark was one of the only creatures of abundance in the frigid North Atlantic waters. Most wildlife found in Iceland today was imported, making native animals key to human survival. Even though the shark meat was entirely toxic and not altogether appetizing once fermented, in the early settlement years, it was one of the only sources of nourishment. In order to conserve as much food as possible, Vikings were forced to make this unpalatable protein palatable. Since Icelanders tend to be people who take pride in their deep-seated traditions, hákarl remains an Icelandic delicacy today.

“So what does hákarl taste like? Some say the flavor is similar to the taste of broken dreams. But seriously, the hype is larger than the truth. Yes, it was a struggle to keep the shark down in the presence of fiercely nationalistic Icelanders, but when I tried it, the hákarl was actually somewhat sweet and initially there isn’t much taste . . . it’s the aftertaste that lingers pungently.” – According to Jenna Blumenfeld of TheExpeditioner.com

In her article about the Icelandic delicacy, she went on to comment, “When explaining hákarl to foreigners, Icelanders enjoy recounting the reaction of Anthony Bourdain who described the delicacy as “the single worst, most disgusting and terrible tasting thing.” Andrew Zimmern had a similar reaction, and even more disturbing, the smack-talking Gordon Ramsey reportedly vomited after eating it.”

Nathan Wahl told UrbanDaddy.com, “The initial flavor was largely underwhelming. The following flavor, however, was overwhelming. It was heady. It was all-encompassing. I felt a tingle in the back of my skull. It tasted like regret. It was hard to swallow and my throat kept closing up in a natural defense mechanism. Every second that passed with that one, small bite in my mouth made the experience that much worse. I finally choked it down with a few swigs of Gull, Iceland’s lawnmower beer.”

In case it isn’t obvious, you shouldn’t attempt to prepare hákarl at home. This meat’s intense toxic properties are not to be trifled with and should therefore be left to the professionals. If you wish to taste the perfume-y delicacy, try visiting a restaurant that understands the proper means of preparation and order it off their menu. They’ll be pleased to serve you and will most likely be happy offer you even more information about the traditional dish.