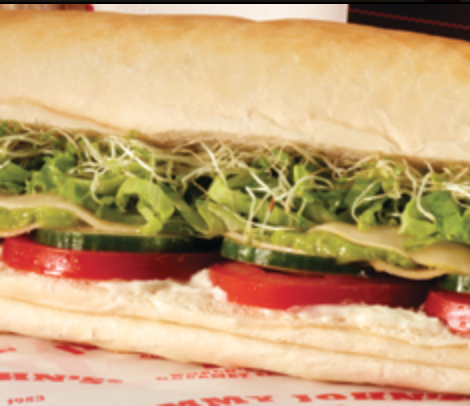 How many licks does it take to get to the chocolaty center of a Tootsie Roll Tootsie Pop?  Evidently fewer than the number of outbreaks linked to the fast food sandwich chain – Jimmy John’s.  The United States Food and Drug Administration (FDA) has finally issued a Warning Letter last week to the sandwich franchise on that subject. Here’s all the scoop on the Jimmy Johns Warning Letter:

What’s a Warning Letter and Is It a Big Deal?

The FDA doesn’t issue warning letters all willy nilly.  They have pretty important things to do.  They do inspections, ensure compliance, etc.  When it gets to the point of Warning Letter, you can bet there is some big issues to warrant that level of government paperwork.  Jimmy John’s has finally reached that threshold.  That threshold seems to be 5 outbreaks in 7 years and going back on their promises with regard to sprout suppliers.

The latest outbreak in Iowa occurring in December 2019 involving the nasty bug, E coli O103 was the final straw.  According to the warning letter, “The evidence demonstrates that your corporation [Jimmy John’s], through your franchised Jimmy John’s restaurants, engaged in a pattern of receiving and offering for sale adulterated fresh produce, specifically clover sprouts and cucumbers.”

This translates to a pattern of behavior involving tainted produce, a slap on the wrist, a promise to do better, followed by more tainted produce – rinse, wash, repeat.  You see where I am going with this.  Meanwhile, the general sandwich loving public is caught in the crosshairs.  It seems every sprout wielding sandwich leaves you vulnerable to harmful microorganisms and a statistic of the next outbreak.

How bad were these outbreaks?  Let’s count them!

Let’s take a walk down memory lane.  The first outbreak cited in the Warning Letter ended around April 5, 2012 and involved E. coli O26.  A total of 29 people were infected with the outbreak strain of E. coli O26.  This outbreak was linked to sprouts.

Next up, another E. coli outbreak.  This outbreak ended around August 1, 2014 and involved E. coli O121.  A total of 19 people across the states of California, Idaho, Michigan, Montana, Utah, and Washington were infected with the outbreak strain of E. coli O121.  This outbreak was attributed to a sprout supplier as well.  Seeing a trend here?

This outbreak ended around February 28, 2018 and involved Salmonella Montevideo.  A total of 10 people across the states of Illinois, Minnesota, and Wisconsin were infected with the outbreak strain of Salmonella Montevideo.  This outbreak was also attributed to a sprout supplier.  It’s been 4 years since the last sprout outbreak.  Maybe they haven’t made the connection yet.  It is the 3rd in 6 years at this point.  Not to mention they had already had a slap on the wrist prior to this outbreak.

This brings us to the most recent outbreak, occurring November to December 2019 involving E. coli O103.  A total of 22 people from Iowa were infected with the outbreak strain of E. coli O103.  This strain was linked to sprouts and sprout irrigation water from the firm that supplied to Jimmy John’s restaurants.  It was finally time for the FDA to take action.

In the last 7 years across no fewer than 17 states, supplier issues have resulted in significant illness and outbreaks.  This is what has prompted the FDA Warning Letter.  This trend demonstrates that “the corporate-wide supplier control mechanisms you have in place for receiving fresh produce are inadequate.”  In other words, Jimmy John’s has not done a very good job at sourcing clean ingredients.

In the middle of the past 5 outbreaks the Company sat down with the FDA and made a promise, mostly to keep themselves out of hot water.  They conceded that they would only offer clover sprouts and to only source clover sprouts from very specific and vetted suppliers.

That sounds all well and good.  Except…  They must have had their fingers crossed behind their backs.  According to the Warning Letter, “Since that corrective action, your firm has been implicated in three additional sprout-related outbreaks.  Documents from traceback investigations conducted by FDA, states, and local partners demonstrate that in addition to sprouts, Jimmy John’s restaurants are using multiple other sources of sprouts.”  I guess that memo didn’t make it to the person placing orders.

Are Sprouts REALLY Worth the Risk?

Personally, I don’t get it.  Raw sprouts are such a high-risk food.  I cannot imagine why a restaurant would want that liability.  Not to mention a restaurant that has been responsible for multiple outbreaks affecting the lives of so many people.  Wouldn’t it just be easy to remove that ingredient from their sandwiches?

Jimmy John’s president, James North, finally pulled sprouts from their menu.  According to a statement to USA TODAY, sprouts have been removed from Jimmy John’s restaurants across the nation until further notice.  “This removal was out of an abundance of caution and was not initiated by any known, immediate threat,” North said.

Perhaps it is an homage to the colloquial statement, “Fool me once shame on you.  Fool me twice shame on me.”  I am reading between the lines here at the “until further notice” and reference to “no known, immediate threat.”  They have deceived the public and the FDA before by going back on their word.  Only time will tell until they may relapse and leave their patrons at risk.