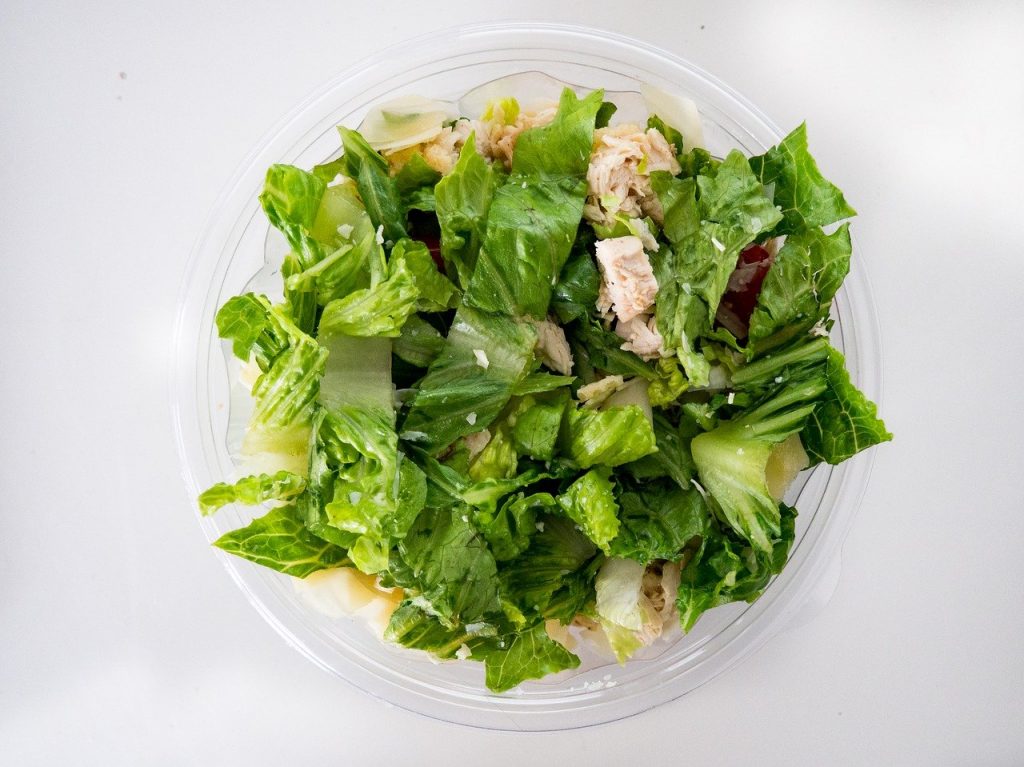 A series of 4 E. coli outbreaks, spanning 21 states are currently under investigation by the CDC, FDA, and regulatory officials from several states. Multiple states have patients from each of the 3 outbreaks. A total of over a hundred people have been affected, and over 50 people have been hospitalized and 1 person has died. A specific cause for the outbreaks is not yet known, however reports from two of the outbreaks seem to be linked to lettuce and other leafy greens. Here is what we know about these Leafy Greens Ecoli Outbreaks:

Illnesses started on dates ranging from August 10, 2020, to October 31, 2020. Ill people ranged in age from 1 to 85 years, with a median age of 33 years, and 60% were female. Of 34 ill people with information available, 20 people were hospitalized and 4 people developed hemolytic uremic syndrome (HUS), a type of kidney failure. No deaths were reported.

State and local public health officials interviewed ill people to determine what they ate and other exposures in the week before they got sick. Of the 23 ill people interviewed, 22 reported eating or maybe eating a variety of leafy greens, including spinach (16) and romaine lettuce (15).

FDA completed traceback investigations for several types of leafy greens ill people reported eating. Several farms of interest were identified, but no single ranch was a common source of the leafy greens.

FDA and state partners conducted inspections on farms of interest and collected environmental samples. FDA is analyzing the samples and continuing their investigations to identify the root cause of this outbreak.

The outbreaks started on dates ranging from June 6, 2020 to October 23, 2020 and span a whopping 21 states. People in California, Florida, Illinois, Michigan, New Jersey, Ohio, Utah, Wisconsin, Arizona, Indiana, Kansas, Minnesota, Missouri, North Dakota, Oregon, Pennsylvania, Tennessee, Texas, Washington, Wyoming, Virginia have all been affected. Unlike many other disease-causing bacteria, E. coli can cause an infection even if you ingest only small amounts. Potential sources of exposure include contaminated food or water, and person to person contact.

E. coli consists of a diverse group of bacteria, most of which normally live in the intestines of people and animals and are not only harmless, but in fact an important part of a healthy human intestinal tract. Unfortunately, some of the bacteria are pathogenic and can cause diarrhea or illness outside of the intestinal tract. These types of E. coli are generally transmitted through contact with contaminated water, food, or via contact with infected animals or people.

Most people who become infected with E. coli start to notice symptoms 3 to 4 days after eating or drinking something containing the bacteria. Although, there have been cases reported anywhere from 1 to 10 days after exposure. In general symptoms include severe stomach cramps, diarrhea, and vomiting. Some people may experience fever. Most infections are very mild and the infected person recovers within 5 to 7 days. However, some cases do become severe or even life-threatening.

About 5-10% of people develop a potentially life-threatening complication known as hemolytic uremic syndrome (HUS). HUS develops about 7 days after symptoms first appear, when diarrhea is improving. Clues that someone is developing HUS include decreased frequency of urination, feeling very tired, and losing pink color in cheeks and inside the lower eyelids. People with HUS should be hospitalized because their kidneys may stop working and they may develop other serious problems. Most people with HUS recover within a few weeks, but some suffer permanent damage or die. You should contact your healthcare provider if you have diarrhea that lasts for more than 3 days or diarrhea that is accompanied by a fever higher than 102˚F, blood in the stool, or so much vomiting that you cannot keep liquids down and you pass very little urine.

The most common source of E. coli infection is eating contaminated food.

Additionally, through contaminated water. Human and animal stool may pollute ground and surface water, including streams, rivers, lakes, and water used to irrigate crops. Private water wells are a greater cause for concern because many don’t have a way to disinfect the water. Some people also become infected after swimming in infected swimming pools or lakes. Although public water systems use chlorine, ultraviolet light or ozone to kill E. coli, some E. coli outbreaks have been linked to contaminated municipal water supplies.

E. coli bacteria can easily travel from person to person, especially when infected adults and children don’t wash their hands properly. Family members of young children with E. coli infection are especially likely to get it themselves. Outbreaks have also occurred among children visiting petting zoos and in animal barns at county fairs.

While anyone can become infected with E. coli if exposed, some people are at higher risk and therefore more likely to develop problems. Young children and older adults, people with weakened immune systems, and people who take medication that decreases stomach acid levels are all at higher risk of experiencing illness caused by E. coli, as well as more serious complications from the infection. The age range of those infected by the mystery outbreaks are between 1 and 85 years of age.  One patient suffered a type of kidney failure and one has died.

Investigators are reviewing different types of data in an attempt to identify the source of these outbreaks. They are using Epidemiologic Data, Traceback Data, and Food and Environmental Testing Data to try and find a likely source. Unfortunately, they aren’t able to solve every outbreak, and sometimes the outbreak ends before enough data is gathered to identify a likely source.

There are a few basic things you can do to protect yourself, as well as friends and family from E. coli infection. It’s important to avoid swallowing water from lakes or pools, wash your hands often, avoid risky foods such as; raw meat, and unpasteurized milk, juice or cider, and always be sure to wash produce thoroughly. Washing produce may not get rid of all E. coli, especially in leafy greens, which provide many places for the bacteria to attach themselves to. However, careful rinsing can remove dirt and reduce the number of bacteria that may be clinging to the produce. Additionally, be sure to wash utensils and food preparation surfaces immediately after contact with raw food items and keep raw foods separate.