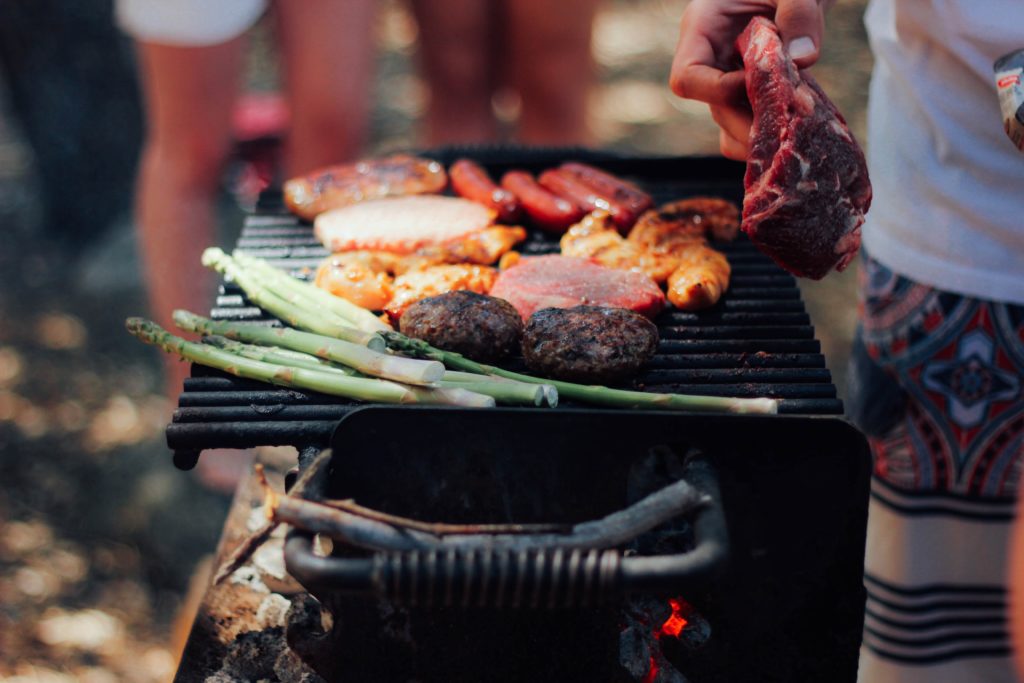 Attendees at a charity barbecue this last Friday went home with more than just leftovers. Some went home with a nasty case of food poisoning. According to a county public health alert, attendees of the Masonic Snow Lodge fundraiser Barbecue held Friday, July 19th at 240 Temple Dr, Boone, NC 28607 have fallen ill with symptoms of food poisoning. Here’s what we know about the Masonic Snow Lodge Outbreak:

The Outbreak As We Know It

Thus far, 8 laboratory confirmed cases of a foodborne illness and a number of others who have presented with similar symptoms of gastrointestinal complaints who all ate at the barbecue fundraiser. The local health officials of AppHealthCare have stepped in and are in the process of investigating what happened. “We do not have a confirmed source of the illness but are actively conducting a thorough investigation to determine it with support from the NC Division of Public Health, Appalachian Regional Healthcare System, Watauga County Emergency Management and the Masonic Lodge.  Any purchased food should be thrown away and not eaten since there is a risk it could be contaminated,” said Jennifer Greene, Health Director.

The Public Health Alert mentioned that “[h]ealth officials urge individuals who have eaten or purchased food from the Masonic Snow Lodge fundraiser Barbecue … to monitor for any gastrointestinal symptoms that include nausea, vomiting, diarrhea, or abdominal pain.”

In the meantime, AppHealthCare recommends: “If you are experiencing symptoms like nausea, vomiting or diarrhea, stay home and if you work in a high risk setting such as childcare, food service, or health care you should stay out of work until you no longer have symptoms. Take proper precautions and treatment for dehydration.

Talk to your health care provider if you have any symptoms associated with gastrointestinal illnesses that include nausea, vomiting, diarrhea, or abdominal pain.”

As always, health agencies usually recommend that, anyone who has become sick with food poisoning, report their illnesses to the health department. It’s always important to report food poisoning to public health officials, so that they can notify CDC. This helps in better detection, investigation and prevention of food poisoning across the country. You can report your illness related to this barbecue to AppHealthCare at 828-264-4995 or visit their website at www.apphealthcare.com.

What Could These Illnesses Be?

The only bit of information we have heard from the latest reports is that the symptoms include “nausea, vomiting, diarrhea, or abdominal pain” and that the food was eaten on July 19th. The public health alert mentions that the most common culprits are: norovirus, Salmonella, Clostridium perfringens, and Campylobacter. Due to the relatively short onset of illnesses, we can make some speculation as to what the pathogen may be:

Norovirus is a highly contagious virus that affects the stomach and intestines causing acute gastroenteritis. With a rapid onset of symptoms from 12-48 hours, this nasty little bigger is likely to be a suspect. Symptoms? They are diarrhea, nausea, vomiting, and stomach pain.  Other symptoms may include fever, headache, and body aches.

This is commonly known as the stomach flu because the symptoms appear similar to the flu with additional stomach symptoms.

It is also really easy to catch norovirus. These ways can include:

Another common contender, Salmonella is a possible suspect. Salmonellosis symptoms can include: diarrhea, fever, and abdominal cramps.  Symptoms typically start 12 to 72 hours after eating a food product contaminated with Salmonella.

It is a good idea for people with these symptoms to contact their health care provider.  While symptoms may be mild for some, others may be more severe requiring additional treatment. While symptoms of diarrheal Salmonella infection usually recover within 7 days, it may take several months before bowel habits return to completely normal.  In some severe cases diarrhea may be so severe that the sick person needs to be hospitalized and treated for dehydration.  In some patients, the infection spreads beyond the intestines and enter the blood stream, allowing the infections to reach other areas of the body.  Long term complications, like reactive arthritis, may also be an issue.

Clostridium perfringens also fits the characteristics of the outbreak. Commonly found in a variety of foods, especially meat products, outbreaks related to these bacteria occur when a large amount of food is prepared and held at a warm temperature prior to serving – like a barbecue. Alike to Bacillus cereus, symptoms of this illness are rapid – diarrhea and abdominal cramps within 6 to 24 hours. Vomiting and fever is not typically seen in this type of food poisoning (which may or may not be helpful in determining if this is the bacteria at issue). According to the Centers for Disease Control and Prevention, symptoms related to Clostridium perfringens happen suddenly, but ease within 24 hours. Some people may continue to have minor symptoms for an ongoing 1-2 weeks.

Staphylococcus aureus, or staph as it is sometimes called, is a foodborne bacterium that produces toxins in the human body. Staph is one of the bacteria observed often when outbreaks are linked to potlucks or parties with lots of food. Like the others in the group, the symptoms of a staph infection are fairly quick to show – usually developing anywhere from 30 minutes to 6 hours. Most people have symptoms of vomiting, diarrhea, and abdominal cramps.

A person can become infected with staph through the contamination of food items, usually through the lack of proper hand washing. This is because a person typically has staph on their skin, but in most healthy adults, it does not cause illness

The concern with staph is that it can be found on a variety of foods that people may handle, but not necessarily cook. These foods may not appear to be contaminated. They usually will not smell, taste, or look compromised in any way. So, baked goods, sliced meats, and sandwiches are common culprits. But, with proper cooking and holding temperatures, staph is usually killed and kept at bay. This is why cooking foods, especially meats, to their optimum cooking temperature is important. And why it is so important not to leave food out too long after cooking – no more than 2 hours (or 1 hour if the outside temperature is above 90 degrees F). According to Foodsafety.gov, “Staphylococcus can cause food poisoning when a food handler contaminates food and then the food is not properly refrigerated.” Infection is also potentially caught through unpasteurized milk and milk products.

Another likely culprit, Bacillus cereus, is found in foods that have been left in room temperature too long. FoodSafety.gov reports that food poisoning from this bacterium has a rapid onset, usually within 30 minutes to 6 hours. Symptoms are fairly mild, like vomiting, abdominal cramps, and minor diarrhea, and usually are subsided within 24 hours. This bacterium is considered the least likely culprit as the health department representatives were aware of food safety practices during the event. Bacillus cereus is typically found in food that has been left to sit for more than two hours.

It is likely that Campylobacter is not our culprit, because its onset period is usually 2-5 days. Based on the health department reports, it appears that those who became ill reported their illnesses on the same day that the barbecue was held.

Many diarrheal illnesses cause diarrhea, vomiting, and abdominal cramps.  This is why stool testing is crucial to find out what bacteria (or virus) may be the source. Testing is performed on a culture where growth medium specialized for foodborne pathogens is provided.  A specialized technician analyzes what grows and determines if the cell type is consistent with Salmonella or any other bacteria.  Once the bacteria is identified, additional testing can be performed to further characterize the bacteria.  The sample is usually then sent off to the public health laboratory for serotyping and DNA fingerprinting.  This information is logged into PulseNet. And viola – we know the culprit of the outbreak!

Our mission is to help families who have been harmed by contaminated food or water.  When corporations cause food poisoning outbreaks or Legionnaires’ disease outbreaks, we use the law to hold them accountable.  The Lange Law Firm, PLLC is the only law firm in the nation solely focused on representing families in food poisoning lawsuits and Legionnaires disease lawsuits.

If you or someone you love is sick after eating at Masonic Snow Lodge in Boone, NC and are interested in making a legal claim for compensation, we have a food poisoning lawyer ready to help you.  Call us for a free no obligation legal consultation at (833) 330-3663 or send us an e-mail here.