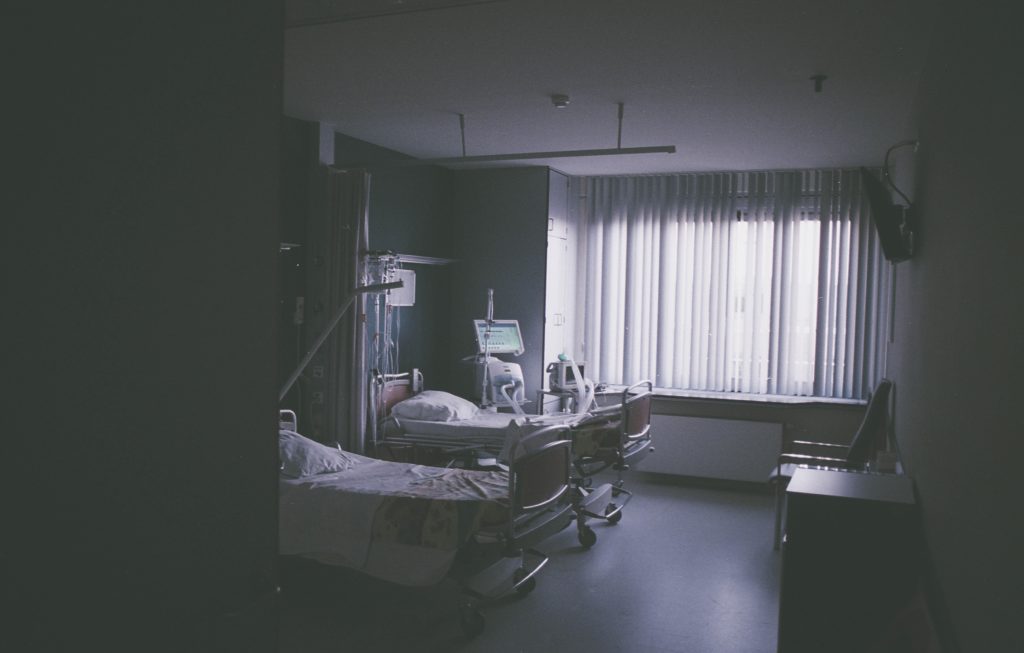 When you go to a hospital, the hope is that you’ll get better. You do not expect to catch your death from the hospital water. For at least one patient, they caught a water born bacterial infection at the hospital which likely caused their death. At writing, fourteen others also caught the disease, called Legionnaires’ disease after the 1976 American Legion convention where it was first identified. Here’s what YOU need to know about this Mount Carmel Grove City Hospital Legionnaires outbreak:

The hospital facing the outbreak is Mount Carmel Grove City Hospital, which opened just this year, 2019. Grove City is part of Trinity Health’s network of award-winning hospitals. It’s a bit of nightmare for a brand new facility such as this to face a Legionnaires’ disease outbreak. Bacteria prefer warm, stagnant water, which means the system was likely dirty from the start. The patrons of a hospital are precisely the people most susceptible to the disease and its worst results. Mount Carmel Grove City is asking anyone who was a patient at the hospital who has developed cough, muscle aches, headaches, fever or shortness of breath to contact their primary care doctor immediately. They are working with local health officials, Franklin County Public Health and the Ohio Department of Health, as well as the CDC to investigate and contain the outbreak. They have already completely disinfected their water system and continue to run tests and do additional disinfection.

Dirty Water in a Hospital?

So, what is it we’re dealing with, here in this Mount Carmel Grove City Hospital Legionnaires outbreak? Legionnaires’ disease is a type of pneumonia. It doesn’t generally spread person to person, but rather it spreads by individuals inhaling water droplets inhabited by the bacteria called Legionella pneumophila. So, for it to spread at a hospital, it wouldn’t matter if someone contracted the disease somewhere else and was treated at the hospital. The legionella pneumophila must be in the water.

Legionella pneumophila can be found anywhere, like most bacteria it prefers warmish and stagnant water. It typically only infects people who breathe in or aspirate contaminated mist or water. Aspiration is when you choke in such a way that spittle goes “down the wrong pipe” where it goes into your lungs instead of taking your esophagus down to your stomach. Your stomach is equipped for dealing with invaders, the local bacteria and stomach acid will take care of the problem. But your lungs are not so lucky.

Because of this, Legionella bacteria can be spread by water systems, air conditioning systems, sprinkler systems, produce sprinklers, humidifiers, hot tubs, choking in the shower, or any other complex water system which has not been properly cleaned and disinfected. Being microscopic, it doesn’t need a large pocket of stagnation to get a foothold.

An estimated 10,000 to 18,000 of people in the United States become infected by the Legionella pneumophila bacteria each year. The CDC states that 1 in 10 people who contract legionnaires’ die. Places full of complex water systems and at-risk people, like hotels, cruise ships, hospitals, and long-term care facilities are also more likely to have an outbreak than a personal septic system.

What are you looking for?

How do you know if you or someone you love has Legionnaires’ disease? The symptoms usually start with:

Then the symptoms may progress by the second or third day to include symptoms such as:

Symptoms may also include confusion or mental changes.

CDC provides a great deal of information on Legionnaires’, saying that symptoms typically appear 2 to 10 days after exposure to Legionella bacteria. The Mayo Clinic notes that occasionally Legionnaires’ can cause infections in wounds and in other parts of the body like the heart. The milder-but-still-mean form of Legionnaire’s disease is known as Pontiac fever. Pontiac fever doesn’t infect your lungs, but includes symptoms like fever, chills, headache and muscle aches.

Legionnaire’s disease must be diagnosed by a doctor, and if left untreated can lead to lethal complications such as:

The people most at risk are people over age 50, cancer patients, people with chronic lung disease like COPD or emphysema, current or past smokers, or people with underlying illnesses. Exactly the kind of people you find a lot of at a hospital. The most common risk factor is heavy cigarette smoking, the most severe is organ transplant because the medicines which protect the new organ also make the body vulnerable to bacteria.

Can Legionnaires’ be treated?

As we wait for the sick-count to rise from the Carmel Grove City outbreak, the good news is that Legionnaires’ disease can be treated by antibiotics, and for most people the treatment is successful. Even though an otherwise healthy person who contracts Legionnaires’ will likely be hospitalized to recover, and admission to intensive care is not uncommon, they will likely recover.

The disease can be difficult to eradicate entirely, survivors may show persistent symptoms of fatigue, as well as neurological or muscular issues in the months after an infection.

As a general rule, when a family member or other loved one falls ill, pay close attention to their symptoms.  Especially if you know that person has a particularly vulnerable immune system, If you think they might have been exposed to Legionella don’t hesitate to take your loved one to a doctor for testing. Diagnosing and treating Legionnaires’ disease as early as possible can shorten its duration and reduce the chance of life-threatening complications. Early treatment is incredibly important, especially for those with weak health.

What can you do to prevent Legionnaires’?

There is no vaccine for Legionnaires’ disease. The single biggest thing you can do for yourself to reduce your risk of ever catching this disease is to stop smoking. Smokers and people who have had lung disease have a dysfunctional aspiration prevention mechanism, which puts them at a higher risk of getting Legionella pneumophila in their lungs. For further prevention, if you or a loved one need a nursing home or long-term care, make sure to look for reputable long-term care homes and nursing homes which are well maintained and follow meticulous cleaning and disinfection procedures for their pools and spas. Pay attention to the news and check for outbreaks at that facility, and the facilities you are likely to use for yourself or your loved ones in the event of an emergency.

If you were infected with Legionnaires disease after visiting or staying at Mount Carmel Grove City Hospital, and are interested in making a legal claim for compensation, we can help.  Call us for a free no obligation legal consultation at (833) 330-3663, or send us an e-mail here.