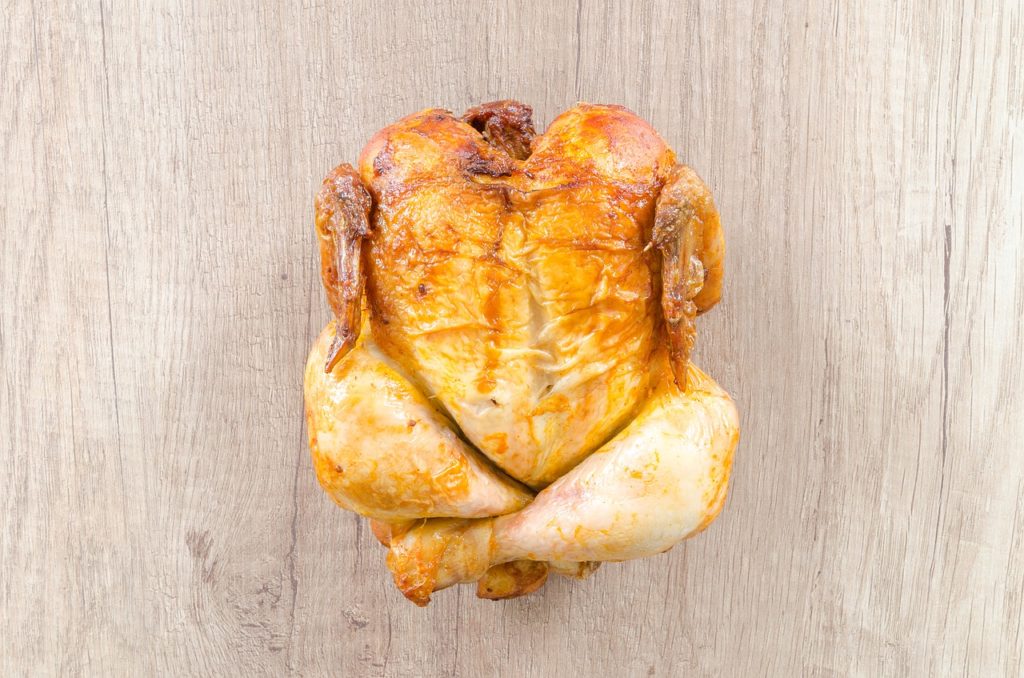 A new test for Salmonella developed by scientists at Cornell University has dramatically needed the time needed for accurate detection. The new tests are one hundred times faster for a particular variety, called Salmonella Dublin, which causes typhoid-like symptoms and is slow to detect using conventional methods.

With Salmonella being an incredibly common foodborne illness, and with so many different species and varieties, any new method to combat this bacteria is welcome! Even if it is for only one particular species-type.

The Cornell scientists who conducted the study used two different commercial testing kits as starting points – the MagMAX total nucleic acid isolation kit and the PrepSEQ Nucleic Acid Extraction Kit. The former kit is better at detecting DNA from salmonella grown in cultures; the latter at detecting salmonella from tissue samples, feces, blood, and feces. Different aspects of the workflow for both kits were modified by the researchers.

The recommended pre-enrichment broth was changed from buffered peptone water to Rappaport-Vassiliadis Soya, or RVS. RVS was chosen for its specific strengths in the recovery and detection of Salmonella varieties commonly found in animals.

The researchers also modified the method for extracting genetic material from their samples. An automated enzymatic lysis-based extraction method was swapped for a total nucleic acid isolation procedure. This change was made to improve detection in the case of clinical samples of feces or animal tissues.

The genetic material was then subject to a real-time polymerase chain reaction – a widespread technique in molecular biology to rapidly create copies of a single segment of DNA. The DNA is subjected to cycles of high and low heat. At high heat, the two nucleotide strands separate from one another – a process called DNA “melting.” An enzyme is introduced which turns the two half-DNA strands into two complete strands during the low-heat cycle – creating two copies of the DNA strand. After several cycles, the number of usable DNA strands in a sample is dramatically amplified.

Using these methods, researchers were able to dramatically lower the limit of detection for Salmonella Dublin. Press materials released by Cornell to accompany the study claim a hundredfold improvement for that particular server. For Dublin and some other varieties of Salmonella, tests that once took days can now be conducted in 24 hours.

Imagine the time that can be reduced to identify this species in food sources, water sources, and infected people. This means that we could potentially reduce the amount of illnesses, help stop outbreaks, and even potentially save lives.

The Down Low on Dublin

That’s a big and important change because Dublin is to grow in culture – and thus, difficult to detect. Because Dublin is “host adapted” in cattle, individuals can carry the bacteria for a long time. This puts calves, older individuals, and animals with compromised immune systems at risk. This means more illnesses, wider spread, longer outbreaks, and the higher probability for fatal cases.

In humans, Dublin has higher rates of hospitalization and mortality than other kinds of Salmonella. It is particularly dangerous for the very young, the elderly, and individuals with compromised immune systems. Dublin is commonly ingested through raw milk and can cause severe illness – presenting as an infection of the bones or blood, or through inflammation of spinal and brain tissues.

The new methods developed by Cornell are intended for the detection of Salmonella in veterinary settings. This is important in part because Dublin is “host adapted.” Animals carrying the disease might not show any symptoms but can nonetheless shed Dublin bacteria, thereby putting other animals at risk of infection. Although Dublin is primarily found in cows, it does not exclusively use them as hosts. It is occasionally found in horses, sheep, swine, and other mammals.

Cornell’s methods, of course, are limited by a couple of factors. They’re specifically intended for veterinary settings – and thus limited in usefulness for assessments in other situations. The Cornell test is also geared towards Salmonella Dublin – a serovar that’s difficult to grow in culture and thus trickier than usual to detect.

Luckily, there are other emerging technologies that can be used to a range of different salmonella types in a wide variety of settings. Scientists at the University of Massachusetts at Amherst are in the preliminary stages of developing a technique that would allow anyone with a smartphone, an app and a microscope attachment to detect bacteria like salmonella or e. Coli.

How? First, you would need to download the app and order a microscope attachment – it’s a little larger than a clothespin and is expected to cost about $30. The microscope comes with a chip coated in a proprietary chemical blend. Dip the chip into the intended sample – say, a dish at a restaurant – and place it underneath the microscope. The app can then then be used to examine the bacteria on the chip.

For now, the technology is in early days. Although the scientists have been able to identify the presence of bacteria on the chip, they’re still working on a more difficult aspect of the technology – correctly identifying the type of bacteria on said chip.  Right now, the researchers are developing techniques to determine whether or not the bacteria are pathogenic (read: harmful) or not.

If they’re able to solve that problem, they hope the technology will be applicable in a wide variety of settings – not just in restaurants but in household kitchens as well. It might even be used to test drinking water after natural disasters like floods or hurricanes. Divorcing Salmonella detection techniques from lab equipment and 24-hour wait times, as these researchers hope to do, would be a dramatic step forward in pathogenic testing technology.