Once Upon a Vibrio Oyster 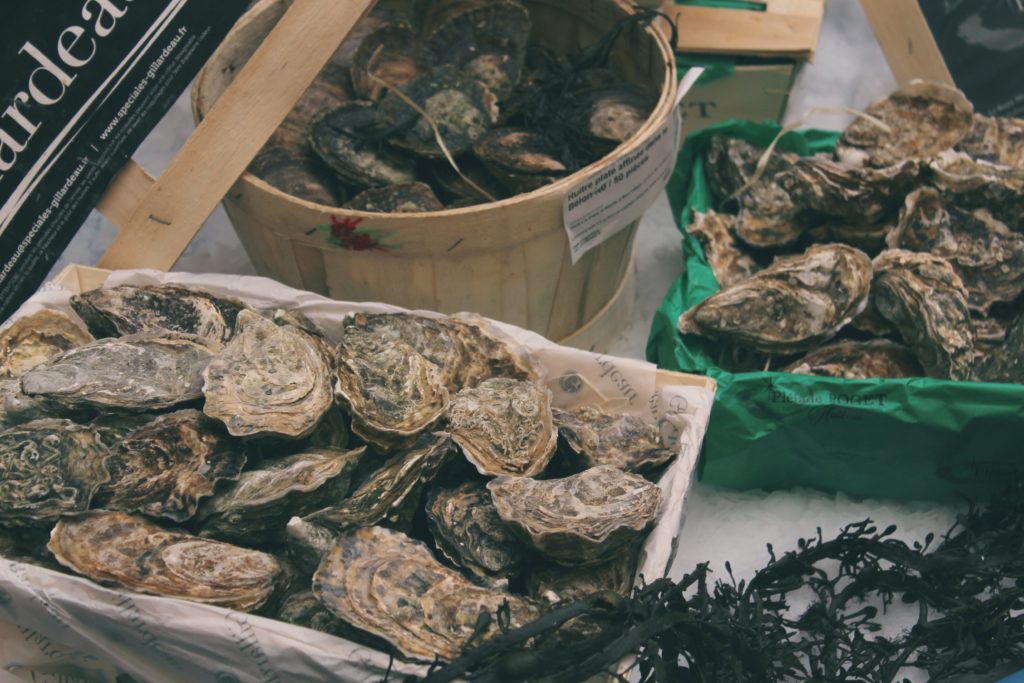 Shellfish is much loved across America. A delicious delicacy that has been perfected throughout the generations is enjoyed throughout the year by fanatical families. This simple but tasty dish can be expertly spiced by chefs and consumers. A shellfish industry that started with oysters has grown exponentially in size to now include clams, scallops, squid and hard clams. However, as we face up to the dangers of climate change, shellfish are facing significant challenges. These threats to their environment are worrying for diners who rely on well-maintained habitats to ensure that harvests are productive. Luckily for shellfish lovers, the Haskin Shellfish Research Laboratory (HSRL) is an incredibly effective institution in preserving and maintaining shellfishes, utilizing the latest technology to deepen our understanding – and help keep them safe for the planet and human eating.

First, an explanation about oysters is needed. There are currently five main species of oysters in North America. On the Atlantic Coast, the American oyster Crassostrea virginica is the most important, being cultivated in Mexico, in the United States and in Canada. The other species is the European oyster Ostrea edulis which exists in Canada and the north eastern part of the United States. Every location where an oyster is grown has unique characteristics thus oysters grown in different places will have separate looks and flavors. Oysters have been exploited for centuries, but fortunately there are still enough left today to enjoy.

HSRL, based in New Jersey, is located at Rutgers University. The institution proudly boasts a 140-year history of using powerful research in fisheries and aquaculture to strengthen state and federal agencies. HSRL is third most productive oyster research lab in the world. Further, the geneticist at HSRL is also the second most productive in the world. HSRL stocks assessments of fisheries to improve and ensure their sustainability. Dave Bushek, Director of HSRL explains how research focuses on how “climate change impacts ocean acidification and other environmental changes that will affect shellfish. The largest focus of HSRL is on disease. We are especially interested in oyster diseases.” This work has led to exciting developments in protecting New Jersey’s shellfish industry.

Data collection is a key part of HSRL’s work. Data is fundamental in ensuring that scientists can give precise, detailed findings in their research. As with any research institute, quality is paramount. Bushek states that HSRL gathers “traditional data, such as fisheries harvest or directed sampling of shellfish from research vessels. We also use newer technologies such as using data sondes to gather water quality information like oxygen data. We work with the Coastal Ocean Observation Laboratory to gather remote sensing data and we’ve recently used video surveys in interesting ways, such as to monitor scallops or demonstrate how easily horseshoe crabs traverse oyster farms on their way to spawning beaches”.

HSRL is leading the way in ensuring that generations in the future can still enjoy shellfish. Research that enhances scientists understanding of shellfishes through the collection of quality data broadens our understanding of the creatures and allows for quality planning of preservation. The urgent need for this planning becomes more critical as the threat facing oysters due to climate change and powerful storms is severe. 80 percent of oyster habitats, known as oyster reefs, have been destroyed by overharvesting and pollution in the past century. The demand for fresh, delicious shellfish has made shellfish business highly profitable. The overharvesting of populations makes it difficult for numbers to remain steady and healthy. Unfortunately, the issue is complicated as unlike most other sea creatures, oysters don’t just live in the water—they specifically need to live on other oysters.

The Special Care and Handling of Oysters

Oysters are extremely unique and provide an interesting challenge to scientists to understand. For example, oysters are filter feeders, removing pollutants, such as nitrogen and phosphorus, whilst searching for sustenance.  This is why Vibrio bacteria can easily contaminate them. Dr. Jennifer Pollack, chair of the Harte Research Institute for Gulf of Mexico Studies at Texas A&M University-Corpus Christi states that “when you harvest an oyster, essentially you harvest its habitat right alongside it. If you’re going to go fishing, you go and catch a fish, but you don’t remove the water with it. But for oysters, the way that reefs are built is essentially: The younger generations of oysters cement and attach themselves onto the shelves of the older generations of oysters that form the foundation of the reef.” Ultimately, reefs are indispensable for oysters and must protected in the future to ensure their survival.

Research for HSRL focuses mainly on monitoring two main oyster diseases. MSX, or Multinucleated sphere X, has been around since 1957 and is caused by the protozoan Haplosporidium nelsoni. Oysters are suffering in greater numbers with Dermo, first known to scientists in 1990. Expert Bushek emphasizes that “neither diseases are harmful to humans but that some oyster deaths are natural with around 5-10 percent mortality natural”. Climate change has made oyster deaths more prevalent as oysters struggle to cope with the warm water, with outbreaks of Dermo becoming increasingly worse as it is a warm water pathogen. Climate is critical for oysters and greatly impacts on whether numbers thrive. Consequently, the work of HSRL ensures that knowledge for the variants of survival are shared amongst the scientific community.

HSRL harnesses technology efficiently to enhance research. An example of their success includes having one of the only wild shell-fisheries that are considered sustainable. The rich history and continuity of expert work ensures that HSRL is always at the forefront of oyster research. The original director began work in 1888 and the facility has been growing from strength to strength ever since. To conclude, Bushek explains how HSRL has done a lot of work to “make ourselves worthy of that distinction. But we also rely on our collaborations with academic, industry and regulatory partners. We not only get support from them, but we also give back, in terms of data that we provide their management, which helps them make the best decisions for their organizations”.