A Peanut Allergy Cure on the Horizon? 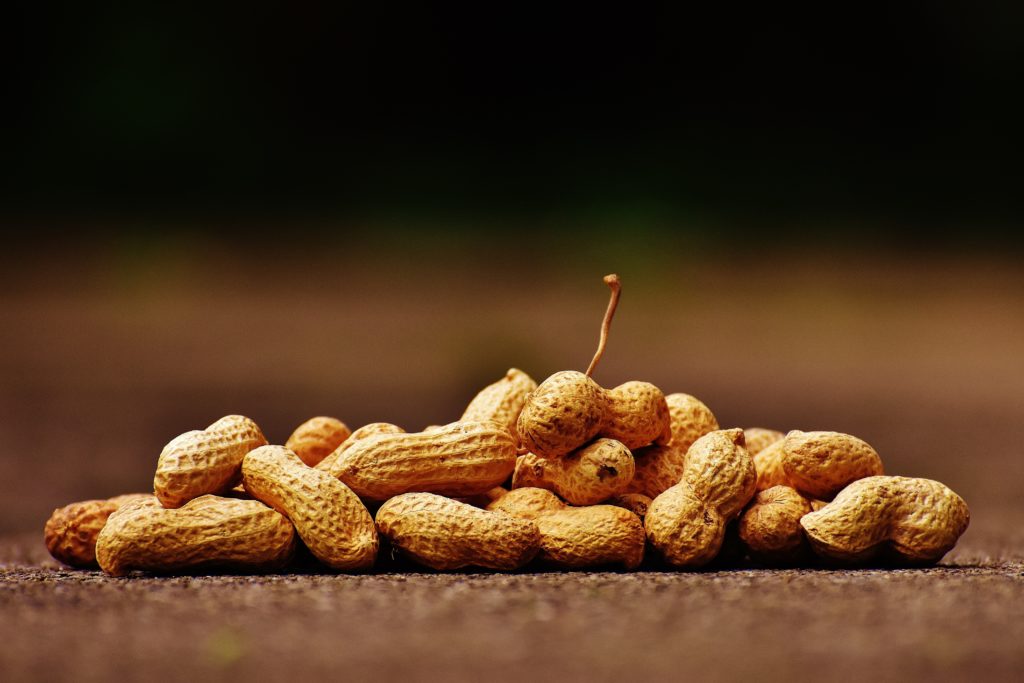 Long have medical professionals sought to desensitize the allergic to their allergens through low levels of exposure – think an allergy vaccine. And according to a report from the Washington Post, a company called Aimmune is seeking to curb peanut allergies through a similar method. Could a peanut allergy cure be a reality one day?

My Own Allergy Issues

There’s a lot of beautiful nature around my hometown on the California coast. The Santa Lucia mountains come right up to the ocean. They do everything you would want a mountain range to do: namely, they rise dramatically behind the beachside bluffs, spilling out across the land like a cloth or paper, riven with wrinkles and ridges. Beautiful trails and viewpoints abound. If you’re like me, however, the mountains are a bit of a double edged sword. Their creeks and hollows are both beautiful and dangerous. Yes, they’re peaceful, with burbling water under oak and sycamore. They’re also the preferred environment for a plant called poison oak. I’m not epi-pen level allergic to poison oak, but I share with my mother a particular sensitivity to it: even a minor exposure will cause my skin to go red and bubble up with angry boils. If I’ve been exposed, I usually go straight to the doctor and try to get on steroids, lest the oak lead to second-order problems – when I was 14, a bad case of it gave me a staph infection.

My mom has it worse. She claims to be so sensitive that she doesn’t have to touch the plant to get a reaction. Trace amounts of poison oak oil in the air or on neighboring objects can set her off. When I get a case of it, she often breaks out with a rash of her own – “sympathy oak.” This has been true since she was a child. Back then, in the 1960s, doctors tried to curb her allergy with a powdered version of poison oak that went in her orange juice.

It didn’t seem to do much, given that she’s still terribly allergic. But the basic principle is supposedly sound.

What Aimmune is Trying to Do

The idea is this: take a kid who is deathly allergic to peanuts and give them a miniscule dose of peanut protein. Continue to deliver tiny doses of peanut protein, ratcheting up the amount by milligrams, hoping that the treatment doesn’t trigger anaphylaxis or worse. By the end, the allergic individual may be able to tolerate more peanuts than before, although they’ll probably never be able to enjoy a PB&J.

Whether or not the treatment works is another question. According to a paper published about an Aimmune trial in the New England Journal of Medicine, two out of three participants who did the treatment could tolerate up to 600 milligrams of peanut protein without experiencing an allergic reaction. That seems promising.

But other questions remain. Firstly, the trial itself is fraught with the danger of severe allergic reactions. Not everyone made it through unscathed. From the Washington Post article: “While 496 children started the trial, only 372 completed it. Of the 20 percent who backed out, half did so because of adverse events. About 14 percent of children getting treatment still had to take epinephrine, and one experienced anaphylaxis, a severe reaction that can involve rashes, vomiting, a tightening throat and difficulty breathing.”

The data only shows a measurable improvement for kids up to the age of 17. As the Post article points out, we don’t know how long the changes last, or what distinguishes those whose sensitivity to peanuts is curbed from those who had to drop out because of severe reactions. The treatment doesn’t render you able to eat peanuts. Nor does it liberate you from having to carry epinephrine.

Nor does the treatment liberate people from the treatment. The participants would still have to take small doses of peanuts to maintain the effects, according to the authors of the study.

Aimmune’s pill is similar to other treatments that are already out there. You can get a patch that does the same thing – it exposes the skin to low doses of peanut protein in hopes of desensitizing the immune system to the stuff. And, as my mother knew back in the 1960s, you can always just take a small amount of the real thing. Why are patches or pills needed when peanuts are readily available? Small doses of peanuts, if measured properly, should do the same thing that these “new” therapies do, at a fraction of the cost.

As the author of the Washington Post article put it: “It highlights a pattern I’ve noticed from my reporting: Drugmakers develop medication that refines a low-tech remedy, run a clinical trial to secure FDA approval and then sell it at a higher price. For pharma, it’s a logical way to profit. But it puts patients in a bind.”

She goes on: “The hard outcome is we have these new products and they’re just about as good or slightly better than what we have,” said Nicholson Price, an assistant professor at the University of Michigan Law School, who studies drug pricing. “And they’re a lot more expensive.” He noted: “That’s when the choices get hard, and we’re not good at making hard choices.”

So – these new treatments are a lot like the old treatments, with the main difference being that they’re harder on the wallet and backed by biotech startups that are in the business of making cash. That’s not surprising, but it’s not exactly heartening. Watch this space for more news about treatments for peanuts and other allergens; the moment that something truly revolutionary comes out, we’ll let you know (if the Washington Post doesn’t first, which they probably will).