Posted in Listeria,Outbreaks & Recalls on February 15, 2021 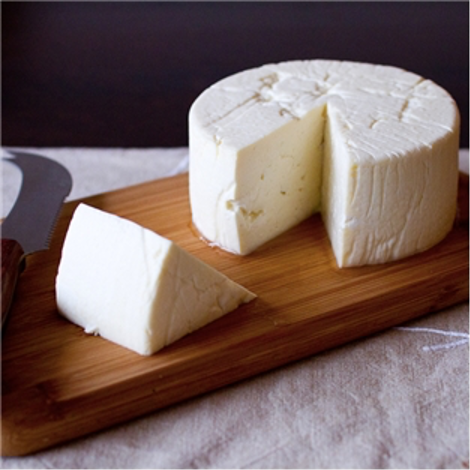 A recent outbreak of listeria has been linked to Hispanic-style fresh and soft cheeses. 7 people across 4 different states have been infected between October 2020 and February of this year. Cheese is so good. Queso Fresco, Manchego, and Cotija are just a few of the delicious options of Hispanic-style cheeses available. The CDC, public health and regulatory officials in several states, and the U.S. Food and Drug Administration (FDA) are continuing to interview those affected in order to determine the specific type and brand of cheese responsible.

Approximately 1,600 people in the United States are infected with Listeria every year. The bacteria can be found in soil, water, and animal feces; infecting people who consume food like unpasteurized milk, or foods made with unpasteurized milk. Such as some cheeses and ice cream. Raw vegetables that have been contaminated from the soil or from contaminated manure used as fertilizer, and certain processed foods, such as soft cheeses, hot dogs, and deli meats, as well as other forms of contaminated meats can also be sources of infection.

This is not the first outbreak of Listeria linked to cheese, and specifically raw and soft cheeses. Soft cheeses made with unpasteurized milk (also called raw milk) are estimated to be 50 to 160 times more likely to cause Listeria infection than when they are made with pasteurized milk. Although pasteurization of milk kills Listeria, products made from pasteurized milk can still become contaminated if they are produced in facilities with unsanitary conditions.

Make sure the label says, “Made with pasteurized milk.” Be aware that Hispanic-style cheeses made from pasteurized milk, such as queso fresco, have caused Listeria infections, most likely because they were contaminated during cheese-making. The CDC recommends that people at higher risk, including pregnant women, older adults, and people with weakened immunity: Avoid eating soft cheese, such as queso fresco, queso blanco, panela (queso panela), brie, Camembert, blue-veined, or feta, unless it is labeled as made with pasteurized milk.

Listeria is hardy. It thrives in room and freezing temperatures. It can survive in salty environments, like the salt introduced to a cheese during the aging process. There is only one way to rid a food of Listeria and that is by heating it– through pasteurization and/or by heating the food to optimum cooking temperatures. Listeria is generally transmitted when food is harvested, processed, prepared, packaged, transported, or stored in environments that have been contaminated with the bacteria. Raw materials, water, soil, and incoming air can all lead to environmental contamination. Pets can also spread bacteria in the home if they eat food that has been contaminated.

The current outbreak has affected 7 people across Connecticut, Maryland, New York, and Virginia. All seven people have required hospitalization, fortunately none have died as a result of the infection. It can take 2 to 4 weeks to determine if someone’s illness is part of an outbreak. Therefore, more people may have been affected that officials have yet to identify. DNA fingerprinting of the bacteria, known as Whole Genome Sequencing, has been used to determine that all of the samples taken were closely related and therefore likely from the same source. This means that people in this outbreak likely got sick from the same food. State officials are testing samples of Hispanic-style fresh and soft cheeses that they collected from stores where the sick people report purchasing cheeses from in an attempt to identify the source of the outbreak.

Most healthy people experience only mild symptoms of Listeria lasting anywhere from a few days to several weeks depending on severity. While most healthy people rarely become ill due to a Listeria infection, the disease can be fatal to newborns, the elderly, and people with weekend immune systems. People who develop an infection may begin to experience symptoms anywhere from a few days, to 30 days or more after consuming the bacteria. Symptoms generally include fever, chills, muscle aches, nausea, and diarrhea. However, the infection can sometimes spread to the nervous system causing more serious symptoms including headache, stiff neck, confusion, loss of balance, or convulsions. If a pregnant woman becomes infected, the results can be loss of the baby in the womb, or the newborn can be inflicted with a life-threatening illness within days of being born.

In order to prevent the spread of food-borne illnesses at home, it’s important to follow these important steps:

If you’ve eaten a food that’s been recalled because of a Listeria outbreak, watch for signs or symptoms of illness. If you have a fever, muscle aches, nausea or diarrhea, contact your doctor. The same goes for illness after eating a potentially contaminated product, such as foods made with unpasteurized milk or poorly heated hot dogs or deli meats. If you have a high fever, severe headache, stiff neck, confusion or sensitivity to light, seek emergency care. These signs and symptoms can indicate bacterial meningitis, a life-threatening complication of a listeria infection.

If you were diagnosed with Listeria after eating soft cheese in this Queso Listeria Outbreak and want to make a legal claim for compensation, we can help. Our Listeria lawyer can help you pursue compensation for your Listeria food poisoning.  Call us for a free no obligation legal consultation at (833) 330-3663 or send us an e-mail here.