Red Tide Hits Florida – What You Need to Know

Posted in Outbreaks & Recalls,Pathogens on August 12, 2018 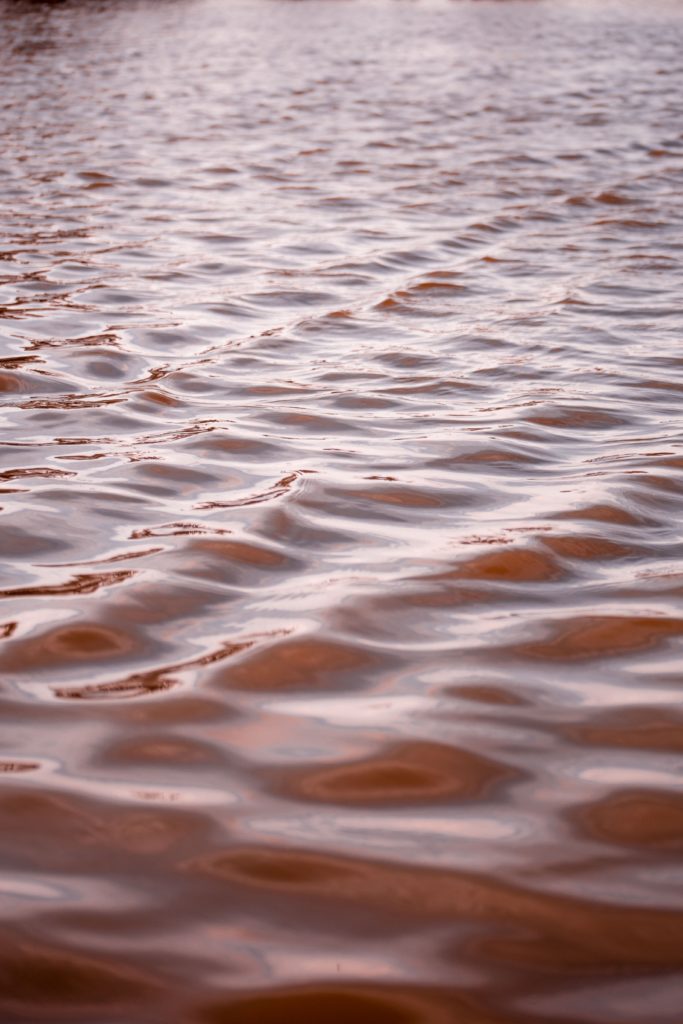 A lot of people get an incredible amount of enjoyment out of travel, and during the summer months when the ocean water is warm and the sun is pleasantly hot, Florida tends to be a popular place for tourist and vacationers to migrate to. However, the recent outbreak of red tide in this southern state has left many travelers wary of visiting, wondering if it might be better for them to reserve their beach vacation at an alternative location. Here is what you need to know about the red tide outbreak in Florida!

What is Red Tide?

A “red tide” is a commonly used term used to describe a harmful algal bloom. While many people tend to prefer the name “red tide,” scientists stick to “harmful algal bloom” when discussing these toxic events. While not all algal blooms are harmful, many that are caused by simple plants in the sea and freshwater are entirely destructive. These categories of algal blooms occur when colonies of algae grow until they are out of control, producing toxic or harmful effects on marine life, shellfish, fish, people, and birds. Many human illnesses that are developed due to harmful algal blooms can be debilitating or fatal.

According to experts, algal blooms harm the environment in a very potent way: “When masses of algae die and decompose, the decaying process can deplete oxygen in the water, causing the water to become so low in oxygen that animals either leave the area or die.” Simply, the toxins in the algae “make the surrounding air difficult to breathe.” Harmful algal blooms are a national concern since they don’t only affect the health of people and marine ecosystems, but they also affect the health of local and regional economies. They can absolutely devastate fish, shellfish, and plant life in the contaminated waters.

According to National Geographic, “The first thing you notice is the smell. It’s not a scent, exactly, but a tingling in the nose that quickly spreads to the throat and burns the lungs. But then you see the carcasses.”

Per the National Geographic’s perspective, “Thousands of sea creatures now litter many of southern Florida’s typically picturesque beaches. Most are fish—mullet fish, catfish, pufferfish, snook, trout, grunt, and even the massive goliath grouper. But other creatures are also washing ashore—crabs, eels, manatees, dolphins, turtles, and more. It’s a wildlife massacre of massive proportions. And the cause of both the deaths and toxic, stinging fumes is a bloom of harmful algae that scientists say is the region’s worst in over a decade.”

Heather Barron, head veterinarian at Florida’s Clinic for the Rehabilitation of Wildlife, said, “It’s just like a ghost town. Anything that can leave us has, and anything that couldn’t leave us died.”

From Tampa Bay to Sarasota to Naples, this latest toxic algae bloom is leaving Florida’s most popular west coast beaches deserted. This red tide that’s being called the worst in years is emitting toxic gases, killing turtles, manatees, dolphins, and causing respiratory and gastrointestinal issues for nearby humans.

Blooms that have higher-than-normal concentrations of red tide alga actually happen practically every year in the Gulf of Mexico, starting about 10 to 40 miles offshore with the capacity to shift inshore due to winds and currents. This particular bloom began last November, and since then researchers have processed it more than 7,600 for water samples. It’s officially being called the worst harmful algal bloom in years.

While it’s been challenging to determine why this particular outbreak is so bad, some are blaming Hurricane Irma and the unusually rainy fall, winter, and spring to be contributors to this outbreak. Larry Brand, professor of Marine Biology and Fisheries at the University of Miami, explains that it’s also difficult to determine how long the outbreak will last, but it’s likely to extend beyond the rainy season, which could be until November. Brand advises travelers, “If people want to go to the beaches, go to the east coast.”

Forbes recently reported on this particular outbreak, and readers have been asking the question, “what makes a red tide?” in hopes we can learn how to prevent them in the future:

“While it is unclear what triggers severe red tides, it seems that they tend to follow intense storm seasons. The 2004-2006 red tide occurred after an “active” hurricane season. And, in September 2017, Hurricane Irma may have re-distributed nutrients in Lake Okeechobee, which lies at the base of the Everglades and drains into the Gulf of Mexico via the Caloosahatchee River. These freshwater bodies, along with the St. Lucie River, are dealing with their own algal blooms caused by a cyanobacteria (blue-green algae) known as Microcystin. These cyanobacteria may be fueling the coastal red tide because their decaying bodies release nutrients that feed the red tide-causing dinoflagellates. Both algal blooms are likely being further sustained by a combination of warm, stagnant waters, ample summer sunlight and nutrients from fertilizer run-off. A study from 2008 found that red tides formed by K. brevis were up to 18-fold more abundant between 1994 and 2002 than they were between 1954 and 1963, and that this increase was driven by agricultural run-off.”

In the wake of Hurricanes Harvey and Irma, the red tides have become more flagrant and more dangerous than the prior years.

Larry Brand, professor of marine biology and fisheries at the University of Miami, told the media that it’s difficult to determine why this outbreak has been so bad, but likely because Hurricane Irma had something to do with it last year and a particularly rainy fall and winter have contributed to the outbreak.

The ride tides along the west coast of Florida have certainly caused an immense amount of damage. Travelers intending to visit Florida would be wise to entirely avoid the contaminated west coast of the state, but the east coast appears to be pure of risk. So, if you had plans to visit the Sunshine State any time before November of this year, do your best to shift your intended location to the eastern side of the state in order to avoid the harmful waters.