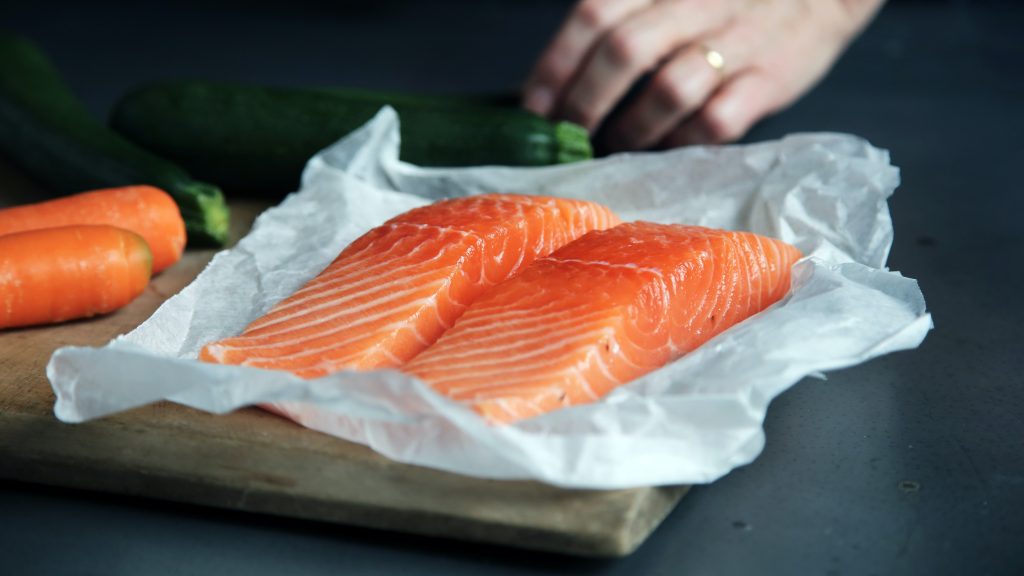 More than 30 people have been confirmed sick in an outbreak of Salmonella Litchfield infections traced to fresh raw salmon according to the FDA and CDC. The source of the contamination is believed to be from Marisco Bahia Inc.’s Pico Rivera, CA, facility. Here is everything we know about the Salmonella Fish Outbreak:

About the Salmonella Fish Outbreak

Of the 33 patients, 16 have completed interviews with health officials and 12 of those reported eating sushi, sashimi, or poke. Thirteen of the 33 patients have been so sick that they had to be admitted to hospitals, according to the Centers for Disease Control and Prevention. 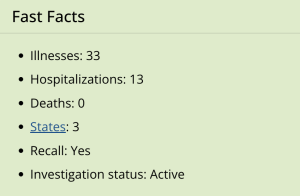 In addition, the FDA collected an environmental sample that included multiple swabs at Mariscos Bahia, Inc. (Pico Rivera, CA). Multiple environmental swabs collected at the facility are positive for Salmonella and subsequent Whole Genome Sequencing (WGS) analysis is ongoing. The WGS completed to date indicates the Salmonella detected in at least one of the swabs from the facility matches the outbreak strain. While epidemiological evidence indicates that ill people consumed fresh, raw salmon processed at this firm, the presence of Salmonella in the processing environment indicates that additional types of fish processed in the same area of the facility could also be contaminated which includes fresh, raw halibut, Chilean seabass, tuna, and swordfish. Salmon, halibut, Chilean seabass, tuna, or swordfish processed in Marisco Bahia Inc.’s Pico Rivera, CA, facility could have also been sent to the Mariscos Bahia, Inc. facilities in Phoenix, AZ and then sent to restaurants.

The firm initiated a voluntary recall on October 20, 2022. As a result, the firm has contacted direct customers who received recalled product. A full list of recalled products is below.

According to Mariscos Bahia, Inc., seafood was only sold directly to restaurants in California and Arizona and would not be available for purchase by consumers in stores.

Restaurants should check with their suppliers and not sell or serve recalled salmon, halibut, Chilean seabass, tuna, or swordfish received fresh, not frozen, from Mariscos Bahia, Inc. (Pico Rivera, CA, and Phoenix, AZ) on or after June 14, 2022. If restaurants received these fish and then froze it, they should not sell or serve it. Restaurants should also be sure to wash and sanitize locations where these fish from Mariscos Bahia, Inc. were stored or prepared.