No Kisses for Hedgehogs – Salmonella Outbreak Linked to Hedgehogs 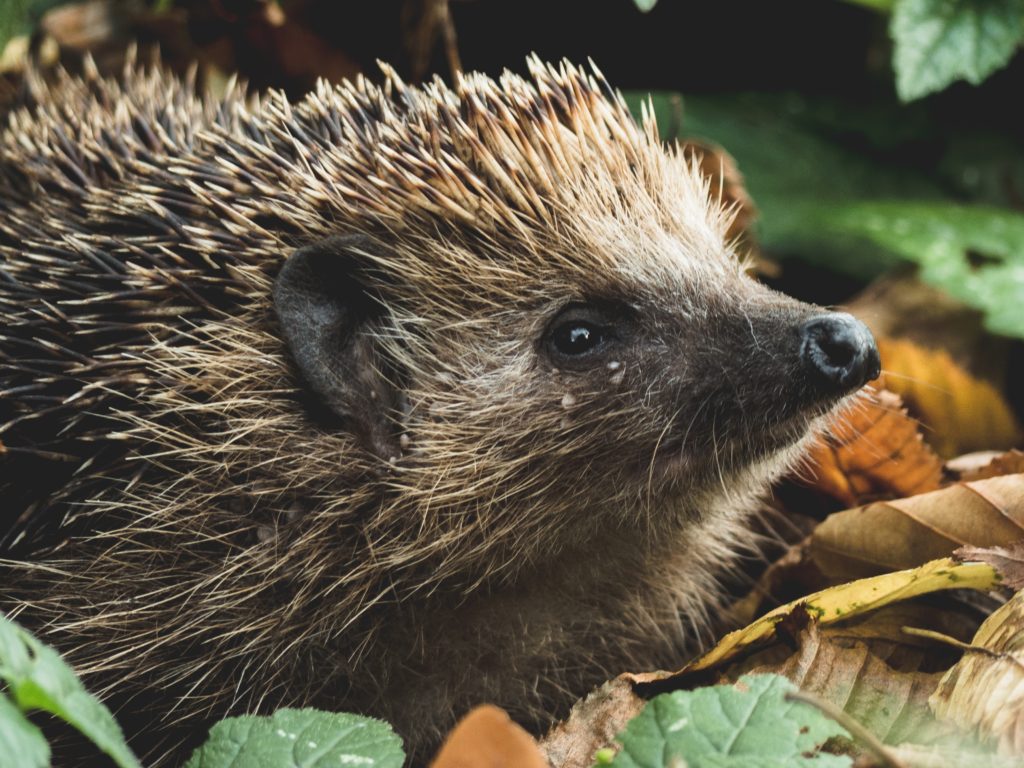 In the midst of a government shutdown, the CDC was still conducing investigations to determine the sources of outbreaks. And for this multi-state outbreak of salmonella poisoning, the leading suspect is downright adorable. Who would accuse an adorable little hedgehog, straight out of a children’s story, of such a wild thing as carrying disease? Yup, salmonella hedgehogs…

Sad, but true: On January 25, the CDC announced their investigation of eleven people across eight states contracting Salmonella Typhimurium. One person was hospitalized, and thankfully, there have been no deaths reported.

Ten of those eleven cases reported contact with a hedgehog. Tests on three hedgehogs from the homes of two different ill patients in MN revealed the cuddly little bundles as carriers of the outbreak strain of Salmonella Typhimurium. At this time the CDC has not yet identified a common hedgehog supplier to determine the most foundational source of the disease.

So, what does this mean for you? Maybe you have a hedgehog, or one of your kids’ friends does. Don’t turn your pet out into the cold but do take steps to protect yourself and your family.

Here’s what you and your kids need to know:

A little about Salmonella

Salmonella is a genus of bacteria which lives in the intestines of animals and humans. How do bacteria get outside to cause trouble? Well…what comes out of the intestines? All the little kids know!

Bacteria are shared through close contact, or even just being in the same area where the animals live. Animals carrying salmonella are often themselves quite healthy and won’t look like they are carrying any diseases at all.

This is why when we find evidence of Salmonella in food it’s such a big deal to track down the source. One contaminated cow or chicken can lead to a whole bunch of contaminated meat or eggs in a now tainted facility shipping meat or eggs all over the country. Meat or eggs must be recalled, and the facility thoroughly disinfected, if it has not been already.

The disease caused by the Salmonella bacteria is called salmonellosis. Both the bacterium and the disease are named after Dr. Daniel Elmer Salmon, whose assistant discovered the bacteria way back in 1885. Even though it’s a disease, it’s considered an honor to the scientist to have a discovery named after him. Dr. Salmon spent much of his career studying animal disease for the US Department of Agriculture. He was the man in charge when the Bureau of Animal Industry began the federal meat inspection program and Salmonella was later named to recognize his contributions.

There are many different branches to the Salmonella family tree, with some variation on the disease. Some variations cause Typhoid fever (but not this one). According the CDC, the type most common in the US is Salmonella serotype Enteritidis which cause the gastrointestinal symptoms with which we are most familiar. Salmonella Typhimurium also causes gastroenteritis—which is a fancy word for “stomach flu.” The symptoms are diarrhea, fever, abdominal cramps and vomiting.

People usually contract salmonellosis typically by eating contaminated food which has not been properly prepared. But you can also get salmonellosis from handling birds, reptiles, amphibians, turtles, or hedgehogs.

Most folk who contract Salmonella develop diarrhea, fever and abdominal cramps 12 to 72 hours after catching the disease. Usually people are sick for 4 to 7 days, and most people recover without treatment. Sometimes, though, the symptoms are so severe that the sick person must be hospitalized to help the body fight off the bacteria. In very bad cases, the bacterial infection can spread from the intestines to the blood, and from there to other parts of the body. It is very important for someone with Salmonella poisoning to go to the doctor for treatment with antibiotics.

What to do if you get sick

Foodsafety.gov recommends that you drink plenty of fluids and get plenty of rest. If you can’t drink enough fluids to keep up with the diarrhea (preventing dehydration) or if the symptoms are severe, you should go see a doctor for treatment. Your doctor will make sure you get fluids and may treat you with antibiotics to prevent the infection from spreading.

How not to get sick!

There is no vaccine for salmonellosis, so no magic solutions to prevent the disease. But there are some ordinary things you can do which are very effective:

Wash your hands. Hedgehogs, lizards and other small pets defecate in their cages (or sometimes on you, if you aren’t careful.) Be sure to wash your hands anytime you touch your pet, or any of your pet’s things, your pet’s cage, or things in your pet’s cage. You don’t know what’s touched what, and bacteria spread like glitter.

Remember that your hedgehog could be perfectly healthy itself, but still be carrying Salmonella and able to pass the bacteria along to you.

Play safely. Even though that button nose is adorable, don’t kiss you hedgehog (or your grumpy reptile, if you have one of those), or snuggle them up by your face. If you do come in close contact, wash your fast thoroughly as soon as possible. Don’t let your pet roam freely in areas where food is prepared—shouldn’t be too difficult to keep the fluffy bundle of fun away from the counter!

Clean habitats, toys, and supplies outside the house when possible. Avoid cleaning these things in the kitchen, to avoid the possibility of splashing contamination. When it’s too cold to clean safely outside, the bathroom is your best bet.

Choose the right pet for your family. If you haven’t already committed to a hedgehog, consider that children under age 5 and adults over age 65 are among the most vulnerable to bacterial infections. If your family includes people in these demographics, consider a different pet before taking the plunge on a hedgehog, reptile or turtle. These critters can make amazing pets, but don’t forget that they are animals and don’t approach personal hygiene the same way we do.