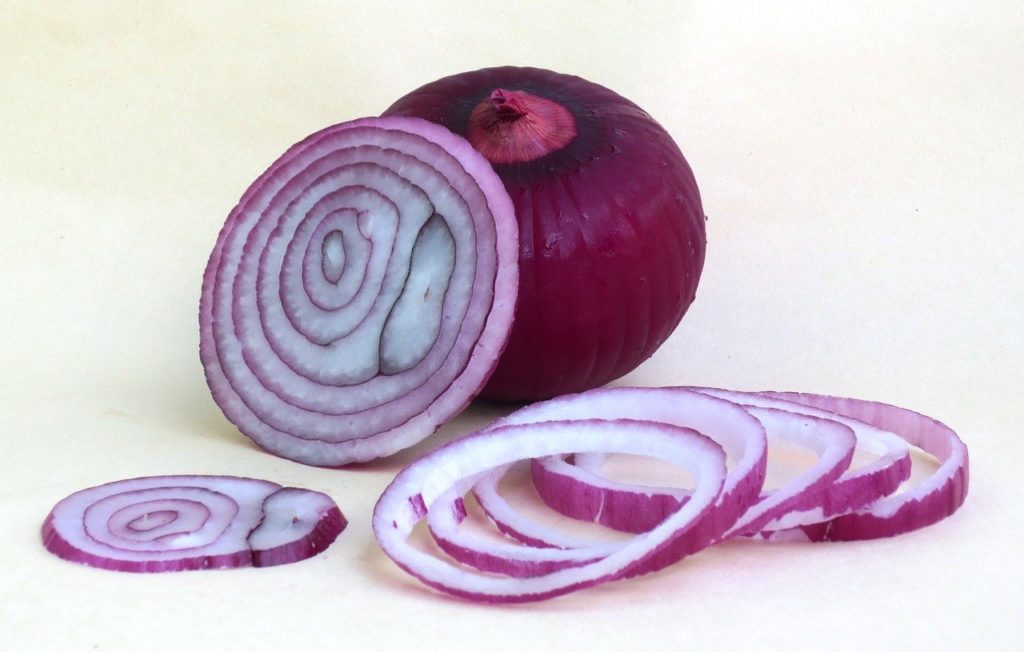 Out of the 16 cases that have been reported linked to the Salmonella outbreak involving red onions, 8 have been found in Campbell County.  That is a huge percentage!  Campbell County residents are urged to be extra vigilant in their produce picking.

The Wyoming Department of Health advises people to be cautious.

Campbell county is among the 7 affected counties with residents sickened by Salmonella linked to this multi-state outbreak.  Other counties include: Carbon, Crook, Goshen, Natrona, Sheridan, and Teton counties.

All together there have been 396 known cases across the United States to date.  Unfortunately, a large percentage of cases go unreported because the sickened individual is unaware of the outbreak and symptoms are not severe enough to seek medical attention.  As a result, genetic testing is not performed on those cases to be linked to the outbreak.

A recall was initiated on August 1, 2020 by the Bakersfield, California based company, Thomson International Inc.  In addition to the red onions of interest, out of an abundance of caution the yellow, white, and sweet yellow onions have been recalled as well.  This recall applies to all onions shipped between May 1, 2020 though the date of the recall.

These onions have been shipped pretty much everywhere.  According to the recall, potentially contaminated onions were distributed to wholesalers, restaurants, and retail stores in all 50 states, plus the District of Columbia.  Recalled product was also imported into Canada, where they are undergoing their own outbreak investigation.

“Consumers, restaurants, and retailers should not eat, sell, or serve red, white, yellow,

or sweet onions from Thomson International, Inc or products containing such onions.  If

you cannot tell if your onion is from Thomson International Inc., or your food product

contains such onions, you should not eat, sell, or serve it, and should throw it out.”

The investigation is ongoing.  Currently there is no specific source of contamination and a particular contaminated shipment has yet to be identified.  The FDA is continuing to investigate other potential sources of contamination and a final conclusion has not been reached at this time.  Traceback information has preliminarily pointed to Thomson International, Inc., but other sources have not been ruled out.

The Wyoming Department of Health Issued a Warning in a Press Release that cautioned residents to pay attention to the foods they are consuming and avoid onions from Thomson International Inc.

One aspect people don’t always think about are foods that are made with the recalled ingredient.  While the onion may not be right in front of you, prepared foods made with that ingredient must be scrutinized.  Many of those who have fallen ill indicated consuming foods made with raw red onion prior to becoming sick.  Potato salads, relishes, marinades.  So many foods use onions in varying amounts.

“People ill in connection to this outbreak described eating raw onions in freshly prepared foods, including salads, sandwiches, wraps, salsas and dips,” said Tiffany Greenlee, surveillance epidemiologist with Wyoming Department of Health in a press release.  “That’s why we’re recommending residents should not eat, serve, or sell any onions from Thomson International Inc or products made with these onions.”

Greenlee provided several pointers for Wyoming residents to safely navigate the outbreak.  She advised households to check for potentially affected onions or other products made with them.  Onions in packaging or with stickers that indicated they were produced by Thompson International Inc. should be discarded.  Onions of unknown origin (no sticker or packaging that indicates source) should not be consumed and treated as if they are potentially infectious.  Surfaces that may have come in contact with recalled onions should be washed and sanitized, she continued.  Also, thoroughly wash your hands with soap and warm running water after coming in contact with these onions.

Salmonella bacteria is one of the most common causes of foodborne illness in the United States.  Each year the Centers for Disease Control and Prevention (CDC) reports an estimated 1.2 million cases of illness.  Around 23,000 of those are severe enough to require hospitalizations.  The CDC estimates 450 deaths related to Salmonella infections each year.

Symptoms of Salmonella infection include fever, stomach cramps, severe headaches, diarrhea (sometimes bloody), and vomiting.  These symptoms often begin within 12 to 72 hours but could appear as early as 6 hours or as late as 6 days after exposure.  Symptoms can last anywhere from 4 to 7 days.  Most of the time people do not require treatment and the infection resolves on its own.  Monitor dehydration symptoms such as reduced urination, light-headedness, and jaundice.

Some groups of the population are at higher risk of infection and more severe symptoms.  Those younger than age 5, older than 65, and people with a weakened immune system.  A weakened immune system can be chronic, caused by illness, or as a result of medication.  Sometimes the infection can spread from the intestines into the bloodstream and on to other parts of the body.  In these cases, immediate medical attention is necessary as this can be life-threatening.

If you were infected with Salmonella after in this Campbell County Salmonella Onions Outbreak and are interested in making a legal claim for compensation, we have a Salmonella lawyer ready to help you.  Call us for a free no obligation legal consultation at (833) 330-3663 or send us an e-mail here.