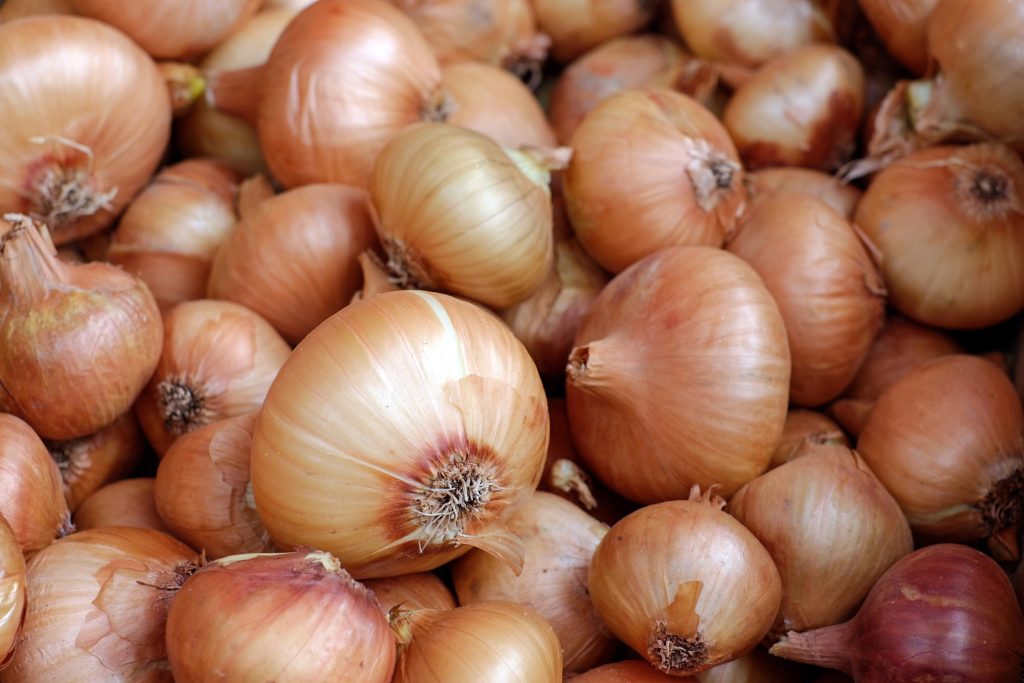 As of October 18, 2021, the CDC announced 652 people infected with the outbreak strain of Salmonella Oranienburg have been reported from 37 states. 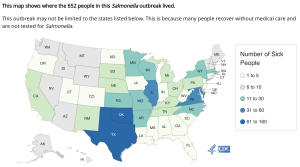 Sick people range in age from less than 1 year to 97 years, with a median age of 37, and 57% are female. Of 417 people with information available, 129 (31%) have been hospitalized. No deaths have been reported.

In interviews, ill people answered questions about the foods they ate and other exposures in the week before they became ill. Of 193 people with information, 145 (75%) reported eating or maybe eating raw onions or dishes likely containing raw onion before they became sick. Several ill people reported eating at the same restaurants, indicating they may be part of illness clusters. These clusters can provide clues about what food item may be making people sick. If several unrelated ill people ate or shopped at the same location of a restaurant or store within several days of each other, it suggests that the contaminated food item was served or sold there. States identified 20 illness clusters at restaurants where onions were served. Information from these clusters shows that many ill people ate raw onions.

The Food and Drug Administration said that an investigation had identified ProSource Inc., of Hailey, Idaho, as a source of potentially contaminated whole, fresh onions imported from the State of Chihuahua, Mexico.

To date, this outbreak has resulted in 652 illnesses in consumers across the U.S. The illnesses thus far appear to be associated with restaurants and food service locations. The FDA is advising restaurants, retailers and consumers to not eat, sell, or serve red, yellow, and white onions supplied by ProSource Inc. that were imported from the State of Chihuahua, Mexico from July 1 through August 27, or products containing these onions. ProSource Inc. has agreed to voluntarily recall such onions.

The FDA’s traceback investigation identified Keeler Family Farms as an additional common supplier of onions from the State of Chihuahua, Mexico for many of the restaurants where sick people reported eating. When the FDA met with the firm, the firm agreed to voluntarily recall all red, yellow, and white onions imported from the State of Chihuahua, Mexico, from July 1, 2021, through August 31, 2021.

On October 20, 2021, ProSource Produce LLC of Hailey, Idaho voluntarily recalled whole raw onions (red, yellow, and white) shipped from Chihuahua, Mexico, between July 1, 2021, and August 31, 2021, because they may have the potential to be contaminated with Salmonella.

Salmonella infection (salmonellosis) is a common bacterial disease that affects the intestinal tract. Salmonella bacteria typically live in animal and human intestines and are shed through feces. Humans become infected most frequently through contaminated water or food.

Symptoms of a  Salmonella infection, called salmonellosis, typically start 6 to 72 hours after exposure to Salmonella bacteria from an infected animal, person or contaminated product.

These symptoms usually last for 4 to 7 days. In healthy people, salmonellosis often clears up without treatment, but sometimes antibiotics may be required. In some cases, severe illness may occur and hospitalization may be required.

How Can You Keep Your Family Safe From the Onion Salmonella Outbreak?

Americans should not eat, serve, or sell any onions from Mexico or products made with these onions. The CDC recommends that people:

The CDC has made a list of Five Fast Facts to help in the prevention of Salmonella.

What Should You Do If You’re Already Sick?

Take these steps if you have symptoms of a Salmonella infection:

If you believe you have developed Salmonella after eating onions, we want you to know that a Texas Salmonella lawyer at the Lange Law Firm, PLLC is currently investigating this matter, helping several families already involved in the outbreak, and offering free legal consultations. Our lawyer, Jory Lange, grew up in San Antonio, Texas, and even attended Keystone High School before going on to earn his law degree from the University of Texas School of Law. Jory became a lawyer to help make our communities and families safer.

If you or a loved one have become ill after eating onions in this Salmonella Onions Outbreak, you can call (833) 330-3663 for a free consultation or complete the form here.