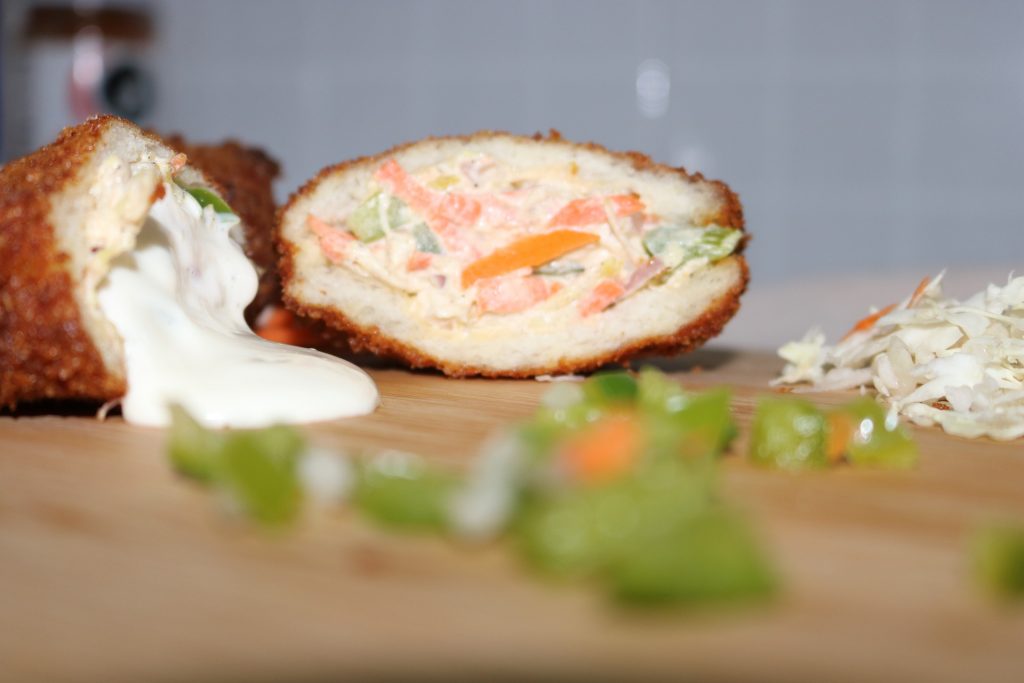 The Minnesota Department of Agriculture collected for testing five raw frozen breaded stuffed chicken products from a grocery store where an ill person purchased these products. The outbreak strain was identified in two samples of Kirkwood’s Chicken Cordon Bleu.

As of June 2, 2021, a total of 17 people infected with the outbreak strain of Salmonella Enteritidis have been reported from 6 states (see map). Illnesses started on dates ranging from February 21, 2021 to May 7, 2021 (see timeline).

Sick people range in age from 3 to 83 years, with a median age of 52 years, and 60% are female. Of 13 people with information available, 8 (62%) have been hospitalized; no deaths have been reported.

The true number of sick people in an outbreak is likely much higher than the number reported, and the outbreak may not be limited to the states with known illnesses. This is because many people recover without medical care and are not tested for Salmonella. In addition, recent illnesses may not yet be reported as it usually takes 2 to 4 weeks to determine if a sick person is part of an outbreak.

State and local public health officials are interviewing people about the foods they ate in the week before they got sick. Of the 12 people interviewed, 10 (83%) reported preparing and eating frozen breaded stuffed chicken products. People reported buying many different brands of raw frozen breaded stuffed chicken products from multiple stores. When asked about how the products were prepared at home, seven people reported undercooking, microwaving, or air frying the product.

Salmonella can present itself as many other common illnesses.

As with any food safety issue, it is important to contact your doctor in order to get the right treatment. Salmonella can go away by itself sometimes, but if you have symptoms that are described below, seek medical attention immediately:

Untreated illnesses can lead to worse conditions. Do not attempt to take care of this alone. Longer exposure could and will lead to complications if not treated.

One of the best ways to prevent the spread of Salmonella and other food related illnesses is to simply wash your hands. Here are a few tips from the CDC on when it is necessary to wash our hands:

Here are 5 steps to washing your hands:

Laboratory Data for This Outbreak

Public health investigators are using the PulseNet system to identify illnesses that may be part of this outbreak. CDC PulseNet manages a national database of DNA fingerprints of bacteria that cause foodborne illnesses. DNA fingerprinting is performed on bacteria using a method called whole genome sequencing (WGS).

WGS showed that bacteria from sick people’s samples are closely related genetically. This means that people in this outbreak likely got sick from the same source.

The Minnesota Department of Agriculture collected for testing five raw frozen breaded stuffed chicken products from a grocery store where an ill person purchased these products. The outbreak strain was identified in two samples of Kirkwood’s Chicken Cordon Bleu.

WGS of bacteria from 11 people’s samples did not predict any antibiotic resistance. Standard antibiotic susceptibility testing by the laboratory is currently underway.

On June 2, 2021, USDA-FSIS issued a Public Health Alert about this outbreak.