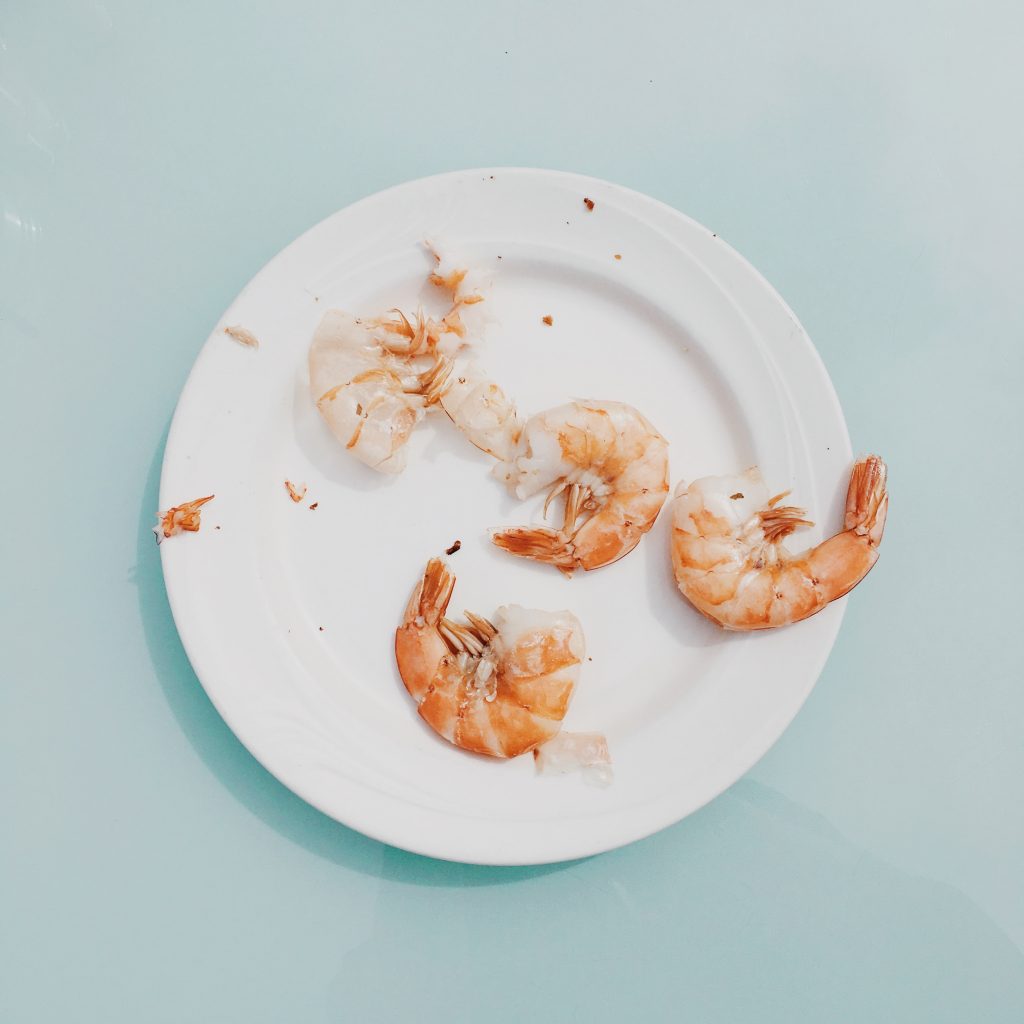 The CDC and FDA have identified another Salmonella outbreak – this one linked to Frozen Cooked Shrimp products. This Salmonella Shrimp Outbreak comes after an import alert back in March. Here’s what we know:

The Investigation of the Salmonella Shrimp Outbreak

As of June 25, 2021, six people infected with the outbreak strain of Salmonella Weltevreden have been reported from two states (see map). Illnesses started on dates ranging from February 26, 2021, to April 25, 2021 (see timeline).

Sick people range in age from 30 to 80 years, with a median age of 56 years, and 66% are female. Of five people with information available, two have been hospitalized. No deaths have been reported.

State and local public health officials interviewed people about the foods they ate in the week before they got sick. Of the five people interviewed, all reported eating shrimp before getting sick.

CDC, public health and regulatory officials in several states, and the U.S. Food and Drug Administration (FDA) are collecting different types of data to investigate a multistate outbreak of Salmonella Weltevreden infections.

This outbreak was first detected by FDA when a sample of Avanti Frozen Foods shrimp collected for testing at import was found to be contaminated with Salmonella Weltevreden. Using the PulseNet system, investigators identified several people that are part of this outbreak by WGS. WGS showed that the Salmonella from the shrimp are closely related to bacteria from sick people.

FDA conducted a traceback investigation using purchase records from locations where four sick people bought shrimp. Based on their purchase locations and dates, FDA identified a common shipment of frozen cooked shrimp; a supplier of this shipment was Avanti Frozen Foods.

So, Avanti Frozen Foods Pvt. Ltd, with an abundance of caution, is recalling certain consignments of various sizes of frozen cooked, peeled, deveined, shrimp (with some packaged with cocktail sauce) sold in various unit sizes, because it has the potential to be contaminated with Salmonella. The frozen shrimp products were distributed nationwide from late December 2020 to late February 2021.

NOTE: Products not bearing these codes are not affected by or involved in this recall.

But there was an Import Alert before this Salmonella Shrimp Outbreak?

What does this mean? Well, the FDA tells us:

FDA expects zero or non-detectable levels of Salmonella in seafood, when analyzed per FDA standard methods listed in the Bacterial Analytical Manual (BAM) or equivalent methods. When seafood is found to be contaminated with Salmonella by BAM methodology or its equivalent, FDA considers the product to be adulterated regardless of whether it is intended to be consumed raw or cooked.

This alert applies to seafood products that appear to be adulterated due to the presence of Salmonella.

What Do We Do Now?

The CDC and FDA have some recommendations for us:

The Centers for Disease Control and Prevention (CDC) estimate that each year in the U.S., there are about 1.35 million cases of salmonellosis, with 26,500 hospitalizations and 420 deaths. Contaminated food is the source for most of these cases. Salmonellosis is the second leading cause of foodborne illness in the U.S., after norovirus. Most people who become infected with Salmonella, contract the bacteria from eating raw or undercooked meat, poultry, or eggs, raw or unpasteurized milk and other dairy products, or raw fruits and vegetables that have been contaminated. People can also become infected by handling contaminated food and then accidentally transferring the bacteria from their hands to their mouth. If the bacteria get on to their hands or clothes, people can easily spread it to other people, objects, and surfaces.

Salmonella can present itself as many other common illnesses.

As with any food safety issue, it is important to contact your doctor in order to get the right treatment. Salmonella can go away by itself sometimes, but if you have symptoms that are described below, seek medical attention immediately:

Untreated illnesses can lead to worse conditions. Do not attempt to take care of this alone. Longer exposure could and will lead to complications if not treated.

If you believe you have developed Salmonella after eating shrimp in this Salmonella Shrimp Outbreak, we want you to know that a Salmonella lawyer at the Lange Law Firm, PLLC is currently investigating this matter and offering free legal consultations. Our lawyer, Jory Lange, and became a lawyer to help make our communities and families safer.

If you or a loved one have become ill after eating shrimp, you can call (833) 330-3663 for a free consultation or complete the form here.