Serving Up a Case of Vibrio 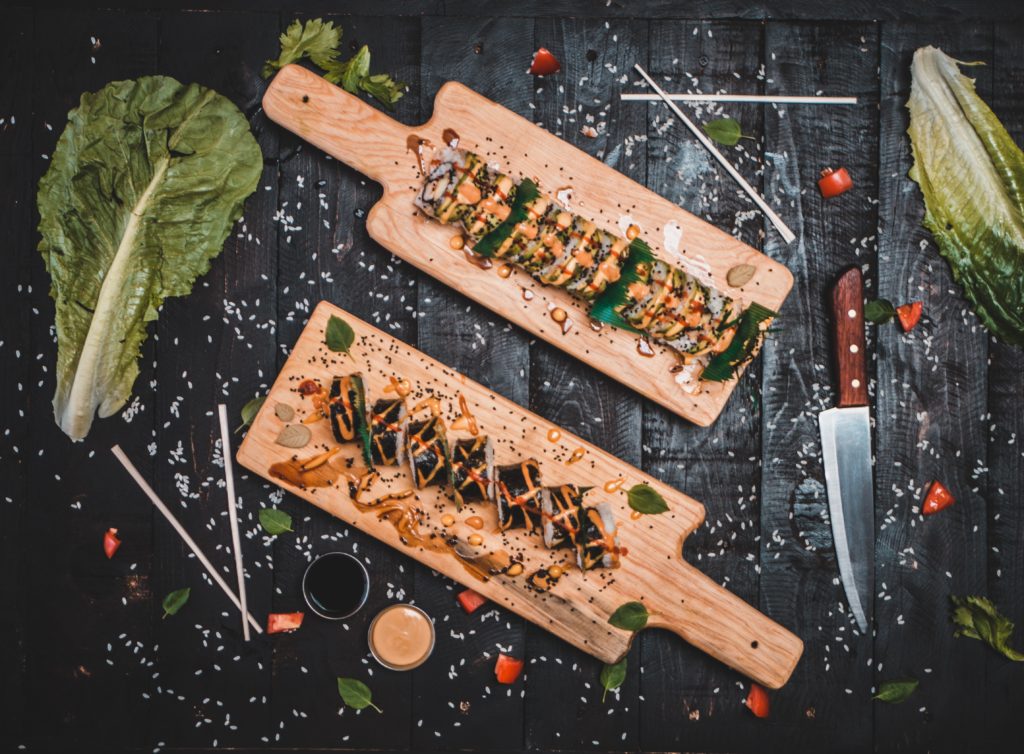 Imagine a calmly eaten dinner that results in the loss of a limb. No, I am not joking or fibbing. That was reality rather than fiction for this 71-year-old man who ended up having his entire hand amputated after a 2 inch wide blister formed after eating sushi at a restaurant. Yes, sushi. Those wonderful rolls of raw fish and rice we all know and love.

Read on to find out how this could possibly happen to even the most careful eater!

A man that remains unnamed ended up visiting an emergency center in South Korea after having painfully suffered from an intense fever for over two days. He was struggling with “excruciating pain” in his left hand which began just twelve short hours after he had eaten raw seafood. The elderly man had a lengthy history of type 2 diabetes mellitus and hypertension, and was currently undergoing hemodialysis for end-stage renal disease, all of which lead him to be more susceptible to infection than normal.

When the man was admitted into the hospital, doctors were presented with a deep purple blister measuring 1.4 inches by 1.8 inches (3.5 centimeters by 4.5 centimeters). These hemorrhagic bullae spanned his entire hand, swelling “with confluent tense bullae and ecchymoses [which] had developed on the dorsum of the hand and forearm” according to the New England Journal of Medicine.

The surgical procedures were performed almost immediately, allow doctors to discover and isolate Vibrio vulnificus in the hand. According to the New England Journal of Medicine, the patient received ceftazidime and ciprofloxacin in order to battle the wound. Vibrio vulnificus has the ability to cause severe skin infections after an open wound is exposed to contaminated water, though the infection is also able to be developed when the bacteria is consumed in contaminated raw or undercooked seafoods, which is what happened in this 71-year-old’s case.

Despite proper treatment, the skin lesions on the man’s hand progressed quickly toward deep necrotic ulcers which lead to the desperate need of an amputation. Doctors swiftly amputated the man’s entire left forearm, a procedure that was performed a mere 25 days after the presentation of the disease. After the surgery, the patient recovered well and was soon discharged.

According to the New England Journal of Medicine, “Patients with immunocompromising conditions, including chronic liver disease and cancer, are at increased risk for infection and complications.” While the man in South Korea was unfortunate to lose his limp, this infection is capable of taking lives.

The Vibrio bacteria is commonly found in coastal waters. Warmer temperatures resulting in warmer waters allow for the bacteria to thrive, so there is a much higher concentration of Vibrio bacteria found during the months between May and October. Well over 80% of vibrio infections manifest themselves during these warmer months. Of the many different forms of the bacteria, the most common species that cause the severe human illness, Vibriosis, are vibrio parahaemolyticus, vibrio vulnificus, and vibrio alginolyticus, with vibrio vulnificus being the leading culprit. Vibriosis can occur after a person has recently exposed an open wound to vibrio contaminated, brackish water, or consumed raw seafood contaminated with vibrio bacteria.

Approximately 65% of known cases are a direct result of one ingesting contaminated shellfish, with oysters taking the lead as the most common cause of the infection. As the New England Journal of Medicine pointed out, people with previously compromised immune systems tend to be especially susceptible to vibrosis. Those with chronic liver disease or other current infections need to be especially wary of brackish waters and raw seafood items. The elderly and children are also more susceptible to the illness than healthy adults, due to their weaker immune systems.

While most cases of vibriosis are fairly mild instances and can be cured after approximately 72 hours with generally no lasting or recurring effects, some instances can result in a loss of limbs or death. In the case of vibrio vulnificus, the more serious of vibrio infections, a person can become severely ill and need hospital care or limb amputation–such as was the case with the elderly man in South Korea. The death rates for vibrio vulnificus are about one in every four, and deaths usually occur within a few short days of the onset of the infection.

Symptoms of vibriosis are often non-bloody or bloody diarrhea, nausea, stomach pain, limb pain, vomiting, headaches, fever, worsening skin lesions, hallucinations, and a bloodstream infection. If you or someone close to you is suffering from any or all of these symptoms after recently eating raw or undercooked shellfish or exposure to warm coastal waters, contact your doctor immediately and have your symptoms diagnosed.

There are several myths about oysters and foodborne illness. According to the FDA’s website, here are some of the most common myths and the truths behind them:

“MYTH: Eating raw oysters are safe if you drown them in hot sauce, which kills everything.

Fact: The active ingredients in hot sauce have no more effect on harmful bacteria than plain water. Nothing but prolonged exposure to heat at a high enough temperature will kill bacteria.

MYTH: Avoid oysters from polluted waters and you’ll be fine.

Fact: Vibrio vulnificus in oysters has nothing to do with pollution. Rather these bacteria thrive naturally in warm coastal areas (such as the Gulf of Mexico) where oysters live.

MYTH: An experienced oyster lover can tell a good oyster from a bad one.

Fact: Vibrio vulnificus can’t be seen, smelled, or even tasted. Don’t rely on your senses to determine if an oyster is safe.

Fact: Alcohol may impair your good judgment, but it doesn’t destroy harmful bacteria.”

Many people today thoroughly enjoy eating sushi, oysters, and other food items that include raw or undercooked seafoods items, and while these foods can be absolutely delicious, the risk factors they include can be quite intense. While most of your sushi restaurants and oyster menu items won’t result in you taking a trip to the hospital and leaving with one less limb, it’s important to understand that there can be many terrible bacteria found in raw seafoods.

Making sure that all of your fish and shellfish are properly cooked is one of the best ways to protect yourself against getting vibriosis from these types of meals. If you end up contracting any or all of the symptoms for a vibrio infection after eating seafood of any kind, however, it is incredibly important that you seek medical help. Don’t let these symptoms go on too long without properly addressing them or you might be putting yourself at an increased risk of amputation or death.