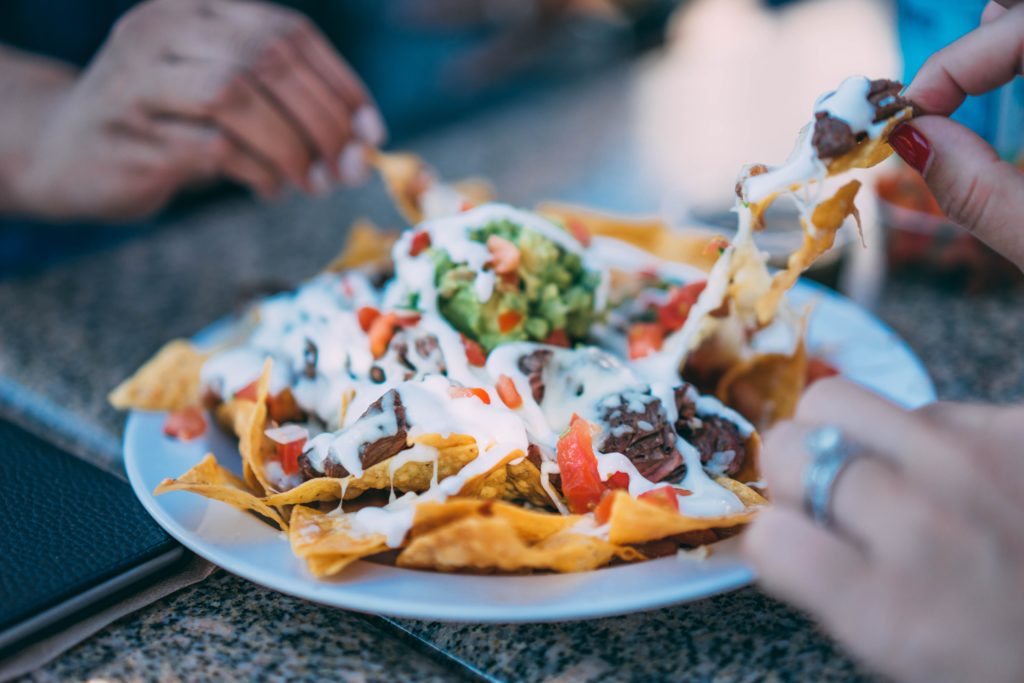 The customers reported coming down with a gastrointestinal illness, possibly norovirus, after eating at Tequila’s between Saturday, June 15 and Tuesday, June 18. The health department still has not determined the source of the illness at this time.

The health department says restaurant staff threw out all ready-to-eat food that was prepared between Sunday and Tuesday. It says environmental cleaning was finished on Wednesday. The restaurant reopened at 12:30pm Wednesday.

Barry-Eaton District Health Department records show Tequila’s Mexican Grill was found “in compliance” during an inspection on April 3, 2019. The restaurant was cited for 7 issues including raw chicken stored above ready-to-eat onions and peppers, potentially-hazardous food stored at improper temperatures, a food cooler in poor repair and improper cooling methods.

Anyone who got sick after eating at Tequila’s between June 15 and June 18 is asked to contact the Barry-Eaton District Health Department.

Restaurant employees were interviewed, and it was determined that none of them had been sick, Surna said. The risk of illness at the restaurant now is considered minimal, she said, but the health department is still investigating.

What To Do If You Get Sick From a Restaurant

This leaves many people wondering what they should do if they fall ill after eating at a restaurant or anywhere for that matter. There are definitely some steps to take to make sure that your illness is reported properly, but also to let local officials know that there is an incident in the area in case there are others. Reporting also helps to prevent others from becoming ill as well.

FoodSafety.gov gives us some great tips for what to do and how to report illness from all types of circumstances, including restaurants:

If you think you have food poisoning or an allergic reaction to food, call your doctor right away. If it’s an emergency, call 911. If you believe you or someone you know became ill from eating a certain food, contact your county or city health department.

Reporting illnesses to your local health department helps them identify potential outbreaks of foodborne disease. Public health officials investigate outbreaks to control them, so more people do not get sick in the outbreak, and to learn how to prevent similar outbreaks from happening in the future.

They suggest for restaurant food to get in touch with your local health department in your city, county or state. There is even an index of State Health Departments for reference. I actually keep ours written down in a safe place so that I have it handy just in case.

It is suspected that the Tequila Mexican Grill illness is norovirus and while we often hear of this, many people are still curious as to what it is and how to prevent getting it. The CDC has a great explanation:

Norovirus is a very contagious virus that causes vomiting and diarrhea. Anyone can get infected and sick with norovirus. You can get norovirus from:

Unfortunately, outbreaks of norovirus are common.

A common misconception about norovirus is that it is the flu.

Norovirus illness is not related to the flu, which is caused by influenza virus.

How to Prevent Norovirus

Wash your hands thoroughly with soap and water

Norovirus can be found in your vomit or poop even before you start feeling sick. The virus can stay in your poop for 2 weeks or more after you feel better. It is important to continue washing your hands often during this time.

When you are sick, do not prepare food or care for others

You should not prepare food for others or provide healthcare while you are sick and for at least 2 days after symptoms stop. This also applies to sick workers in restaurants, schools, daycares, long-term care facilities, and other places where they may expose people to norovirus.

Immediately remove and wash clothes or linens that may be contaminated with vomit or poop.

Always consult with a doctor should symptoms worsen or dehydration is suspected. Many people recover quite well from norovirus but there are some who need medical intervention to help them resolve the lingering virus.

Our mission is to help families who have been harmed by contaminated food.  When corporations cause food poisoning or Legionnaires’ disease outbreaks , we use the law to hold them accountable.  The Lange Law Firm, PLLC is the only law firm in the nation solely focused on representing families in food poisoning lawsuits and Legionnaires disease lawsuits.

If you or someone you love had food poisoning after eating at Tequila’s Mexican Grill and are interested in making a legal claim for compensation, we have a Legionnaires’ disease lawyer ready to help you.  Call us for a free no obligation legal consultation at (833) 330-3663 or send us an e-mail here.