Don’t Drink that Water You Left in the Car! 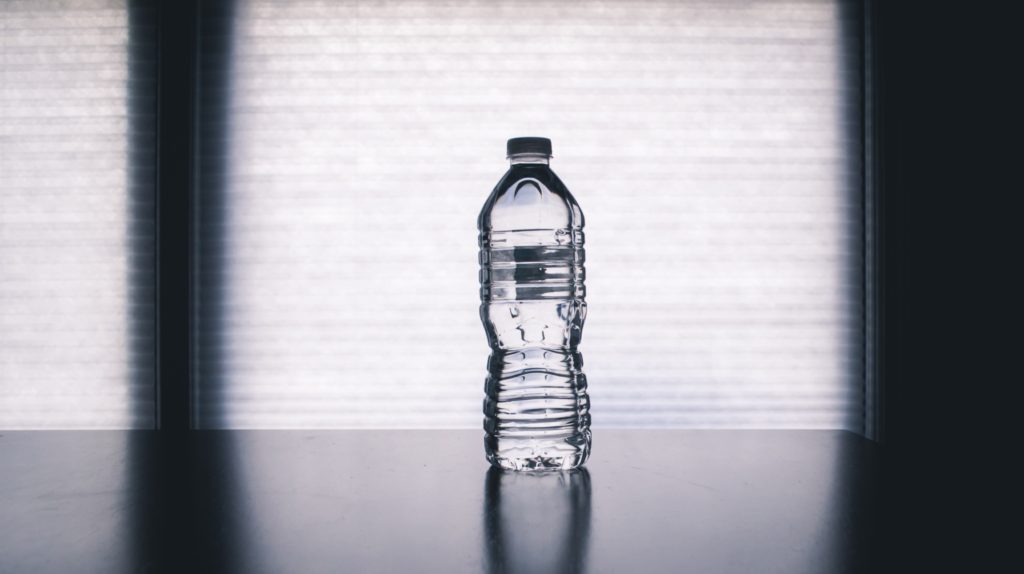 I’m not sure where I heard it first, but it has been ingrained in me.  “DO NOT LEAVE WATER BOTTLES IN YOUR CAR.”  It makes sense.  Plastic is made from chemicals.  When heated chemicals release into the environment. Water safety is definitely in question.

Maybe it is because I live in Houston, Texas and the temperature on the inside of a car literally gets hot enough to bake cookies.  I am not even kidding on this.  In fact, one bakery put an SUV to the test.  You can find out the fresh cookie results here.  All sweets aside, the inside of a car get H.O.T.

Additionally, I have also often wondered about the conditions that water bottle goes through before it reaches me and the potential for being left in a hot car.  From the distribution warehouse that is likely not air conditioned to the delivery truck that is likely not climate controlled.  There are quite a few variables outside of my control.

Turns out, that the heat and BPA scare are minimal to other risks associated with disposable water bottles heating up in the car.  Let’s explore.

With bottled water being the most consumed beverage in the United States, there is quite a bit of concern over the safety of the containers we trust to hold this life elixir.  In an interview, University of Texas at Tyler professor Dr. Lance Williams cites a 2014 study conducted by the University of Florida.  “They left bottle of water at 158 degrees Fahrenheit for several weeks,” says Williams.  “Out of 20 brands we looked at, only one in 20 had trace amounts of BPA.”  The study goes on to explain that according to the Mayo Clinic, BPA is not harmful in small doses.  Williams explains, “if you’re leaving a bottle of water in a car for a day, there’s really no risk of any chemicals leaching into the water.”

As for longer periods of time?  Well, that might be another story.  He says, “If you left it in a car for weeks at a time, then there’s a small chance that some [chemicals] could leach into the water but it’s a very small probability.”

There are bigger and more serious issues that arise from leaving an opened bottle of water in a car.  These are by far riskier and faster to cause problems than the potential harmful effects of chemical leaching.

What’s in That Water?

Turns out, it’s not the chemicals that we should be worrying about.  It’s the bacteria.  Channel 2 Houston’s Consumer Expert Amy Davis posed this same question.  She enlisted the help of Envirodyne Laboratories to find out exactly what is in water left in the car.

Regardless of timeline, the data was disturbing.  “We had total coliform counts greater than 2420,” explained Laura Bojonia of Envirodyne.  “We had heterotrophic plate counts greater than 73,000.”  That is significant.  This coliform count is used by the FDA as an indicator of the number of pathogens likely present in the water.  If this sample was part of the public water system, health warnings would be issued indicating residents should boil water until the problem was resolved.

While coliform isn’t always harmful, this unsafe level of bacteria indicates that conditions are ripe for other bacteria that are harmful to propagate in harmful numbers.  Bacteria such as Escherichia coli better known as E. coli can cause serious and sometimes fatal infections.  To put this into perspective, for any positive coliform result in public drinking water required routine sampling the United States Environmental Protection Agency (EPA) requires action.

But what about the unopened bottle?  Envirodyne reported that no coliform, E. coli, or any other bacteria was present.  That’s good news.  Bottled water is heavily regulated so I am not completely surprised.  The lab did not test for BPA on either sample.

Where Does the Bacteria Come From?

Take your index finger, turn it to yourself, and point to your mouth.  Yep.  YOU put that bacteria there.  We have low levels of all kinds of bacteria in and around out mouths.  Our great immune system does its job to keep these low levels in check, but when they grow beyond the protective ability of our immune system, that is where illness picks up.

When you take a sip from the mouth of the bottle, you inadvertently slosh some of the water that has been in your mouth, or at the very least “mouth adjacent,” back into the bottle.  Those not so nice hitch hikers hop a ride on that wave and travel into the bottle where it percolates.  The heat imposed on the bottle in the car creates a nice little incubator for these bacteria to grow to harmful numbers.

As if you needed more reasons to not keep unfinished water bottles in your car, I can add just one more.  Fire!

You heard me.  Fire.  Do you remember hearing that you can start a fire with nothing more than a magnifying glass?  It is the same concept.

David Richardson, of the Midwest City Fire Department located in Oklahoma explains, “The liquid and the clear material develop a focused beam, and sure enough, it can actually cause a fire.”  Depending on where the bottle is sitting in your car, this can happen pretty easily.

So what can you do?  Boycott the bottle.  I am not promoting a mass exodus of bottle water drinking.  However you get this hydration is up to you.  If you do want to partake of the disposable bottle water receptacle option, take the unfinished bottle with you when you leave your car.  If possible, put it in the refrigerator until you are ready to drink from it again.  Refrigeration slows bacterial growth, reducing the opportunity for unsafe bacteria levels to form.

Personally, I play it safe.  Whenever possible I use reusable containers and wash them regularly.  I don’t usually leave them in the car, but I will make a much better effort going forward to pay attention to this safety risk.