Whale-Eating May Lead to Botulism

Posted in Botulism,Food Safety on March 9, 2019 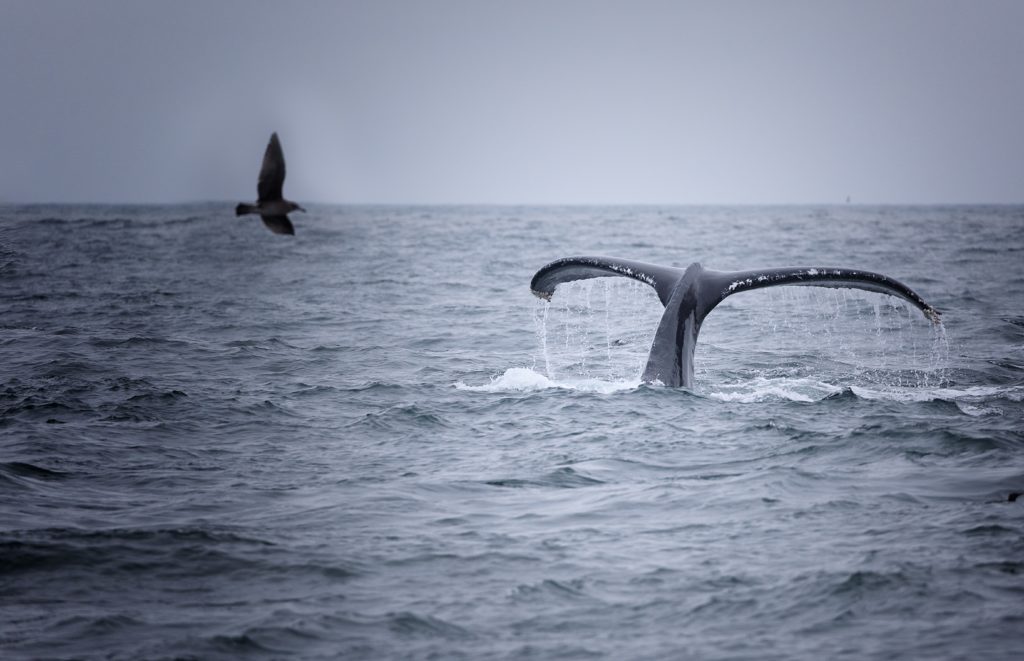 The Alaska Department of Health and Social Services are investigating a botulism death and four other illnesses following a New Year’s dinner in Nome where some traditional Alaskan dishes were served. Investigation has linked the botulinum toxin to fermented Beluga whale flipper. Louisa Castrodale, an epidemiologist with Alaska Department of Health and Services said that the beluga flipper has tested ‘preliminary positive’ for botulinum toxin. Here’s what you need to know about the whale botulism concern.

What is Happening Now

Investigation is ongoing. The officials are still awaiting final results from the flipper and other foods that were served at the family potluck along with samples collected from the patients. Final results are expected to come by next week. Samples were sent to a lab in Richmond, California.

All those who fell sick have received treatment at the Alaska Native Medical Center in Anchorage. The patient who died was a 54-year old man, who was an accomplished whaler raised on the Bering Sea island of Little Diomede northwest of Nome. He became ill and had symptoms of botulism; mainly stomach pain, difficulty breathing, double vision and weakness. A total of 14 people dined at the potluck and five of them had botulism-like symptoms.

The whaler, who prepared the beluga flipper, suffered from cardiac arrest soon after dining and then went into coma. Three other adults, all from his family, got sick too. They were first admitted to a hospital in Nome before being treated at Alaska Native Medical Center in Anchorage for treatment.

The illnesses were limited to dinner and hence, didn’t pose any threat of the outbreak outside the Northwest Alaska region. The other 4 patients have recovered or are recovering. Some are still suffering from stomach pain and weakness.

The whaler sadly died on January 15. “It hit him pretty fast,”, said his fiancee. She didn’t eat the flipper, and so she did not fall ill.

Alaska has more cases of foodborne botulism than any other US state, according to CDC. From 1950 to 2017, more than 350 people have fallen ill as a result of botulism and 24 of them have died. There’s about one death reported in every 3 years. The last death due to the disease occurred in 2014. The main cause of death was botulinum toxin tainted fermented fish heads.

Most of the illnesses stem from traditional Alaskan foods, as they give the perfect environment for C. botulinum spores to generate. Foodborne botulism is generally caused by improperly canned foods. Some of the most common Alaskan native foods that are a potential botulism risk are:

Botulism is rare but potentially fatal. It starts with weakness, difficulty swallowing, speech slurring and blurred vision before paralysis sets in. The incubation period is between 18 to 36 hours.

The whaler in our story had safely prepared beluga flipper many times and took all the safety steps. He aged the food in a cardboard box to allow air circulation. “We made Eskimo food for dinner because we got tired of turkey and ham,” says his fiancee.

His family is concerned that the beluga whale could have been dead long before being harvested. This could have caused the contamination. The whale was caught by a relative without any knowledge of how long it has been dead and floating in the water.

What is Botulism and how does it spread?

Although rare, botulism is one of the most deadly kind of foodborne illness. It is caused by a toxin produced by bacteria Clostridium botulinum. This bacteria is present in the environment but it is rare for them to make people sick. They form spores which act like protective coating and help them bear harsh environmental conditions. However, in certain conditions, these spores can grow and produce botulinum toxin. When these toxins enters a human body, they attack the nervous system.

Here are the conditions in which spores can grow:

According to WHO reports, botulinum toxin has been found in following products: