Wormwood Tea the Cure for Parasites? 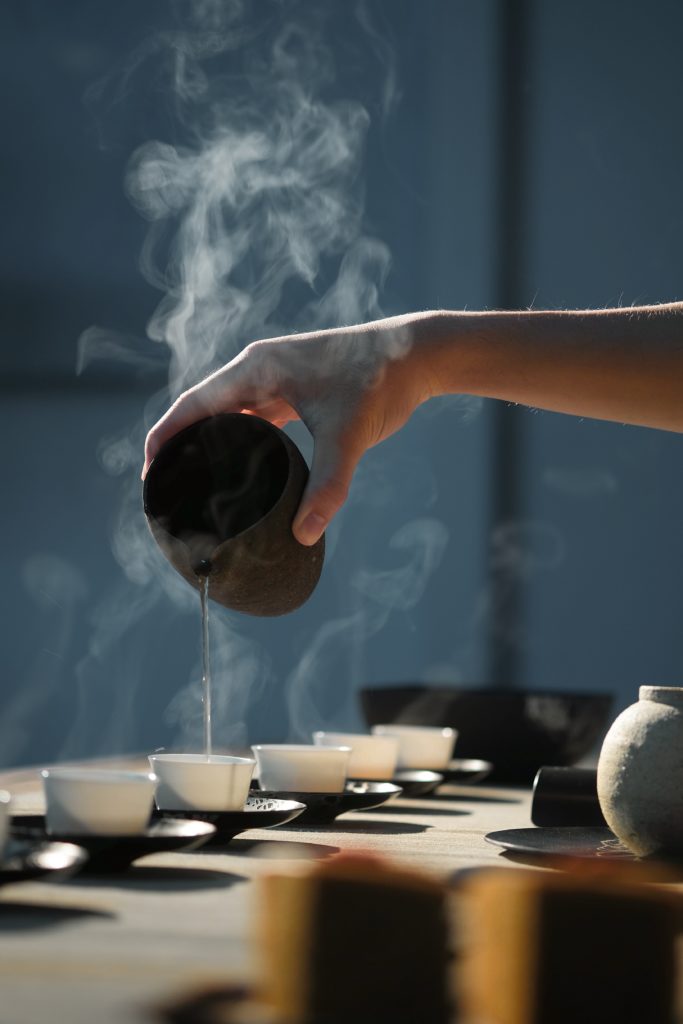 Snail fever. Bilharzia. Schistosomiasis. In 2016, some 200 million people were afflicted; of those, less than half received treatment. Swollen, distended bellies are the telltale sign; the disease, which is caused by parasitic flatworms, still ravages children in the global south. Over time, it wreaks havoc on the bladder, kidneys, and liver, with bloody stools and urine giving way to organ failure, infertility, or cancer. Right now, the standard treatment for snail fever is a drug called Praziquantel. It’s an anti-parasite medication that’s also used to treat malaria, and it has some serious side effects. Nausea, vomiting, dizziness, and worse have been reported as side effects. It works well, but it’s notably unpleasant. Could there be another way? Could Wormwood Tea be the answer?

According to a new report from NPR, however, some doctors are looking into a plant-based cure that may work just as well: tea made from the leaves of Artemisia annua, or sweet wormwood. The NPR article concerns a recent study from a team of scientists at the Worcester Polytechnic Institute. They ran a large clinical trial of some 800 patients who were subjected to various treatments for infection with schistosomes.

Half the subjects were given praziquantel. The other half were given tea made from either Artemisia annua or the closely related Artemesia afra. The tea was administered daily for a week, and the stools of subjects from both halves of the study were regularly examined for the eggs of the flatworms to determine whether or not the treatment was working.

One important finding of the study confirmed what we already knew: that wormwood tea is an effective treatment for the parasites. It is, in fact, just as effective as praziquantel. Everyone in the study was testing clean after finishing with their respective treatments. No worm eggs in their stool.

Moreover, the wormwood tea worked faster than praziquantel did to eliminate the flatworms from the bodies of subjects. And it got rid of the parasites without the difficult side effects that are sometimes reported with praziquantel. That’s the good news. Not only did wormwood tea perform on par with the drug; by certain benchmarks, it outperformed it.

There are, of course, caveats. The wormwood tea can’t be stored after brewing for very long before it starts to lose effectiveness. People who are using it also need to be aware of how to use it – how to properly brew the tea, what an appropriate dose is, etc. Nor is the tea entirely without its downsides: according to some of the scientists who spoke to NPR, the taste isn’t for everyone, which is one barrier that needs to be surmounted before widespread adoption.

There are other challenges, too. Making wormwood tea isn’t simply a matter of brewing it, drinking it, and being done with the worms. The tea needs to be brewed correctly; if it isn’t strong enough, it won’t be effective in getting rid of the worms, and if it’s too strong, the bitter taste of the tea might put people off even more than usual.

The tea also isn’t a one-dose affair. In order for it to work properly, it needs to be taken each day over the course of a week. If people don’t keeping to proper dosing guidelines, then the tea might not be effective at getting rid of the worms.

Another problem, somewhat thornier than those listed above: right now, the fight against snail fever doesn’t hinge on finding an effective medication to get rid of the worms. We already have that in praziquantel. Despite the headaches and nausea that sometimes appear as side effects, the drug works well for ridding the body of worms.

The real problem with snail fever, and the crux of the fight against it, isn’t that it’s hard to cure; it’s that people are often re-infected after they’ve been cured. Pushing back against the disease involves treating individuals, but that treatment is no good if they’re repeatedly exposed to the original source of the disease. Neither wormwood tea or praziquantel will lend an individual immunity to infection. If you’re gathering water from a source where the worms are breeding, then you can get snail fever, be cured of it by pill or by tea, and get it again the next time that you go to bathe or gather water for washing or cooking.

The life cycle of the worm that causes snail fever goes like this: human waste containing the snail fever eggs is introduced to a water source. The eggs hatch, and the young flatworms find a snail that they can infect in order to continue the cycle. Once the worms have grown to maturity in the snails, they re-emerge into the water, looking for a human host to infect. It’s only after they’ve infected the host that their eggs can emerge through the host’s urine or feces. If that waste finds its way to water with the snails that the worm needs to grow to maturity, then the cycle will continue.

That means that the fight against the parasite doesn’t begin or end with treatment. It’s all about breaking the cycle. The worms need to be denied these steps if they’re to be wiped out. More than anything else, that means managing water sources so that worms can’t breed there. That means separating human waste from those water sources, or denying the worms the snails, or making sure that people aren’t exposed to water with adult worms looking for a host through which they can pass their eggs.

Breaking the cycle is about education, wastewater management, and access to clean water. Expanding the pool of available treatments is one step, and wormwood tea seems to hold real promise, but defeating snail fever will require a broader program, one that goes beyond treatment.