Posted in Food Safety,Yersinia on February 5, 2019 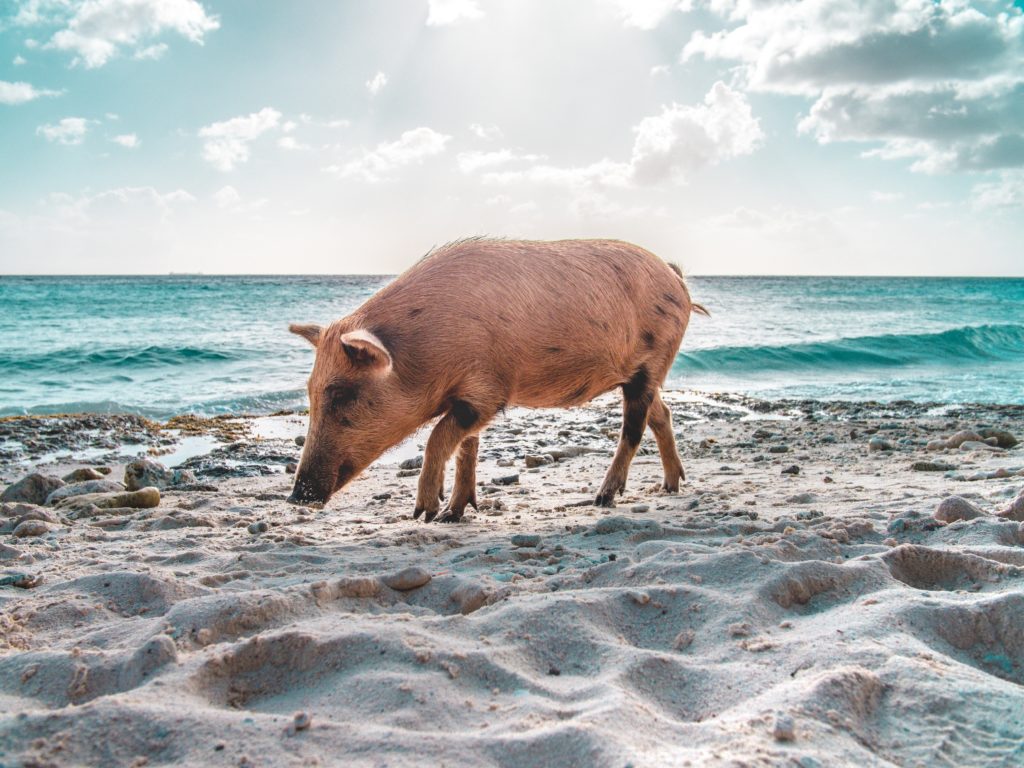 Yersinia.  It is a very pretty name for a person, but describes a pretty terrible bacterium.  The most commonly known species of Yersenia is Yersinia pestis.  Better known as plague or black death.  That species is generally transmitted via animals.  The less famous illness associated with Yersenia lurks in the shadows and threatens each of us more than plague.  I’m talking about the underrated Yersiniosis.  Yersiniosis is the foodborne illness associated with this harmful bacterium often transmitted the usual way that foodborne illness goes, fecal-oral.  Yersinia enterocolitica is the most commonly transmitted, followed by Yersinia pseudotuberculosis.

Infection often starts with a self-limiting (doesn’t grow out of control) acute infection that starts in the intestine and then spreads to the mesenteric lymph nodes (the ones that attach to the abdominal wall).  While Yersiniosis doesn’t knock down a normally healthy individual too bad, someone with a compromised immune system may experience more serious infection, possibly leading to chronic conditions such as reactive arthritis.  Children and infants, due to their immature immune system, will often experience acute gastroenteritis.  Older children may experience complications such as pseudoappendicular syndrome (presents symptoms similar to that of appendicitis with abdominal pain on the right side of the body), mycotic aneurysms (aneurysms caused by infection), and sepsis (severe infection, often of the blood).  Most symptoms do not appear for 4 to 7 days after exposure.

Healthy individuals often recover with no major complications, but immunocompromised people have a mortality rate as high as 50%.  This is often due to systemic bacterial dissemination.

The Yersenia bacteria are hardy buggers.  They can persist in a stable state even in nonculturable environments.  They can even grow and thrive in refrigeration temperatures.  This, in addition to lack of surveillance of this foodborne illness suggests that the Yerseniosis could be more prevalent and underdiagnosed than some of the more famous bugs.

Most foodborne illness are monitored with public surveillance programs, such as PulseNet.  PulseNet is a national laboratory network (consisting of 83 domestic laboratories) designed to use bacterial DNA fingerprints to connect foodborne illness cases.  This linkage helps to detect outbreaks on a local and multi-state scale.  This network, started in 1996 has improved food safety systems and identified countless outbreaks which allowed investigators to more quickly identify the source and alert the public sooner.

Despite the association of Yersinia bacteria with food poisoning world-wide, it is still not part of PulseNet or any public surveillance program for that matter. However, one organization known as the Foodborne Diseases Active Surveillance Network – also known as FoodNet, that keeps tabs on foodborne diseases does monitor Yersenia infection.  At least those that are reported.  Between 1996 and 2007, FoodNet reported 1,355 Yersinia enterocolitica cases and 18 Yersinia pseudotuberculosis cases.  Center for Disease Control and Prevention (CDC) statistics are much higher, at about 117,000 illnesses resulting in around 640 hospitalization and 35 deaths in the United States each year.  Though this data does not specify foodborne infection or other types of infection.

Currently, no standard exists that reporting systems can use to identify and effectively compare trends for this bacteria.

While Yersenia enterocolitica and Yersinia pseudotuberculosis have been isolated from meat, fresh produce, and milk, it is often missed due to detection difficulties.  Various strains of Yersenia enterocolitica can be identified with pulsed-field gel electrophoresis (PFGE) – a type of genetic analysis.  Unfortunately, there is currently no standardized test or database that allows for consistent identification.

How Yersenia Infects the Body

Infection occurs when a person consumes contaminated food or water.  According to the CDC, raw or undercooked pork is the most common source of infection, as pigs are a major animal reservoir for the types of Yersenia that can cause human illness.  Rodents, rabbits, sheep, cattle, horses, dogs and cats can also carry strains of Yersenia that can cause human illness.  This infection originates from feces from infected animals or even people who are infected that have handled food or drink.  Fecal-oral transmission is just as gross as you might imagine it to be.  Though it doesn’t take much to spread disease.  Even microscopic amounts of poop too small for your eyes to see can cause a terrible infection.  Hygiene, in addition to safe foods and drinks are keys to avoiding infection.

After the bacteria are consumed, it begins its journey through the digestive system.  The bacteria make it to the intestines and adhere to the small intestinal wall on epithelial cells.  Eventually they cross the intestinal barriers and can spread to lymphoid tissues from there and onto the ileum, the spleen, and even the liver (though less common).

Yersenia bacteria act in a two-fold invasion.  The first is characterized by a “quiet” period.  For the first 36 to 48 hours, the bacteria replicate without affecting the host.  This delays immune response.  After the bacteria have increased their numbers, they begin to activate and cause an acute inflammatory response in the infected tissues and lymph nodes.  How these bacteria can turn on and off the inflammatory response is not fully understood at this time.

Prevention is always the best way to combat any type of infection.  Observe these prevention tips to help keep you and your family safe from Yersinia infection.