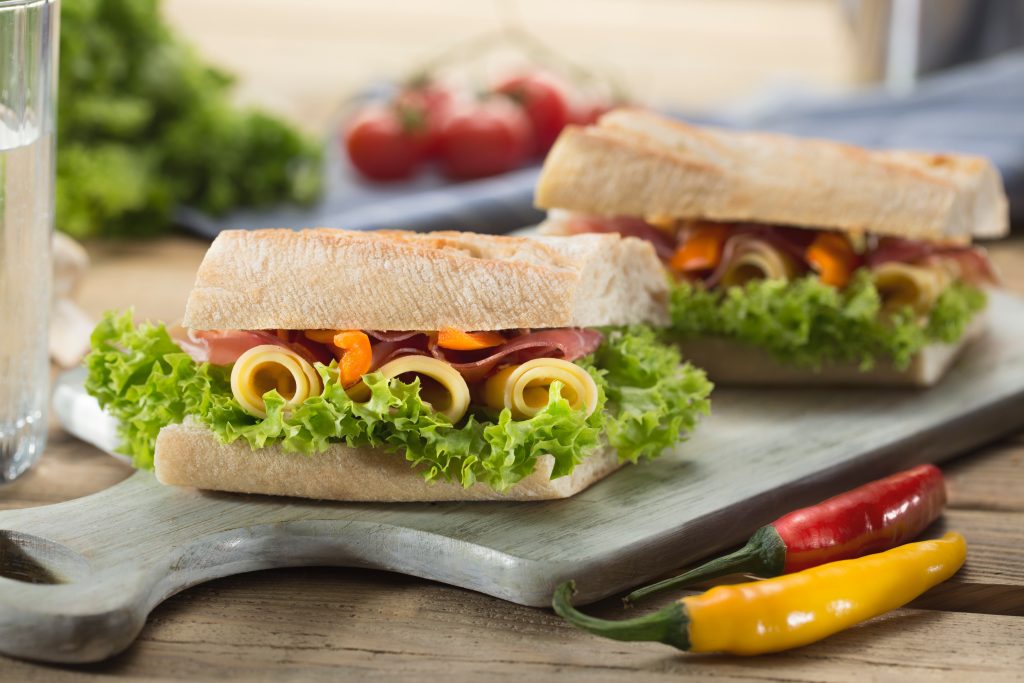 The CDC has announced that Listeria has been traced to deli meats and cheese in six states, causing 16 infections and one death across six states. Here is what we know about this Deli Meat and Cheese Listeria Outbreak:

The CDC, along with state public health officials, the federal Food and Drug Administration and the Department of Agriculture, are working to identify additional delis and specific products linked to the spread. Information collected so far shows that deli meat and cheese purchased at deli counters in multiple states are the likely sources of this outbreak.

Epidemiologic and laboratory data show that meat and cheese from deli counters contaminated with Listeria are making people sick. Investigators are still working to identify any specific products or delis that may be contaminated with the outbreak strain.

As of November 9, 2022, 16 people infected with the outbreak strain of Listeria have been reported from 6 states (see map). Sick people’s samples were collected from April 17, 2021, to September 29, 2022 (see timeline). The true number of sick people in this outbreak is likely higher than the number reported, and the outbreak may not be limited to the states with known illnesses. This is because some people recover without medical care and are not tested for Listeria. In addition, recent illnesses may not yet be reported as it usually takes 3 to 4 weeks to determine if a sick person is part of an outbreak.

Public health officials collect information about the age, ethnicity, and other demographics of sick people, and the types of foods they have eaten, to provide clues that can help identify the source of the outbreak. Sick people range in age from 38 to 92 years, with a median age of 74, and 62% are male. Of 13 people with ethnicity information available, 11 are of Eastern European background or speak Russian. Of 14 people with information available, 13 have been hospitalized, including one Maryland resident who died. One person got sick during their pregnancy, resulting in pregnancy loss.

State and local public health officials are interviewing people about the foods they ate in the month before they got sick. Of the 12 people interviewed, 11 reported eating meat or cheese from deli counters. Among seven sick people in New York, five bought sliced deli meat or cheese from at least one location of NetCost Market, a grocery store chain that sells international foods. Sick people from other states purchased deli meats or cheeses from other delis.

Investigators do not believe that NetCost Market delis are the only source of illnesses because some sick people in the outbreak did not shop at a NetCost Market. A contaminated food likely introduced the outbreak strain of Listeria into delis in multiple states.

There were seven infections in New York, three in Maryland (one of whom died), one in New Jersey, two in Massachusetts, two in Illinois and one in California from April 2021 to September 2022.

Of those infected from New York, five reported buying deli meat at a NetCost Market location, a grocery store where the bacteria was previously identified in October 2021, though investigators believe there are other delis involved in the current outbreak.

It is difficult for investigators to identify a single food as the source of outbreaks linked to deli meats and cheeses. This is because Listeria spreads easily between food and the deli environment and can persist for a long time in deli display cases and on equipment. A contaminated food likely introduced the outbreak strain of Listeria into delis in multiple states. Investigators are working to identify any specific products or delis that may be contaminated with the outbreak strain.

Deli meats (cold cuts, lunch meats, hot dogs, and pâtés sold at the deli) and cheeses are known sources of Listeria illnesses. This is because Listeria can easily spread among food on deli countertops, deli slicers, surfaces, and hands. Listeria is a hardy germ that can be difficult to fully remove once it is in the deli. It can survive and grow at cold temperatures in the refrigerator.

This is not the first time NetCost has been involved in a Listeria outbreak. Last year, the  New York City (NYC) Health Department is investigating a cluster of three patients who tested positive for Listeria monocytogenes and whose clinical isolates are highly related to each other by whole genome sequencing (WGS). All three patients reside in Brooklyn. Diagnosis dates for these patients ranged from 6/30/21 – 7/20/21 and all were ≥ 50 years of age. All three patients were hospitalized and there have been no deaths associated with this cluster. All three patients reported shopping at NetCost Market (3100 Ocean Ave, Brooklyn, NY 11235) and purchasing ready-to-eat products from the deli counter prior to illness onset. Food and environmental specimens collected at the deli area were found to be highly related to the NYC clinical isolates by WGS.

If you were diagnosed with Listeria in this Deli Meat and Cheese Listeria Outbreak and want to make a legal claim for compensation, we can help. Our Listeria lawyer can help you pursue compensation for your Listeria food poisoning.  Call us for a free no obligation legal consultation at (833) 330-3663 or send us an e-mail here.